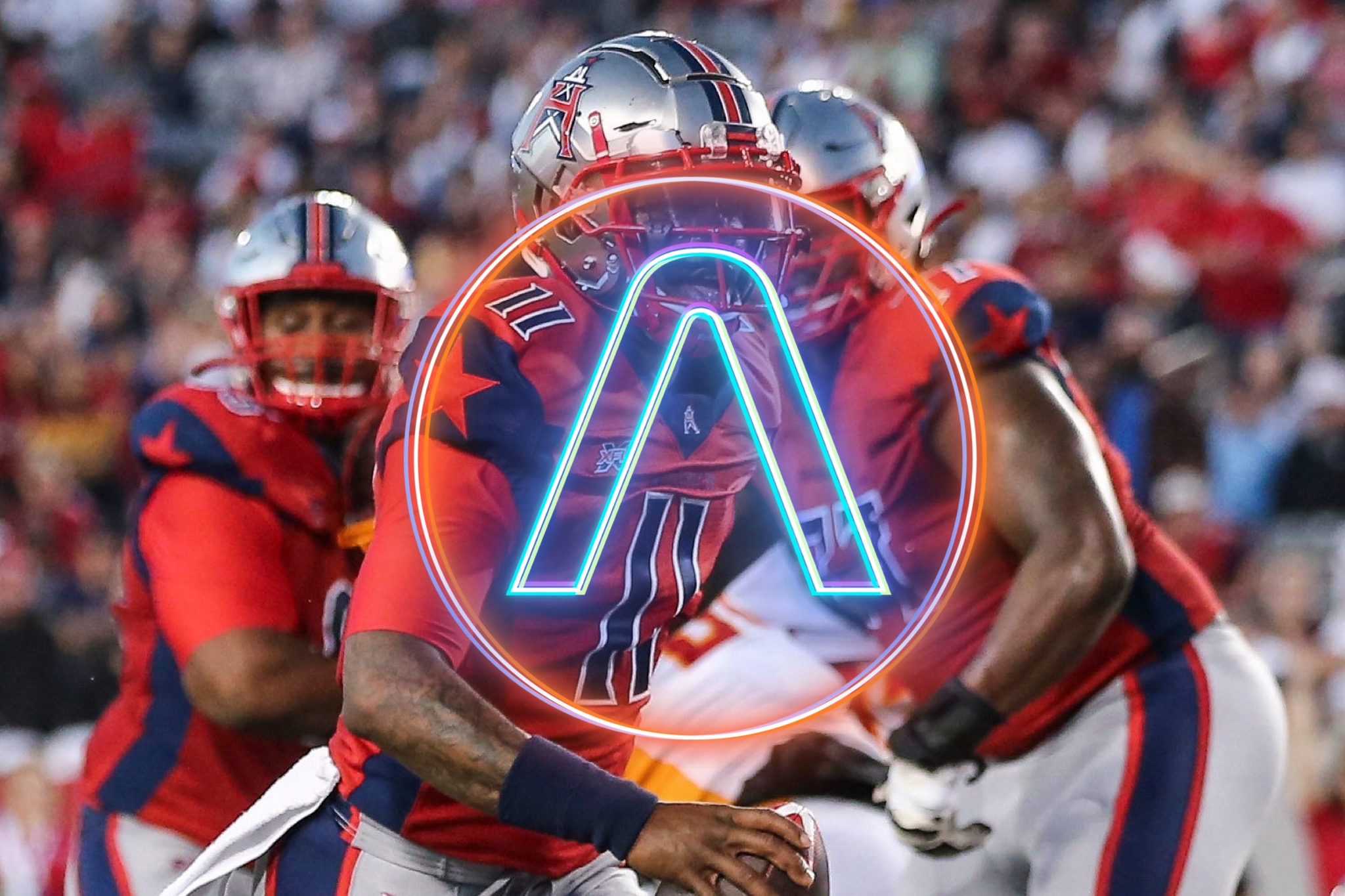 It might not be your favorite sport. You might not be a person that dedicates 12+ hours per week to the NFL every Sunday. You may be a casual onlooker, or you may even despise the NFL altogether. That doesn’t change the fact that Houston is, always has been, and likely always will be a football town first. What does that mean? It doesn’t mean that the other major sports teams here don’t have their share of fanatics. It only means that the Houston Texans are the team that pulls the most eyeballs, puts the most asses in seats, sells the most merchandise, has never gone a day in their franchise’s history without selling out a game, and will get the most local media attention. Whatever you think about the Texans and the NFL in general, Houston is a football city, and no other position is more important to football than the quarterback. The history of the Houston Texans is one that is as devoid of quarterback talent as the Dallas Cowboys last two decades are devoid of relevance. That is until Deshaun Watson showed up. It didn’t take long after the Texans drafted Deshaun for another quarterback to arrive and take Houston by storm. A city that hasn’t seen any excitement at that position in 20+ years now has two of the most exciting gunslingers across the sport, and it makes life as a football fan so much more enjoyable.

The Storied History of Houston’s Only Two Good Quarterbacks

My family was not a football (or sports in general) family until the early 2000s. My dad was born into a military family; my mom was from Northern California. Neither of them developed any real interest in sports until I started playing football in junior high. I never watched the Oilers outside of highlights, and I wasn’t alive for the Houston Gamblers (owners of the second-best sports name in Houston history behind the Houston Colt .45s.) I do know that both teams produced their fair share of good quarterbacks. Warren Moon is pretty much universally recognized as the greatest quarterback to ever wear a Houston jersey, and for a good reason. He did not show up in the NFL till his age 28 season, but still, put up some gaudy numbers. He was a Pro-Bowler 6 years in a row for the Oilers and led the league in passing yards in 1990 and 1991 (4,689 yards and 4,690 respectively). That same 1990 season, he led the league in TD passes and was named Offensive Player of the Year. He was elected into the Pro Football Hall of Fame in 2006, becoming both the first Canadian Football Hall of Fame player, first undrafted quarterback, and first African-American quarterback honored; he was elected in his first year of eligibility. Jim Kelly is known for leading the Buffalo Bills to 4 straight Super Bowls in the 90s. Like Moon, he played in an offense that was ahead of its time in terms of passing volume, but he didn’t start his career in Buffalo, nor was that the most explosive offense he led. The Houston Gamblers were members of the USFL, a springtime football league like the current XFL. Jim Kelly was their quarterback for two seasons, and frankly, they were two of the best seasons a quarterback has ever had. Per Wikipedia:

“In two seasons in Houston leading offensive coach Mouse Davis’s run-and-shoot offense, Kelly threw for 9,842 yards and 83 touchdowns, completing 63% with an average of 8.53 yards per attempt…He was the USFL MVP in 1984 when he set a league record with 5,219 yards passing, and 44 touchdown passes. Kelly’s USFL records eclipsed those of fellow league quarterbacks Doug Williams and Steve Young.”

Kelly threw for 574 yards (!!!) and 5 TDs (3 of which came on the final three drives) to beat the LA Express in a contest Sports Illustrated referred to as “The Greatest Game No One Saw.” There have been other quarterbacks who had moments here, but those two are likely recognized as the best (which is telling of quarterback history in Houston that it’s second-best QB of all-time played here for two years in the USFL. Again, my familiarity with these non-Texans Houston players is only from highlights and research. The first quarterback I remember vividly as a Houston product was David Carr.

“With the first pick in the NFL draft…”

The Houston Texans were preparing for their inaugural season in 2002 and needed a face of the franchise to lead the team. They had the number 1 pick in the draft by means of being a new franchise, and they selected David Carr, the quarterback out of Fresno State, with that pick. They followed that pick by adding weapons for him to throw to and even had articles written about how well constructed the team was. The first game in franchise history resulted in the Texans beating the rival Dallas Cowboys 19-10. It was mostly all downhill from there. David Carr was an awful quarterback. A common excuse was that he was never given a proper offensive line; thus, he became shell-shocked due to all the punishment he took. Another common excuse was that the team failed to provide him with the appropriate weapons to succeed (Future HOFer Andre Johnson was drafted the next year, but alas). The bad times were embarrassing, yet somehow the smallest accomplishments were even more embarrassing. The Texans released David Carr in 2007, one day after signing their new starting QB, Matt Schaub. Schaub would go on to be a successful QB for the Texans, leading the franchise to their first .500 season despite an injury-plagued year. The 2009 season would see Schaub lead the Texans to their first-ever winning season in which they went 9-7, and Schaub won Pro Bowl MVP. The 2011 seasons saw the team start 7-3 before Schaub went to the IR with a Lisfranc injury. The 2012 Texans (perhaps the best team in Texans history) went 12-4 and were seen by many as a legitimate Super Bowl contender. They lost in the second round to the Patriots, 41-28. Schaub would spend his next season throwing pick-6’s in 4 consecutive games, getting injured, and losing his starting spot to Case Keenum. He was traded to Oakland in 2014, and the subsequent QB carousel for the Texans ranged anywhere from mediocre to ugly to downright embarrassing, and that’s without even mentioning whatever the hell this is. The 2017 draft would change all that.

“If they pass on Deshaun Watson, they’re passing on Michael Jordan.” Clemson head coach Dabo Sweeney said this before the 2017 NFL Draft in regards to Cleveland potentially passing on the QB with the #1 overall pick (this pick was subsequently used on Myles Garrett with Chicago moving up to draft North Carolina QB Mitchell Trubisky with the second pick). Deshaun was drafted by the Texans with the 12th pick, won the starting job in the second half of his first game, and never looked back. I don’t want to speak for everyone, but this run in his second professional game is when the city knew it had its first REAL quarterback in a very long time. Deshaun is easily the best quarterback the Texans have ever had and will likely go down as the best quarterback in Houston’s history. There was the game he dropped 5 TDs against the rival Titans. There was the game he dropped 5 TDs against the Chiefs. There was the game he dropped 5 TDs against the Dolphins. He had the shoot-outs with Russell Wilson’s Seahawks and Tom Brady’s Patriots. He dismantled the Patriots, and their #1 ranked defense last year marking the first time the Texans beat New England in their previous nine games. Oh, and he did this in the playoffs last year. Deshaun has been the answer to the long-asked prayers of Texans fans for a real quarterback. He is mobile, accurate, fearless. He is a natural-born leader. He is great in the locker room and off the field. He is obsessed with getting better. He doesn’t want to be great; he wants to the best. He is everything you would want in a quarterback and he plays for a city that was starved of good quarterback play for far too long. Every time he takes the field, it’s must-see TV. The off-season always brings a bit of sadness knowing that you have to wait until next year to see what kind of magic Deshaun will come up with next. He gives Houston the best chance they have ever had at winning a Super Bowl, but there’s a new quarterback in town who might bring the city a title first.

Houston was announced as one of the eight charter teams of the 2020 XFL last December. The XFL is a spring football league making its second attempt at providing a football alternative after it was first disastrous attempt in 2001. The league knew that to succeed this time, it would need competent play to hold the attention of football hungry fans. Houston, as previously stated, is a football town filled with people who love the game, so they were a natural fit as a city to have a team. The Roughnecks hired offensive guru June Jones as their coach and were assigned quarterback PJ Walker. Walker was an undrafted free agent out of Temple who had been cut multiple times by the Indianapolis Colts. The Roughnecks would still draft quarterback Connor Cook with the 2nd overall pick as an insurance policy to PJ Walker, but PJ has proved he is the one for the job. The quarterback is currently the dynamo behind the most explosive offense in the league. He leads the XFL through 4 weeks with 987 passing yards. He has thrown for 12 TDs and rushed for 1, and those 13 combined TDs are more than EVERY OTHER TEAM in the league has scored. The Roughnecks are the only undefeated team left in the XFL meaning the next game (if ever) that PJ loses in this league will be the first. PJ will stand in the pocket and make a tough throw with the defender coming at him full speed. He’ll make something out of nothing routinely. He’s shown that he can escape the pocket and make plays on his own. He’s made plays that are just downright silly. He was seen as too small to play in the NFL, but his size never stopped him from running people over. He is easily the most exciting player in the most impressive system on the most exciting team in the league. He is the front runner for MVP with no close second, and he has made the Roughnecks the favorites to win the title. He and Deshaun have ushered in The Golden Age of the Houston Quarterback.