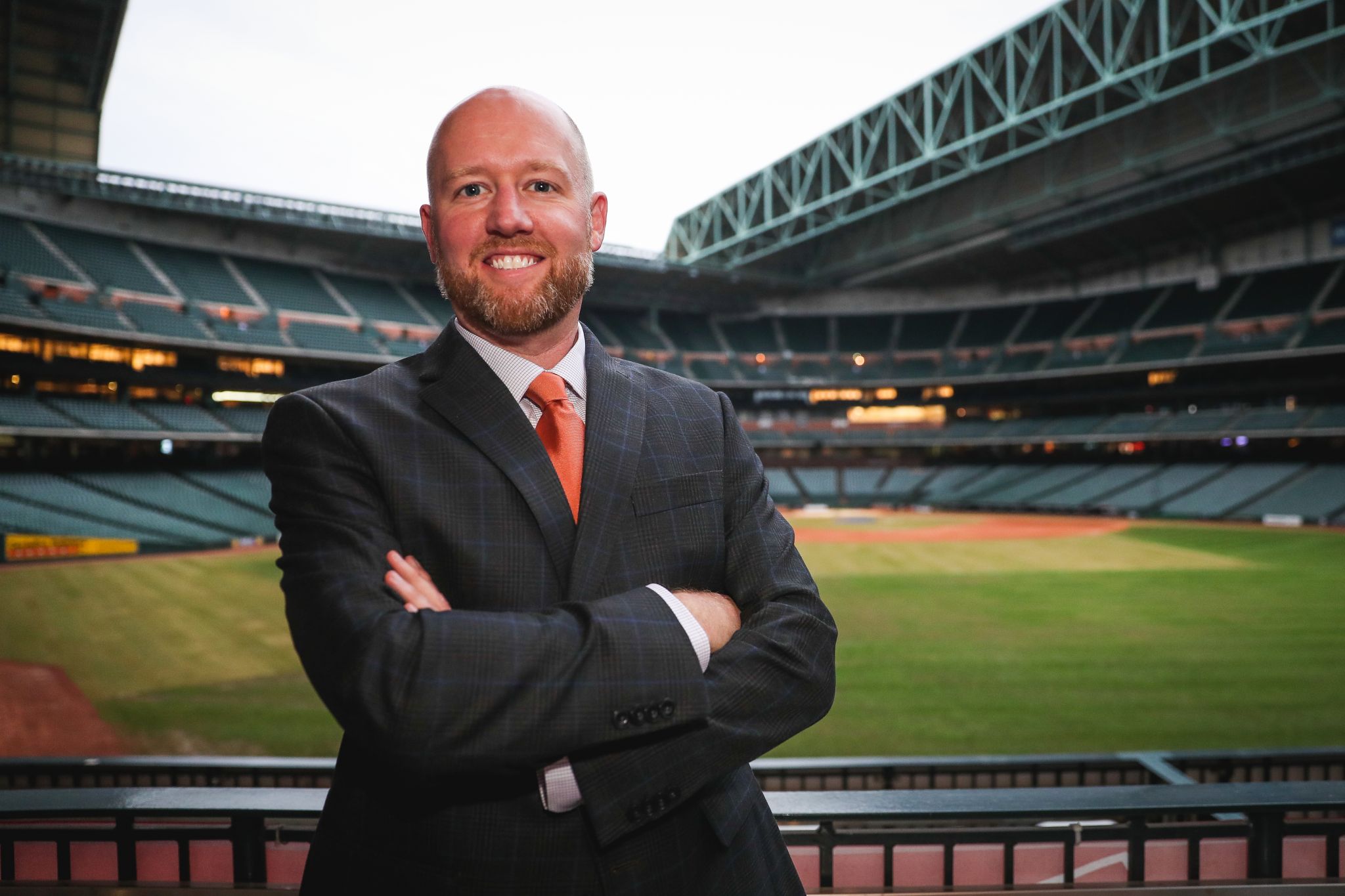 There was absolutely nothing ordinary about this year’s MLB draft, and even less so for your Houston Astros. For reasons we’re all aware of, Houston’s first selection of this 5-round draft was pick 72, the compensation pick for Gerrit Cole being a representative of himself in the offseason. James Click and company turned that into…

Santos was a consensus top-60 prospect, so the Astros certainly got some value in that respect. The righty stands 6’3, 185 lbs, and is 18 years old. He also grew up a Yankees fan in the Bronx, but let’s try not to hold that against him too much. The Astros have some limited success with compensation pick high school pitchers, as Lance McCullers can testify to from the 2012 draft. Santos is a different type of pitcher than the typical flamethrowers we’ve seen come through the Astros system as of late but has projectability that scouts are dreaming on.
He boasts a three-pitch mix, with above-average fastball command for his age, and the ability to run it up to 95 MPH. His fastball grades out as above average (55), while the slider and changeup both flash plus potential. Santos possesses a smooth delivery and the ability to take 92-93 MPH deep into ball games; something prep pitchers often struggle with. What makes him stand out, though, is his fastball spin rate. At only 18, he would already have an above-average spin rate on his fastball in today’s MLB, averaging around 2600 RPM on that pitch, and with 94% spin efficiency. Astros player development is undoubtedly hoping to unleash a slight uptick in his velocity – hoping to turn him into a devastating mid-90’s fastball and slider machine, something like 2019’s Jack Flaherty.

With the top of the Astros current rotation set to retire long before Santos’s expected Major League ETA, taking a high school arm was not unexpected here. The value proposition in being able to scoop up one projected to be long gone before the Astros’ pick was undoubtedly too good to pass up. Santos has indicated he will sign with the Astros, forgoing his Maryland commitment.

Tyler Brown is an interesting pick. In April of this year, a Vanderbilt writer reported that Tyler Brown had confirmed he will be “coming back to Vanderbilt no matter what happens in the draft”. Not often do you have more of a question of signability in the college arm than the high school one. However, as of June 12th he has put the Astros in his social media bios, and seems eager to get his professional career going.

Regardless, Tyler Brown as a player represents a nice addition to the farm system. He has an explosive delivery that all Vandy pitchers seem to employ, sitting in the lower 90’s with movement and the ability to reach back for more, all the way up to 96 MPH. His offspeed flashes excellent K potential, and Vanderbilt has used him in a closing role. With a large 6’4 frame and a repeatable delivery, it is not out of the question for Astros player development to try to shape him into a starting pitcher, but as-is Brown represents a high-floor reliever with little polish needed to contribute in an MLB bullpen, and is already nearly 22 years old. As far as arms go, it’s hard to find any with such a combination of raw talent and big stage experience at the back end of the third round. Brown slots in nicely with the Cristian Javier tier of pitchers in the system, and I would expect for him to compete for a roster spot via spring training as early as 2021.

And at pick 131 came the college bat we were all expecting. Outfield depth is at an all-time low in the current system (save for the hopeful signing of Pedro Leon this July), so Click and company surely wanted to go out and get a safe outfielder that could hopefully contribute within the next few years. In Zach Daniels, they got a nice mix of a toolsy outfielder with a relatively high floor, combined with some upside if he can straighten out the strikeouts. Simply put, the guy is an athlete. A 6.4 60 yard dash gives him above average speed, and his swing is short, compact, and powerful. In his breakout junior year, he slashed .357/.478/.750, giving him a 1.228 OPS in the shortened season. The arm grades out as average at best, and he had struggled with strikeouts his entire career up until he got hot in the shortened season, so look for the Astros development staff to adjust his approach as he works his way through the minors. He reminds me of a right-handed Ronnie Dawson, another recent Astros draftee as a raw college bat.

While I expected another arm to be taken, the Astros once again elected to go with a high floor player in Shay Whitcomb. At 6’3, 200 lbs he’s a little large for a college shortstop, and most scouts agree he is much better suited for second base in the majors, due in large part to his spotty defense in college. The bat is as consistent as they come, however, with excellent barrel control and an above average contact tool. In his three year collegiate career, Whitcomb averaged a .315/.423/.516 slash line, good for a .939 OPS. While Daniels’ success may be looked at as a little fluky by some, Whitcomb mashed for a 540 AB sample size. The defense will need to improve, but Whitcomb has an advanced approach that should allow him to rise through the system quickly. Whitcomb reminds me of a young D.J Lemahieu in playstyle, but grades out as unlikely to reach that sort of MLB peak.

With the draft only being 5 rounds, there are going to be an unreasonable amount of steals to be found in the undrafted free agent market. I’m sure James Click is already on the phone at that garage sale desk of his, and we at Apollo Media are going to keep you updated every step of the way.
In Click we trust.