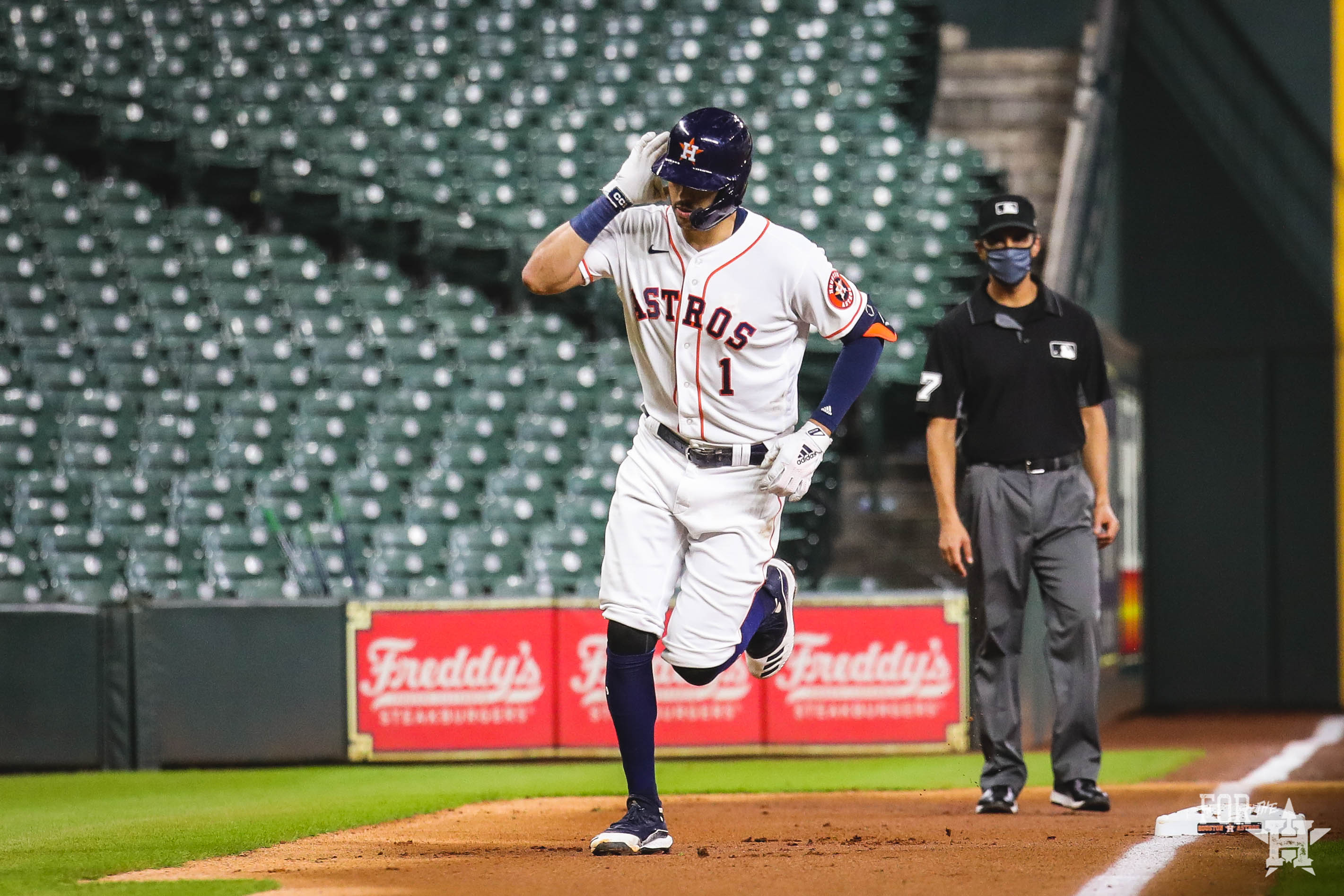 Johnson & Bird, Nicklaus & Palmer, Ali & Frazier; sports are inherently made better when 1-on-1 rivalries exist between 2 greats, and we got a damn good case brewing in the weird west this year with Correa v Bellinger. The rivalry begins, I’m sure, with a disgruntled Cody Bellinger watching Carlos Correa hoist up the 2017 World Series trophy. That 17’ Dodgers team was one of the deadliest ever assembled, it was built for a championship, and Cody knew his 16 K performance was a main factor in squashing that dream.

Flash forward 2 years later to the break of the Astros sign-stealing scandal, and Cody all of the sudden feels a sense of vindication for his piss poor World Series performance. He immediately begins claiming that Houston cheated him out of World Series, making sure to condemn every Astro player along the way. The very next day, Carlos Correa delivers a message directly into a television camera, one that is quite bluntly directed towards Cody Bellinger, exclaiming that “if you don’t know the facts, then shut the fuck up”.

2 weeks after that, the biggest newspaper in Bellinger’s own team’s city (the LA Times) releases a comprehensive report that outlines 2 key points; I: The Astros’ endeavors were all for not, as they actually performed much worse at the plate when trying to utilize the system – II: The Astros’ sign relaying tactics only took place during a 3 month period within the regular season, they abandoned the tactic because it simply didn’t work. Cody is asked if he’d uphold his previous comments after the story broke, and not only did he stand by them, he proceeded to further them. Once fans from all across the league began flocking to take part in the Astros shame tour, players like Bellinger, Bauer & Judge (who were all well aware that electronic sign stealing had been a league wide practice) knew that they had cover to take out their personal vendettas against the Astros.

At this point, Cody (publicly, at least) believed that Carlos & his teammates cheated him out of a ring – Carlos felt like he jaywalked & Cody accused him of murder. Neither was quite fond of the other. The fire of feud was well lit between the 2, but seemed to simmer down a bit with the whole world falling apart thing. That was at least until the MLB announced its return to play proposal, essentially placing the Astros & Dodgers in the same division. They kinda screwed the people by only giving them 2 games here & us 2 games there, but every matchup should just mean that much more, and game 1 of this 4-game season set between the 2 juggernauts on Tuesday night proved that we’re gonna be in for a show.

In the top of the 4th, 2 innings after a Carlos Correa Crawford Box cock shot, Cody Bellinger grounded out up the middle & was immediately met with a “go sit the fuck down” point to the dugout from CC. Bottom of the 6th rolls around and Joe Kelly seems intent on doming nearly every Astros’ hitter, that goggled glizzy gobbler even took it so far to throw a 3-0 fastball behind Alex Bregman’s head. Kelly eventually ended the inning by striking out Carlos after multiple very high/very inside pitches, then apparently felt the need to muster up the courage of a bullied 4th grader and squealed out “nIcE sWiNg BiTcH”. Our king obviously chirped back, then the benches cleared, but both sides wound up peacefully retreating, for now at least…

The Astros v Dodgers rivalry is extremely deep in history & the fire between the 2 has been rekindled in recent years, but the heat of the battle has become isolated around these two shit-talking superstars. A #1 overall pick + Rookie of the Year & a MVP; 2 absolute studs who fucking hate each other, what more can ya ask for? In game 1, the Astros pitched Framber Valdez & about 8 minor leaguers, so that 5-2 loss was already in the ‘probable’ column before the game even started. Doesn’t matter though, they’ve chosen to awake the beast, so now everyone’s fucked. For the record, Carlos’ 3-4 day far outperformed Cody’s 1-5 outing, js. Game 2 kicks off Wednesday 6:10CST @ the Juice Box, and I gotta feeling that the whole nation is gonna be tuning in to watch these 2 phenoms scrap it out. See ya there.

-Taylor A. Jackson (AKA TheJuiceBoxJunkie)