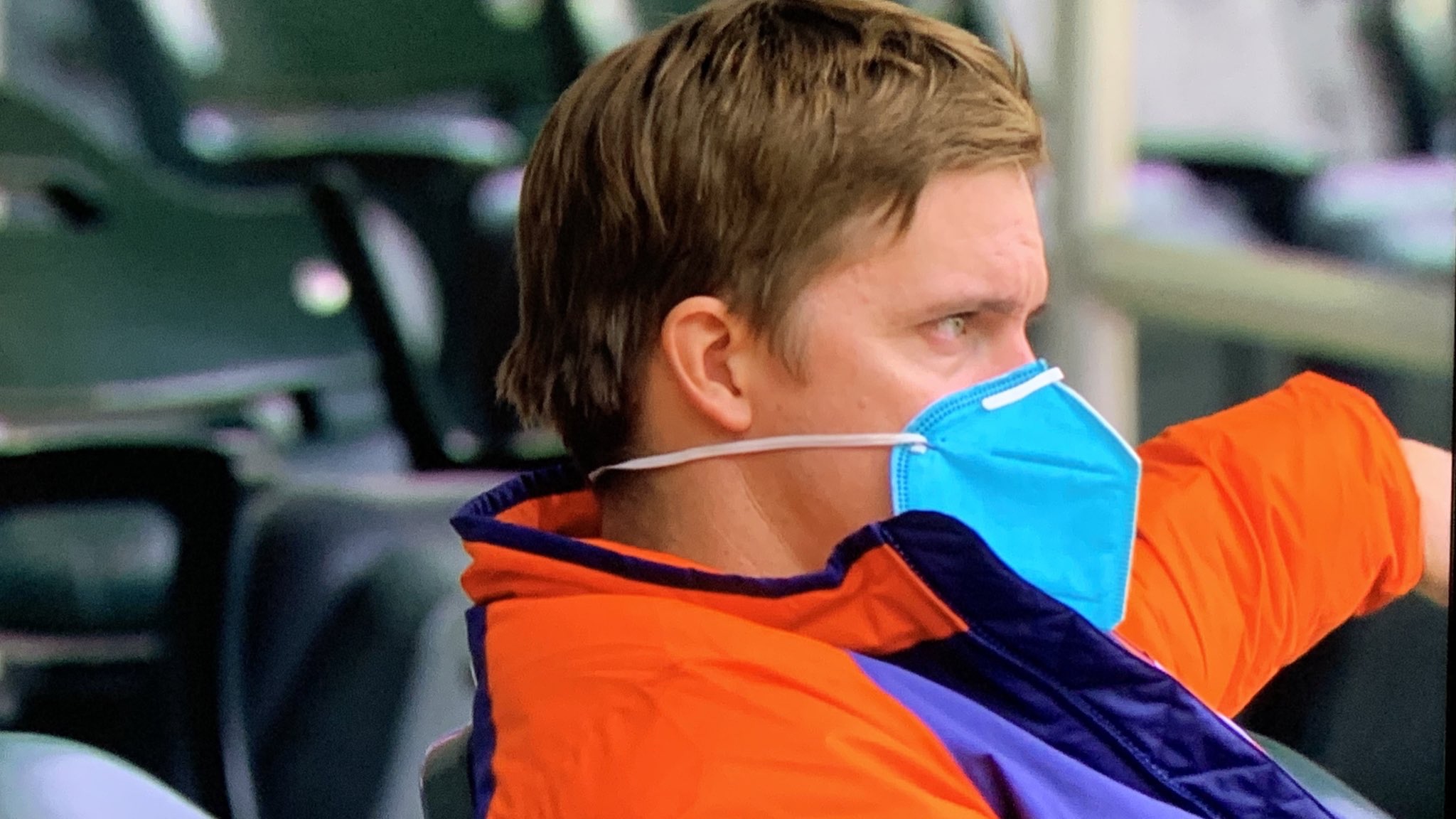 I have no idea how they did it, but they did it. Maeda pitched a bunch of scoreless innings while throwing meatballs and Josh Reddick couldn’t hit a meatball even if he tried just a little bit harder. Reddick also misjudged a hit off the wall to give the Twins their only run of the game. Josh Reddick is on the shit list.

Then came the moment in time where an Astros manager pulled Zack Greinke out of the game too early and disaster was on the doorsteps of Astros fans everywhere. Enter Framber Valdez. Our beautiful staff ace came in and tossed a wonderful five scoreless innings to notch the first win of the postseason for the Astros. Valdez did what he did all season, he shoved. Granted, the Twins hadn’t really hit the ball well off of Greinke, Valdez came in and the Twins’ contact got even weaker. It looked like there were holes in their bats, it was majestic.

Alex Bregman might not have had a hot day at the plate, but boy, did he ever play the hot corner well.

This saved the first run of the game and was a huge momentum swing in no one’s favor. The Astros still couldn’t hit and the Twins didn’t really hit much of the rest of the game, aside from the third inning when Nelson Cruz did what he did. Bregman did the thing again, too.

The ninth inning rolls around and I’m shaking in my boots. Another extra innings loss incoming? A walk off for the Twins on the way? Nope. Weird shit happened in the top of the ninth inning and I’m eternally grateful the weird shit happened in favor of the Astros. Two blooping hits from Yuli and Correa. Followed by a horrendous pop out from Josh Reddick (who could’ve guessed). Machete flied out during the next at bat. Were the Astros about to strand two more base runners this game? Nope. George Springer is at the plate, you probably expect him to single through the middle again to get the go ahead run, don’t you? Nope. A typical ground ball to end the inning, only there was an error on the catch at second base and everyone was safe.

Next, the at bat of the game occurred where Jose Altuve laid off of four balls to walk in a run. They walked in the winning run! Of course the Astros weren’t done just yet. Uncle Mike came in and added some insurance while the Astros are one win away from advancing into the ALDS.

The trash cans are back, too, shoutout Dez.

Let’s steal another one tomorrow.