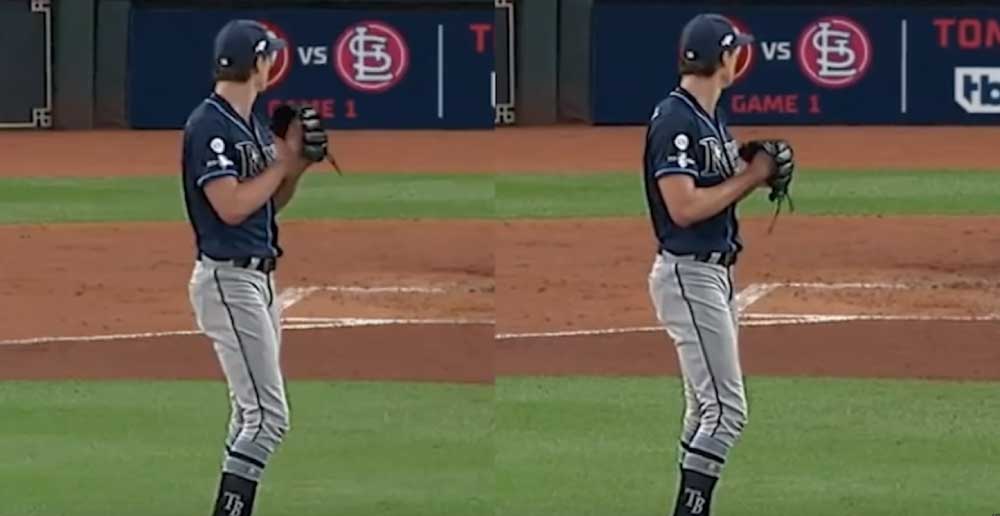 The Rays have made it past the evil empire. The Astros beat up on Oakland on the back of daytime Dodger Stadium turning into Coors Field 2.0. It’s time to preview the ALCS.

Those of you with particularly sharp memories may recall the Astros squeaked past the Rays in the 2019 ALDS, despite Tropicana Field acting as kryptonite to their batting order. Luckily, this series will be played in Petco Park, which should present little if any advantage to either team. However, these Rays have loaded up on some more young talent, and the Astros are JV, Yordan, and Osuna-less.

Before we go through the rosters, it is important to note that this seven game potential series will be played with no days off, an unprecedented playoff format. On first glance, this seems to benefit the Rays tremendously with their massive advantage in the bullpen. Let’s talk about why that may be a bit more nuanced than it first appears.

I tried to list the names out as they will most likely appear in the first 4 games of this series. The Rays fired all of their bullets against the Yankees, in a series that ended only 2 days before game 1 of the ALCS. Tyler Glasnow, as a consequence of that, will almost certainly be shelved until game 4, which would represent 4 days rest for him, fresh off a short outing on only 2 days rest. In the same vein, Greinke’s game 4 slot would offer him a full 5 days of rest. I expect an opener in game 3 for the Rays, feeding into Ryan Yarborough.

Cristian Javier is something of a versatile weapon for the Astros, and he could easily appear in relief for game 1 and then start in game 5, if the Astros decide to go that route. Or, they could use the thin bullpen traditionally and utilize CJ as a bonafide game 5 starter, giving Framber Valdez enough time to be fully rested for a game 6. The flow of the series will surely dictate that decision.

Where this series will get especially interesting is after game 4, where each team’s ace could absolutely use an extra day of rest, but may not be offered it. The Rays are built to more effectively throw bullpen games than the 2020 Astros, but interestingly neither Blake Snell nor Charlie Morton have been able to throw 6 innings in a single outing this year, and Tyler Glasnow does not often go deep into games either. There is a good chance that if a game 5 is forced the Rays bullpen, while significantly deeper and better than the Astros, is depleted in ways that Framber and Zack Greinke can help the good guys avoid, being the workhorses they are. And speaking of those relief strategies…

*Perez is who I would expect is added to the ALCS roster in place of Chas McCormick, according to Dusty Baker’s comments, although it may be Brandon Bailey or even Shawn Dubin, who has not yet debuted in 2020 but has an interesting case as an unseen arm.

So, Kevin Cash was not lying when he said he has a stable of guys who throw 98 MPH to retaliate during the Chapman-Brosseau fiasco (Brosseau got the last laugh, ending the Yankees season off a 100MPH Chapman fastball). The only Rays bullpen pieces that do NOT average 95+ MPH are John Curtiss (94), Trevor Richards (90), Aaron Slegers (91), and Ryan Thompson (92.8). Most of these guys are deceptive, with 3/4th arm slots. That’s a lot of velo heading the Astros way, and I still have nightmares of Diego Castillo in 2019. A potential saving grace of the Astros, though, are the injuries of Oliver Drake, Jose Alvarado, Jalen Beeks, Yonny Chirinos, and Chaz Roe. That’s a lot of injuries as well, and highlights how scary this bullpen would be at full strength. Another thing it highlights, potentially, is how much the Rays’ reputation as having an elite bullpen could skew perception. They’re missing half of it.

Unable to ride Enoli Paredes through all the high-leverage innings as they did in the 5 game ALDS, expect to see every name in the Astros bullpen at some point during this series, unless it is a 4 game sweep in either direction. Luis Garcia and Cy Sneed will be called upon to get either meaningful outs or to eat innings to save the other guys, two names who were never forced to throw in the ALDS. Josh James will still be used in high leverage situations, and there isn’t much that management can do about it. If these guys can’t get outs, there’s not much the Astros can do to win. However, if the bullpen is just average or better, the team matches up well. Aside from a rough Josh James inning against Oakland, the Astros bullpen has held together perfectly and stacks up as one of the best by the numbers. I think we can all agree they are overachieving, but don’t tell them that for another 8 games and we’re golden.

I won’t even try to run down an exhaustive list of Tampa’s lineup options, because there are a million of them. Just know that Randy Arozarena is baseball’s absolute hottest hitter alive (and reminds me heavily of a younger George Springer), and that the Rays will employ hitting platoons galore. Brosseau hammers lefties, Wendle and Choi hammer righties. Even with all of their trickery and lineup optimization – earlier this year the Rays ran out a lineup of 9 left handed bats against a RHP – the Astros provide a clear advantage in this department.

We know what the Astros lineup will look like, with some sure tinkering regarding who plays in the OF and who DHs from game to game. Knowing they’re going to be facing some of the nastiest stuff of the season, it will be important for them to work walks when given, and make these Rays arms work for every out. The ball probably will not be flying out of Petco the way it did daytime Dodger Stadium, so the games should be less home run derbies and therefore runs will be at a premium.

Thank you for reading. Astros in 5.