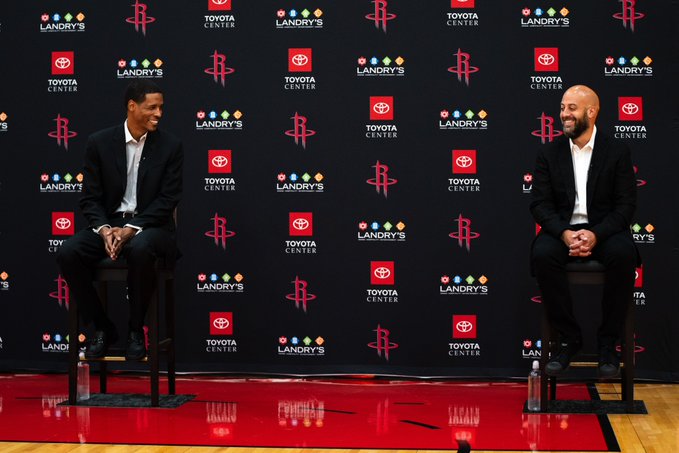 It’s safe to say that this offseason is one of the most important in the history of the Houston Rockets; James Harden has supposedly voiced his desires to be traded to the Brooklyn Nets to play with Kevin Durant again, while Russell Westbrook has also requested a trade. As if the future of the organization wasn’t already at stake, first-year general manager Rafael Stone and new head coach Stephen Silas are being put to the ultimate test early. Cap flexibility and replenishing the draft farm were two main goals entering the offseason for Stone, and on Monday evening he made his first move. Houston agreed to send defensive specialist Robert Covington to the Portland Trailblazers for Trevor Ariza, the 16th-overall pick in this year’s draft, and a protected first-rounder next year.

Not having made a first-round selection since taking Sam Dekker in the 2015 NBA Draft, Houston will be looking to hit a homerun in an already-murky draft class. Assuming that the Rockets plan on keeping the player they draft at 16, let’s take a look at the best fits for Space City.

*Note: Due to the Stepien rule, the Portland Trailblazers will technically make the selection officially, but the Rockets will likely tell them who to draft. After the selection, the two teams will be able to officially confirm the trade.*

Anthony has seen his draft stock decline over the past couple of months, but he still possesses some of the most potential in the class. For starters, his lone season at North Carolina is being unfairly held against him due to the Tar Heels’ woeful record. It needs to be pointed out that Anthony was forced to do it all while having minimal help from his teammates. The 6-foot-3 lead guard averaged 18.5 PPG (38/35/75 shooting splits) to go along with 5.7 RPG, 4.0 APG, and 1.3 SPG.

His shot efficiency was not terribly impressive, and he lacked defensive awareness at times as well; however, he is a dynamic athlete with three-level scoring potential. Not to mention, he competes on both ends of the court and actively attacks the glass on both ends of the court. Houston should be looking at a homerun swing, and Anthony has grand slam potential if he develops correctly.

There is a good chance that Lewis gets drafted in the late lottery, but if he slips down to 16, Houston needs to take a good hard look at him. In many ways, the Alabama product’s game shows shades of De’Aaron Fox: a quick guard with lightning downhill speed, impressive handles, and a growing offensive identity.

Like Anthony, Lewis had to do it all last year for his respective team. He has shown flashes of being an effective facilitator, but still needs some fine-tuning in that realm. The excitement comes from his electric scoring upside; though he struggles around the rim at times, he possesses a respectable perimeter game and can get to the basket at will. His quickness and active hands on defense make up for his 6-foot-3 frame, but he will most certainly need to live in the weight room during his first couple seasons.

It goes without saying, the Rockets need a big man, or four. The microball-era ended almost as soon as it started, but it saw Clint Capela get traded away to the Atlanta Hawks. I would assume that Houston likely brings in a couple of cheap options via free agency, but that should not stop the front office from looking into Jalen Smith.

The big man from Maryland elected to return for his sophomore season to improve his deficiencies, and he did just that. In 31 games, he averaged 15.5 PPG (54/37/75 splits), 10.5 RPG, and 2.4 RPG. Frankly put, I’m not sure why he isn’t a lottery-target considering his efficiency on both ends of the court. Offensively, he shows signs of being a Joel Embiid-like pick-and-pop threat, while being a crafty finisher down low. On the other end of the court, his 7-foot-2 wingspan has boded well for his ability to block shots. Unlike traditional bigs, Smith is an athletic big with a high-motor that executes his role on the court. It may not be the sexiest pick, but it’s a safe one in a draft with a ton of uncertainty.