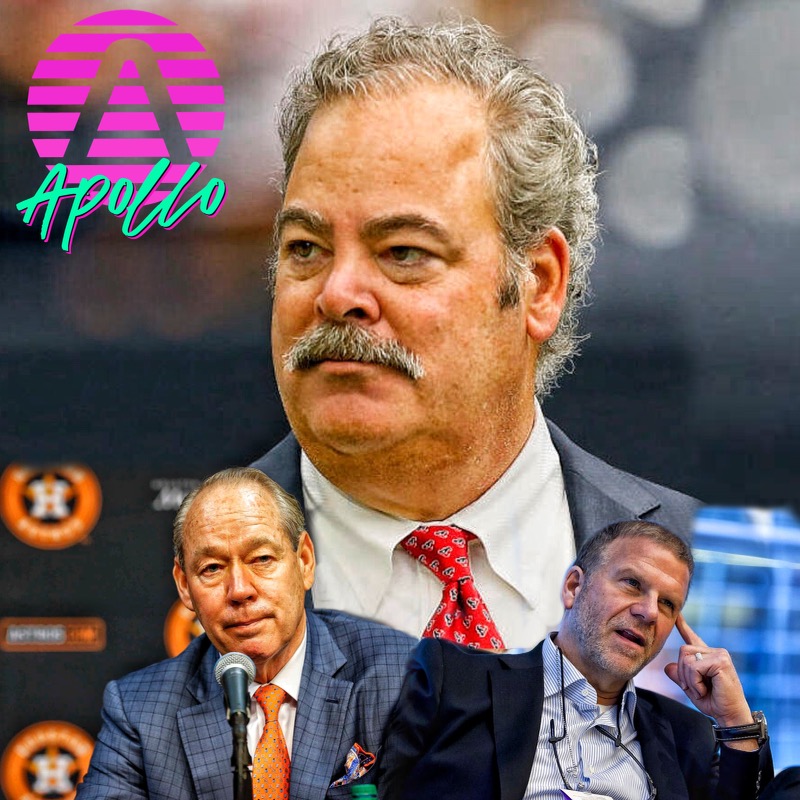 On November 12th, we learned that Russell Westbrook wants out of Houston. 4 days later, James Harden demands to be traded to the other side of the country. The Texans are in absolute shambles, representing one of the NFL’s worst records & without even a 1st-rounder to show for it next year. The Astros have undoubtedly become the most hated team in organized sports. Half of Houston probably isn’t sure if the Houston Dynamo still exist, well they don’t, because as of November 17th they’re now known as Houston Dynamo FC, so I’m sure that’ll turn everything around. What the hell is happening? Unfortunately for the diehards, the Space City sports fandom looks like it’s on a crash course with its bleak old ways, but I’m not sure if fans are going to put up with much more of this Heartbreak Houston shit. H-town got its first few bites of success in years & we can’t let that be taken away again without any meaningful repercussions taking place, but who do we hold accountable? BOB? No, you don’t blame a monkey for crashing a car if you give him the keys, and ya can’t blame a butt-chinned baboon for running a football team into the ground when you gave him the headset. How about Jeff Luhnow the supposed evil mastermind, or Daryl Morey the controversial politician?? I’m gonna go out on a limb and say that 2 of the most influential General Managers from the past decade, who not only dragged their respective teams out of the mud, but shot them to the top of the power rankings, probably wasn’t the issue. No, while each of these organizations’ may have their own brands of incompetence, every one of them has fallen victim to the perils that only occur when owners are allowed to plague a franchise with reckless gross mismanagement.

In case further clarification is needed to fully grasp how shitty of a state that Houston sports is about to find themselves in, just think about this statement: The man who was just at the head of the worst sports scandal that America had seen in a century, the captain of the most ridiculed team in the world, is actually the owner who I’d argue is in the best standing with the city at the moment. The issue with trying to judge how Jim Crane handled the scandal lies in the cloak-&-dagger method in which the league decided to address the situation; the entire thing has become so he-said-she-said that the public has kinda been forced to just pick a side & move on. Did Luhnow get scapegoated? Probably. Did the Astros get scapegoated? Definitely, but it doesn’t really matter, because the true facts won’t start rolling out for another decade-or-so when all’ve these guys are outta the league. It was Crane’s job to control the narrative & steer the ship out of the rocks, but instead he decided to book his foot a 12-month all-inclusive stay in his mouth – Jim must’ve had made some type of fucked up moral commitment to speaking enough stupid into the air every day to make the Astros more hated than the last. This’s the sentiment that’s begun to drive stars like George Springer & Michael Brantley off into the free agency market, and could eventually represent the butterfly effect that leads to the demise of a dynasty. Crane’s inability to read the pulse of the public has become alarming, and the stench of moral turpitude that he reeks of from the sign-borrowing situation shouldn’t be ignored. However, if we did cheat as bad as the league claims (which we did), then avoiding a single player penalty seems like a pretty big dub at the negotiating table. Jim Crane should consider himself to be a lucky fuckin’ duck, because if his team wasn’t coming off it’s 4th straight pennant trip, his seat would be much, much hotter.

Sunday, November 15th, Deandre Hopkins leaped into triple coverage to snag a 43-yard game-winning TD from Kyler Murray, almost seeming to purposely remind every Texans fan that their team had made one of the worst trades in NFL history. For years fans cursed the mediocrity of the Kubiak era or the rotating shit-show that encapsulated Bill O’Brian, but the issues in Houston have always been organizational, dilemmas that get facilitated from the top-down; Houston’s football team is nearly 2 decades in existence, so trying to find any sense of ownership-created culture surrounding the organization, shouldn’t be harder than locating Waldo on a beach. Bob McNair had an opportunity to brand the Houston Texans as a franchise that stands by its’ players during the Black Lives Matter movement of 2017, but instead of supporting athletes’ constitutional right to peacefully protest for social justice, he opted to refer to the players (including his own) as “inmates running the prison”. If each of the Texans countless disappointments were represented by a garden weed, the McNair family would be the soil in which all’ve these weeds are rooted. Although these little fyrefests have existed within the organization, essentially from its start, they’ve somehow burned even brighter since the 80%  majority ownership stake shifted to Janice McNair after Bob’s death. To be perfectly frank, Janice is an 84-year-old woman who doesn’t give a flying shit about operating a football team. She straight up doesn’t care, so she figures to just let Cal run the whole damn show, who in-turn installs a dictator like O’Brien to rule as they please, because at the end of the day he has no fucking clue what he’s doing! Now we’re looking at something that’s so broken, that rebuilding it’ll probably outlast Deshaun Watson’s prime window… another career killed by Houston, I guess. I want to be a fan of this team so bad, and they simply refuse to allow me.

September 5th, 2017 – Tilman Fertitta purchases the Houston Rockets for $2.2B, and the restaurant tycoon is walking into a pretty sweet situation. James Harden has emerged as a top 5 player in the NBA, Chris Paul’s already been acquired & Daryl Morey got the pieces to compete for a championship put together before Tilman even showed up. How the hell do you get a handful of diamonds & turn em’ to dust in just 3 years – It’s bonkers how fast people want to get away from this dude! James Harden can’t stand Fertitta so much that he turned down an extension that woulda made him the first $50M/year player in league history! When James declined that contract, the city’s vibe towards Tilman Fertitta quickly shifted from asking questions to demanding answers as Rockets fans tried to puzzle together what this guy’s fucking deal was; Everyone knows of the mutual love that exists between James Harden and the city of Houston, so if THAT guy is willing to leave THESE strip clubs, then it’s pretty obvious that something fucked up must be going on behind the scenes. There’ve been reports claiming that Tilman’s avid support of Donald Trump has been another factor in driving James away, which I’m sure holds at least some weight, but it’s not just Harden. Almost immediately after the end of last season, Mike D’Antoni quit a seemingly-well-secured head coaching job in Houston, to downgrade by accepting an assistant position in Brooklyn. Not long after, Daryl Morey, the man who built this team from dirt to glory, resigned from his position as GM of the Rockets to become the 76ers President. When you begin breaking the organization down to its core, it starts becoming apparent that all’ve the Rockets recent problems are connected to the same underlying issue: Tilman Fertitta is a fucking cheapskate. Since he took control, his top priorities have been to cut payroll & inch the team under the luxury tax. Like, bro… why’d you even buy this team? It’s not as if the Rockets failed to launch during the Fertitta era, quite the contrary, he actually took the wheel as we were flying 25,000mph through the stratosphere and yanked the wheel to crash into an asteroid.

At least the new Dynamo crest looks cool… yeah the team has been garbagio for the past 7 years, and sure, every Dynamo fan in Houston wishes the team would’ve unveiled something more useful, like a competent GM… Has the organization shown a complete lack of direction & is now in dire need of a new ownership group? Ummm are they a sports team in Harris County?? Yeeeaaahhhh…. But hey, that crest is gonna look dope as hell on a hoodie! This is where I really want to say that we should just go full throttle on getting a NHL team to Houston, but if we’re being honest with ourselves, whoever’d end up as owner would probably just fuck that team up too. The gravitational pull of Heartbreak Houston may simply be an inescapable vortex that none of us are ever getting out of, but hell, if we’re gonna be forced to sit on these sinking ships, then we might as well bitch out the captains the whole way down.