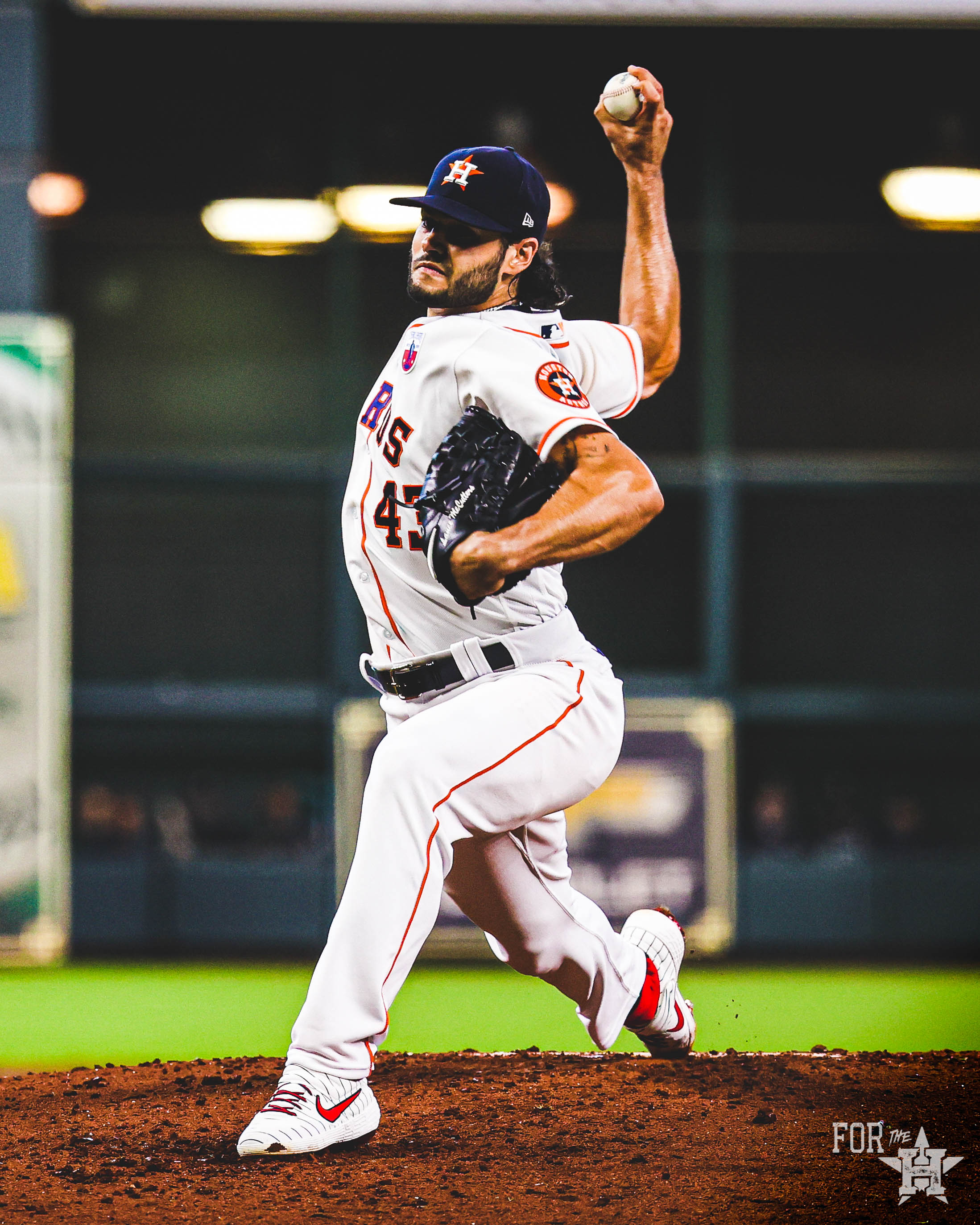 Yes, the Houston Astros have extended one of their own players to an extension and James Click does not want to leave the Astros faithful out to dry (maybe). McCullers is a fan favorite with his intensity on the mound and let the public know that he wanted to stay in Houston for the foreseeable future. Obviously, when it comes to potential free agents this sport is a business – it is not always up to the fans’ feelings.

McCullers was set to become a free agent after this 2021 season, and this whole offseason, it didn’t look like the Astros were going to get a deal done with him or Carlos Correa. Now Correa is a completely different story, but McCullers got his deal and he got PAID.

He will be an Astro through at least 2026, and it is incredibly nice to have some comfort in thinking about the future of the rotation. This was also a HUGE step for Click as General Manager. Astros fans had started to gain a little bit of trust in him after signing Jake Odorizzi when Valdez went down with a finger injury. It showed fans that he was willing to spend a bit of money and not penny pinch like the Tampa Bay Rays organization that he came from. Extending McCullers was the second biggest step in fully gaining the Astros fans’ faith in him, and with eight days to go until Opening Day, maybe there’s enough time to extend the Astros’ once in a generation shortstop as well.

Obviously, here at Apollo we’re huge fans of Lance McCullers Jr. and it looks like he’s big fans of Apollo, too. I couldn’t be more excited that the Astros extended McCullers because it reminds me of the baby Astros back in 2015. His extension reminds me of the billion straight curveballs that he threw to the Yankees in the 2017 ALCS. It reminds me of his RBI that he got in game seven of the 2017 World Series. This is a great day for Lance and it’s a great day for Astros fans. #SIUEFA

That’s right, not even a day after the rumors began circulating, the Astros have inked frontline starter Lance McCullers Jr to a five year extension starting in 2022, totaling $85 million, for an average annual value of $17m. Lance has been very vocal about his desire to stay in Houston, and the two sides reached an agreement quickly.

Houston suddenly has more rotational certainty than we could have expected only a few weeks ago – barring unforseen injuries the 2022 rotation will feature McCullers, Jake Odorizzi, Framber Valdez, Jose Urquidy, and Cristian Javier even with likely (but not certain) departures of Zack Greinke and Justin Verlander.

To McCullers’ credit, the money is well-earned. His career numbers are respectable, with a 3.7 ERA and exceptional peripherals: 3.35 xFIP, 10 K/9, and a penchant for inducing groundballs, with nearly a 60% clip in 2020. He seems to have recovered nicely from Tommy John surgery in 2018, and the organization’s willingness to extend him shows optimism for his future coming off a successful shortened season. Plus, he’s

Compared to Zack Wheeler’s deal in the 2019 offseason of 5 years and $118m, it appears the Astros got a bargain. Lance has yet to pass the 130 innings mark for a single season in his career, but with Tommy John in the rearview mirror hope that he can become an effective frontline workhorse is not misplaced.

Interestingly, Lance has developed a brand new pitch over the offseason – a hard slider that we’ve seen in Spring Training now. It feels like his best days are in front of him.