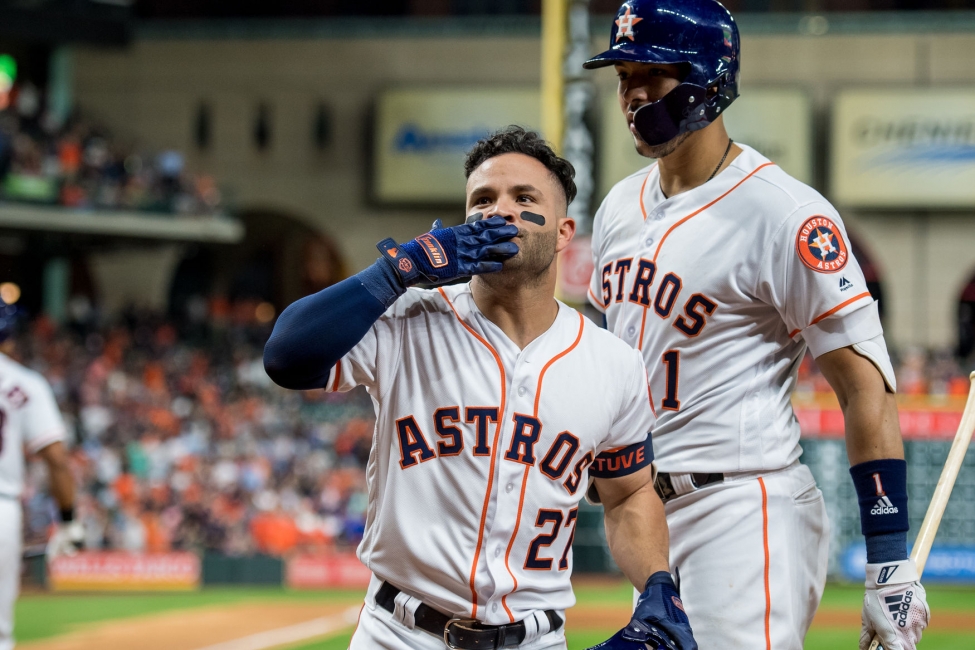 October 17, 2020 was the last time we saw the Houston Astros play meaningful baseball. They played the Tampa Bay Rays in Petco Park out in San Diego, California and ultimately lost the seventh game of the ALCS. It was not an enjoyable game by any means.

Nevertheless, we are here in 2021, entering a brand new season of baseball. The slate has been wiped clean. Everyone starts 0-0, there will be 162 games played throughout the regular season. There will be fans at Minute Maid, and other ball parks across the country. Things are almost normal.

There’s a 99.7% chance that Justin Verlander doesn’t throw a single pitch this season for the Astros. George Springer plays for a team based out of Canada. Things are a bit different around these parts. A.J. Hinch is now the manager of the Detroit Tigers. It’s no longer 2015, 2017 or, even 2019. It’s a new team with a lot of familiar faces on the roster.

Now that the bad has been aired out in the first three paragraphs, let’s have some fun. Alex Bregman, Jose Altuve, Carlos Correa, Yordan Alvarez, Michael Brantley, Kyle Tucker, and Yuli Gurriel are all still in the lineup for the Astros. Those top seven batters create a hell of a lot of problems for opposing pitchers, and will do a lot of damage this year. That is something to be extremely excited about if everyone remains healthy.

The pitching rotation has Zack Greinke, Lance McCullers Jr., Cristian Javier, Jose Urquidy, and Framber Valdez (once his finger completely heals). The Astros even went out and signed Jake Odorizzi to add to the mix of the rotation. They’ve got Andre Scrubb, Luis Garcia, Pedro Baez, Ryan Pressly, Enoli Paredes, Joe Smith is back, and others sitting in the bullpen. There have been a lot of questions about this staff as a whole from a lot of journalists, but if you’re a faithful Astros fan, you look at all of those names and should believe that this staff will be just fine.

This Astros team is going to be very good. I will not guarantee that this team will win 100+ games like they did from 2017-2019, but I would not be the least bit surprised if they exceeded expectations and did so. The lineup can HIT. The pitching staff as a whole has STUFF. Fans of this team should absolutely be ashamed of themselves if they think that the Angels or Athletics have enough firepower on their rosters to keep up with this Astros team.

Now, there is absolutely one question mark that everyone should be asking. If there is no contract extension that Carlos Correa accepts (it is March 31 11:51 a.m. as I’m writing this) then there will be an uprising. Correa had a deadline of Opening Day, and if there’s no deal done by then, there’s some cause for major concern. IF there is no deal, Astros fans will undoubtedly be upset, but what’s stopping the Astros from making a Godfather type offer at All Star break? There will be time to get a deal done if Correa’s agent let’s it happen. And if it doesn’t? Then enjoy the kid while he’s still in an Astros uniform. He’s a generational talent, and we, as fans, should not wallow in our sadness if there is no deal before the first game of the season. Correa is a special baseball player, and will make plenty of incredible plays at shortstop, while hitting many more home runs in Minute Maid. Enjoy him while we have him.

Lance McCullers Jr. signed a five year $85 million extension before the season, and Astros fans should be thrilled that we get to watch him for another six years in an Astros uniform. Zack Greinke is also a national treasure and any moment that his is sporting the Astros orange and navy, then we should enjoy it while it lasts.

This team is incredibly fun, and will be awesome to watch over the course of 162 games. There will be dingers, there will be nasty curveballs, there will be walk-offs, and there will probably be a few painful losses in the mix. Baseball is back. The Astros are back. Cherish it. Let’s go win another World Series.