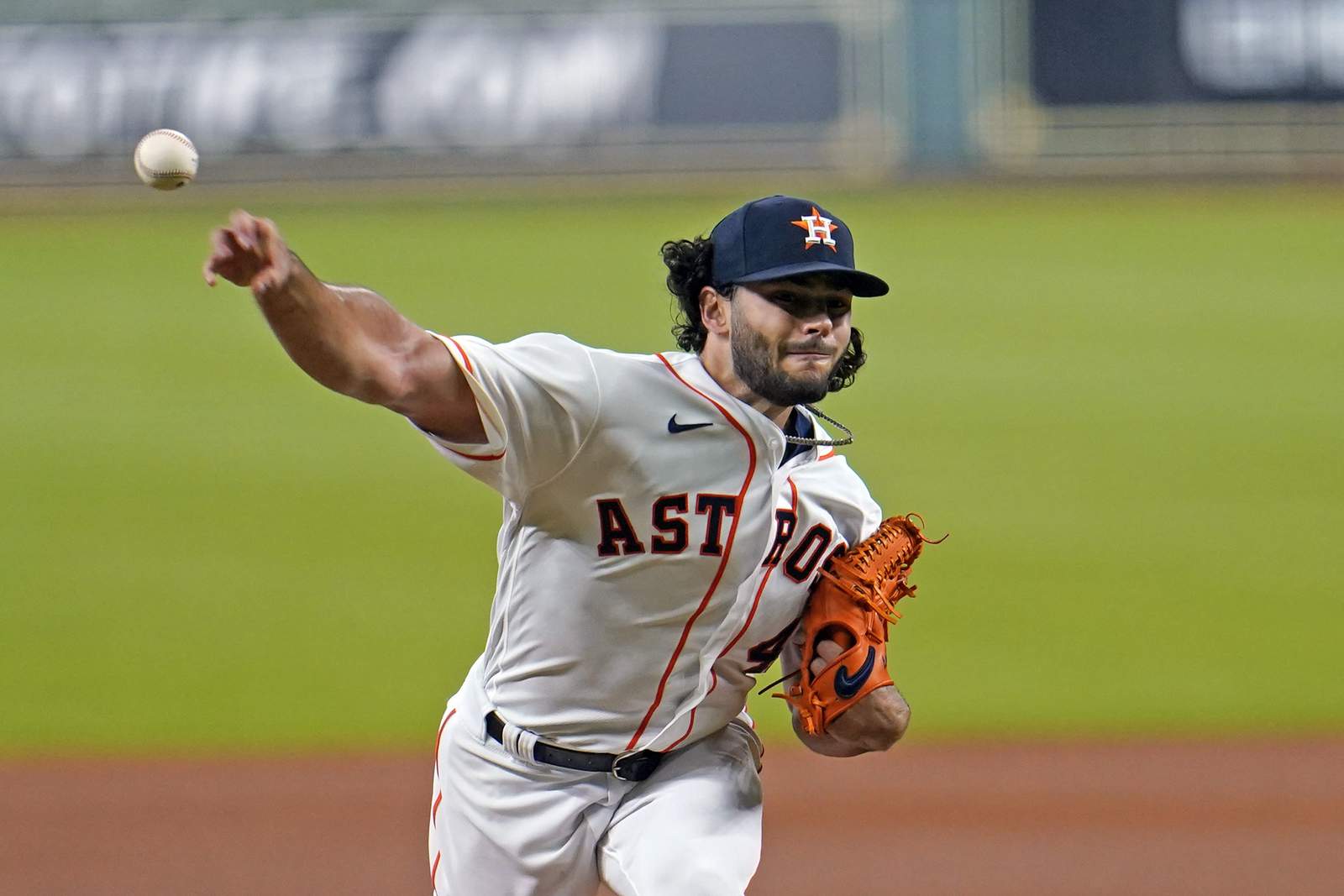 Game 3 of the season against Oakland did not start ideally, with Michael Brantley getting hit by a Cole Irvin fastball on the hand. He ended up coming out of the game after the first inning. That was a big concern, but reports later on in the game indicated that x-rays were negative and Brantley will be day-to-day. Quite the blessing, because losing the most professional hitter in baseball would be a huge blow even to this lineup.

It was Lance McCullers Jr.’s first start since signing his five year, $85 million extension, and it was a little bit rocky at first. He only walked three hitters in five innings, but his pitch count was extremely high throughout those first three innings. What we did see out of McCullers was his nasty movement that induced 7 strikeouts. The A’s were patient at the plate and earned a ton of 3-2 counts, but in the end, there was only one run on the board for them after McCullers got through the fifth inning. The starting rotation seems to be doing quite well through the first three games.

The offense has been the biggest story during this series so far. There have been tons of baserunners, hits, and homers. Possibly the biggest homer of the weekend came off the bat of Yordan Alvarez. He could hit 50 homers this year and it shouldn’t surprise a single soul.

The lineup didn’t include Alex Bregman (scheduled rest day), and lost Michael Brantley in the first inning. You’d think that the Astros wouldn’t have scored a lot of runs. You’d be wrong. The Houston Astros are a WAGON. They’ve scored 26 runs in the first three games of this series, including the nine on Saturday afternoon. This lineup should still be absolutely horrifying to any opposing pitcher.

This team is having loads of fun, and we’re having just as much fun watching it. The Astros are good. It’s not surprising.

Jose Urquidy takes the bump tomorrow in search of a sweep.