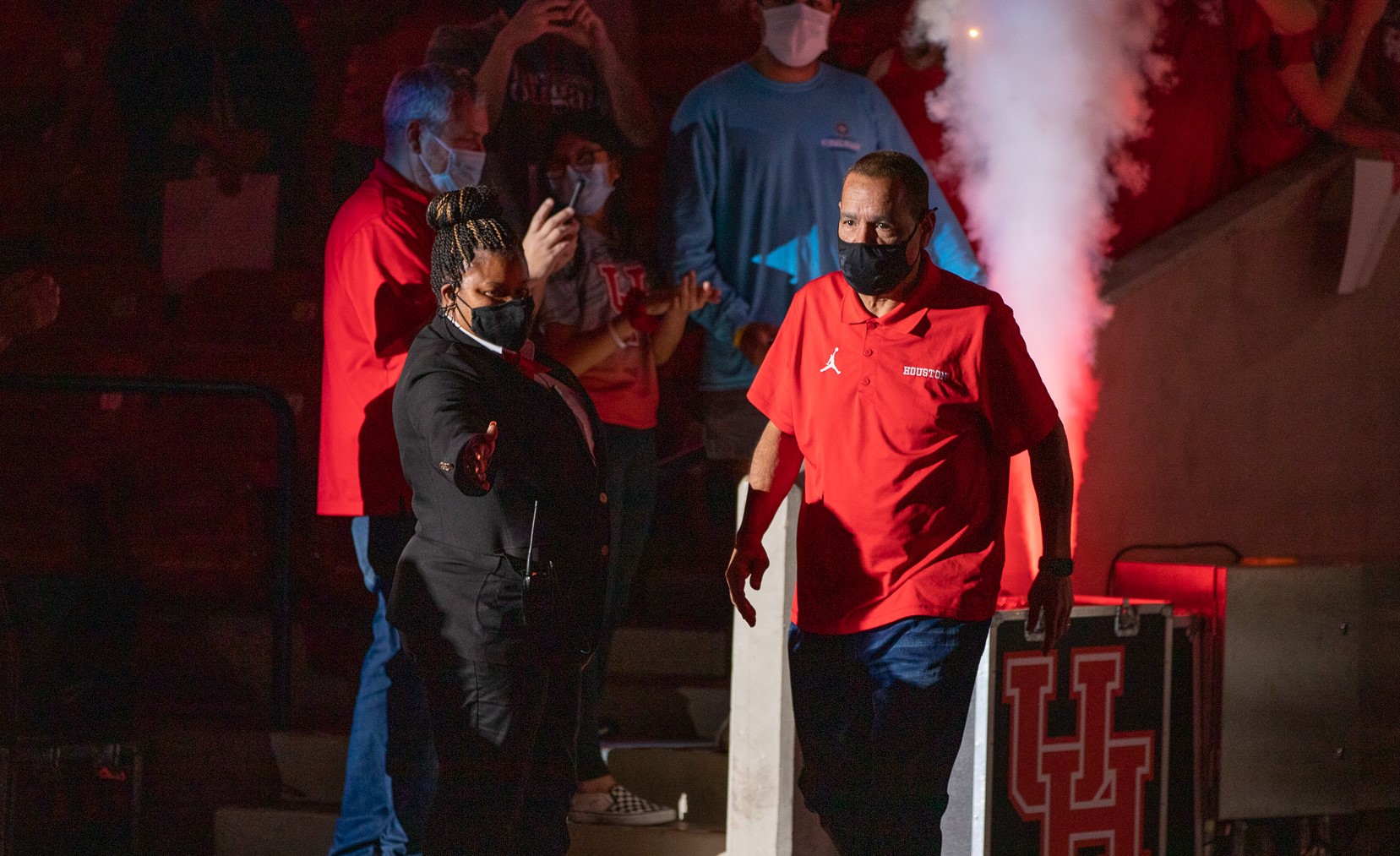 As the weeks pile up and away from the University of Houston men’s basketball team’s Final Four appearance in early April, the glamour of the run remains fresh.

The front of the Guy V. Lewis Development Facility is branded with a 2021 Final Four Indianapolis emblem and a billboard commemorating the team stands tall approaching downtown Houston, and yet, inside of the Guy V. Lewis facility, head coach Kelvin Sampson is retooling his program with the same formula he did when he first arrived. One revolving around culture, experience and fit.

Both Price and Beard were recently promoted within the UH coaching staff earlier in the week. Price was named the special assistant to the head coach, and Beard moved up to an assistant coach. Both have been with the UH program for seven years.

When former UH assistant coach Alvin Brooks announced he was taking over the head coaching job at Lamar and taking former assistant director of player development Mikhail McLean along, Sampson knew those roles needed to be filled, and he chose to mainly do it from within.

The lone addition that was not an internal one was Anthony Goldwire, who was named the director of player development. But even Goldwire, who played college ball at UH between 1992-94, was no stranger to Sampson.

Goldwire first met the UH head coach in Milwaukee when he was brought in as an assistant with the Bucks in 2010. During that stint, Goldwire saw how Sampson built relationships with players, and even coaches.

One, in particular, was a guard named Brandon Jennings, who did not go to college prior to being picked by the Bucks in the NBA Draft. Watching Sampson take Jennings under his wing and be a father figure for him, showed Goldwire what Sampson was all about.

“(Kelvin Sampson) is a guy with loyalty,” Goldwire said. “A guy with great integrity.”

The changes, however, didn’t end with the coaching staff.

Despite losing DeJon Jarreau, Justin Gorham, Quentin Grimes and Brison Gresham, all of who were starters throughout the 2020-21 season and played key roles in the Final Four run, Sampson’s stuck to a blueprint to fill those voids left too.

Even though three freshmen are joining the team in 2021-22: Ja’Vier Francis, Robbie Armbrester and Ramon Walker, Sampson emphasized that young talent alone isn’t enough to win, citing Kentucky and Duke, two teams that were in the top three when it came to recruiting class in 2020, but did not make the NCAA Tournament.

It is a big reason why the Cougars also brought in three new additions through the transfer portal: Kyler Edwards from Texas Tech, Josh Carolton from UConn, and Taze Moore from California State Bakersfield.

The new faces, along with returning players Marcus Sasser, Tramon Mark and Fabian White Jr, who played prominent roles in the 2021 NCAA Tournament, and Jamal Shead and Kiyron Powell, who Sampson has been high on, among others returning make up a new roster that should still stand among the top in the American Athletic Conference and college basketball overall.

The retool is something Sampson has mastered throughout the years. After UH fell to Michigan in 2018, and Kentucky in 2019, or COVID-19 in 2020, the only thing his teams have done is bounce back stronger than the year prior.

“(Sampson) is great at building culture and building winning programs,” Goldwire said. “That is something I always wanted to be a part of.”

Now with a new high watermark in place, Sampson has reconstructed his program again and the journey will begin again in early June when the coaches officially greet the newcomers.