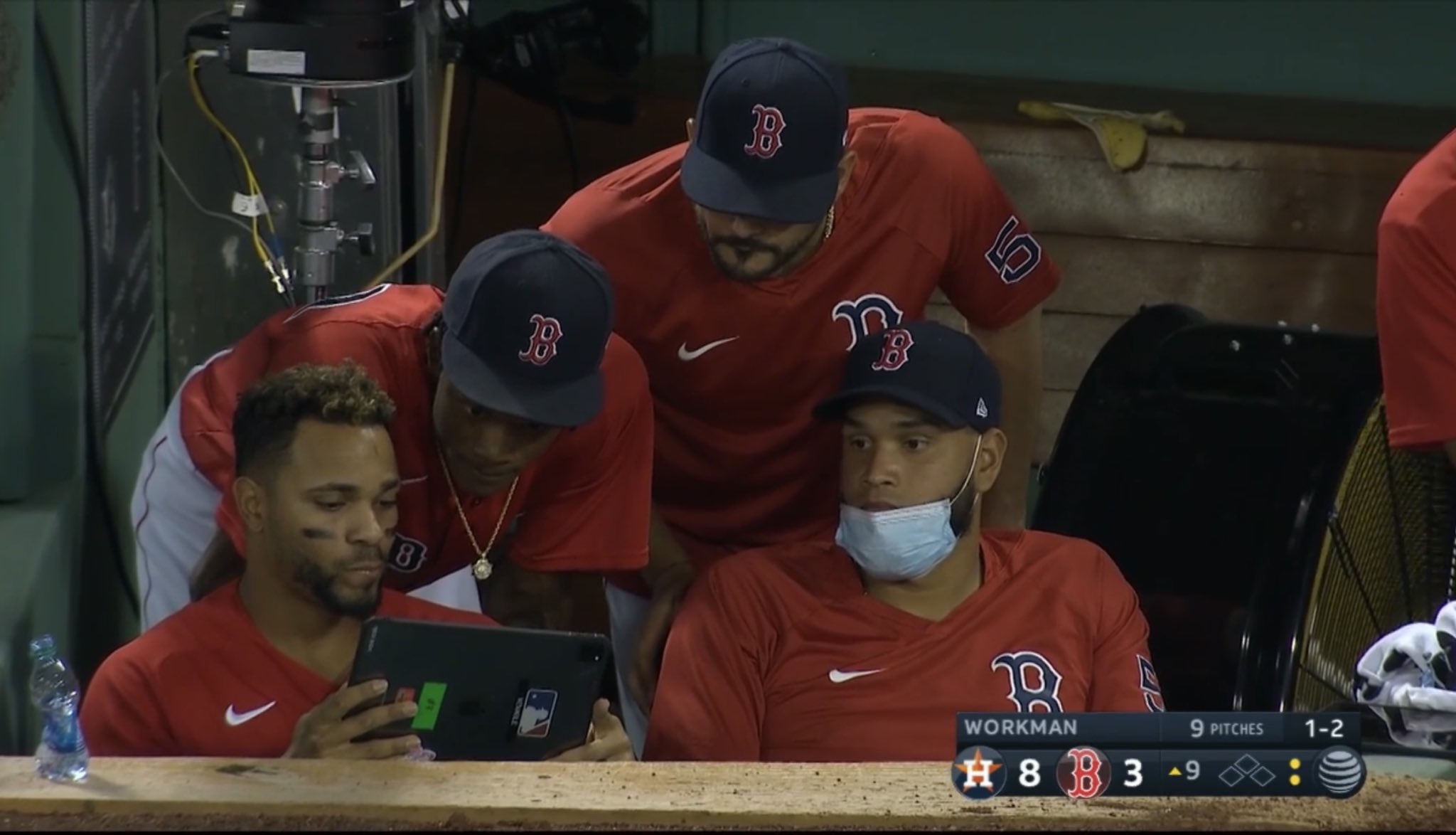 The game started off a little shaky with Jake Odorizzi doing his best Dallas Keuchel by looking bad early in the first then going straight to cruise mode. As the angry mob begins to form outside the gates to burn Odo at the stake. MY GUY WENT COMPLETE PSYCHO AND SHUT DOWN THE RED SOX OFFENSE. Ok, maybe a slight overreaction there but 5 IP 3 ER 6K and his first career win as an Astro will do.

CRISTIAN JAVIER IS A GOD AMONG US MERE MORTALS. This is the role he will thrive in and be an ALL STAR. Yes, he should be in the roto but his ceiling is the highest as a bridge guy/ high leverage/ piggyback starter. This philosophy in the playoffs will work with him and Garcia and I want to say it makes us the clear favorite in the AL.

Javier went 4 innings in relief with 3Ks 1 hit allowed and didn’t even break a sweat. Elite.

Welp. The offense is locked the fuck in. Seventeen. SEVENTEEN HITS. Scoring 8 runs off this supposedly great Sox team. When this team is locked in it is so damn fun to watch and scary for the league. Mr. I Am Feeling Sexy had another multi-hit game, we all got Bregnant on a boombah and he is finally feeling spicy at the plate, Uncle Mike had 3 knocks again just quietly RAKING. Tucker and Straw with multi-hit games and the 2017 MVP with a boombah. I AM BRICKED UP.

Anyways, we go for the sweep which is virtually impossible with this team so congrats on taking one today Boston.