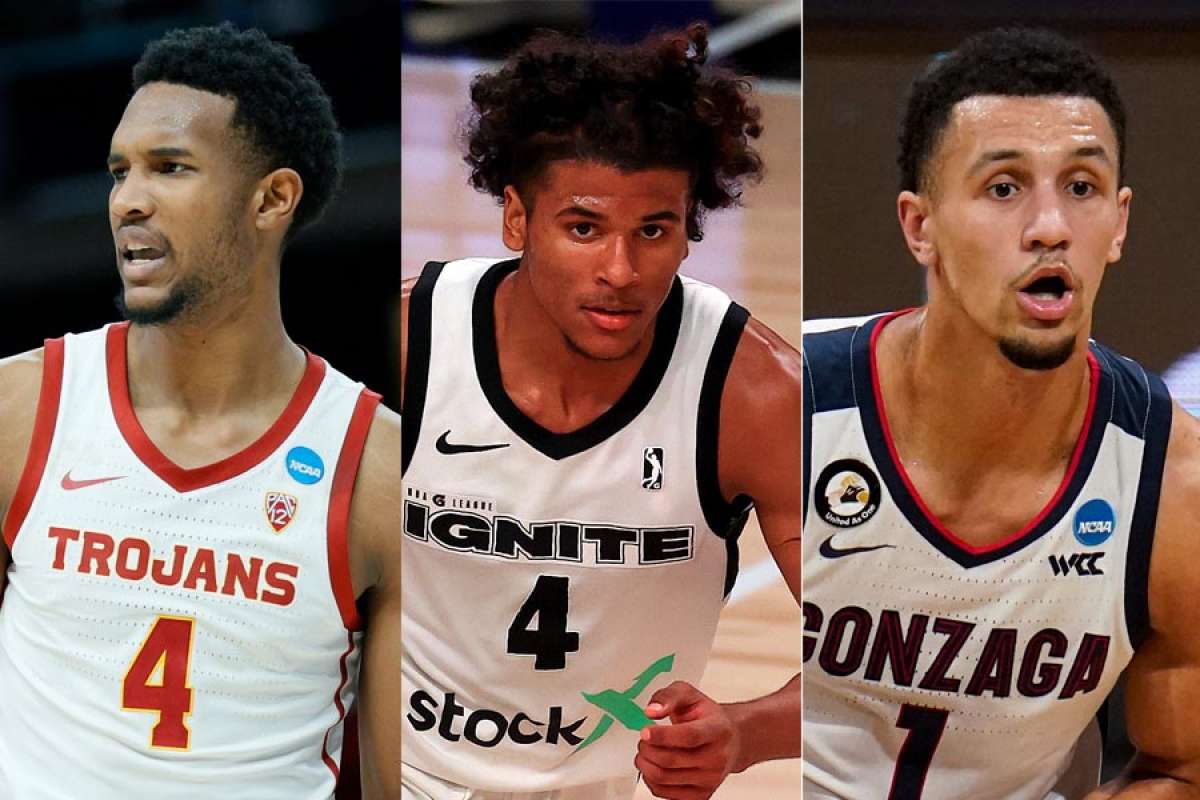 The NBA Draft may not be for another three and a half weeks, but it is at the forefront of every Rockets fan’s mind. Getting the #2 pick and a chance at selecting a future superstar may have something to do with the anticipation, but how about the fact that the Rockets even have a first round pick at all! The last time the team selected in the first round was in 2015, grabbing Sam Dekker with the 18th overall pick. The last time they picked in the lottery was 2012 – Rockets legend Jeremy Lamb – and the last time they had a Top 5 pick was all the way back in 2002, when the Rockets selected, of course, Yao Ming.

If there’s one thing we know for sure, it’s that Rafael Stone likes draft picks way more than Daryl Morey ever did; and I think it’s safe to say that us fans are excited to finally see some more young talent on this team again.

To continue our roundtable discussions, a group of our Apollo writers (myself included) checked in with some of their thoughts about the upcoming draft. Additionally, the group discussed the 2021 NBA playoffs, and how it’s felt to see Chris Paul and so many other former Rockets contend for a championship. Let’s get into it!

Question 1: What do you make of the reports that Detroit might prefer Jalen Green over Cade Cunningham? Is it all just smoke or does it have some legs?

These reports may have some validity to them but in the end it is probably all smoke. Cunningham has been the clear number one prospect in this years draft class for a while and I do not see Detroit ever passing up on a prospect like him.

Personally, I think Cade Cunningham is a slam-the-door-and-lock-it number one pick. I am nearly positive that Detroit sees things the same way. I just cannot see them passing up on someone of Cunningham’s stature. More than likely, these reports are from rival teams to drum up trade talks. BUT – and there’s definitely a but – Pistons GM Troy Weaver is a bit of a wild card, so maybe I’m wrong.

I don’t doubt that Detroit is interested in Jalen Green; he’s a premier talent and the Pistons are doing their due-diligence. However, I don’t think that it will lead to them passing on Cade Cunningham.

I take little salt right now about Detroit preferring Jalen Green over Cade Cunningham. We have seen teams make interesting decisions related to the number 1 pick before so it’s not impossible. For many Rockets fans it would be great for Cade to fall into the team’s lap after failing to get the number 1 pick. But we won’t know until Detroit gives their pick to the commissioner’s office later this month.

This is kind of like when the MVP this year was so obviously going to be Jokic but people just started randomly trying to give it to anyone else to add drama and intrigue. Cade’s going number 1. I don’t think we should get our hopes up.

Question 2: Green Gang, Mobley Mob, or Suggs Squad? Has your opinion changed at all in recent weeks?

I am definitely part of Rockets Twitter that wants to pick Evan Mobley at two. When it was announced that the Rockets got the second pick in the 2021 draft, I was dead set on Mobley. The upside and potential that Mobley possesses is something you can not pass up. Mobley’s versatility on offense and his stellar defense make him the clear choice.

I have properties set up on Mobley and Green Islands. In my opinion, neither one is a miss. I lean ever so slightly towards the perimeter play of Green and the idea of a Green/Porter Jr. backcourt, though.

Admittedly, I was in the Mobley Mob when we got the second pick, but have since gravitated into the Green Gang.

#MobleyMob through and through, although I am growing into really respecting Jalen Green’s game and work ethic. However, I think that Mobley allows for the Rockets to slot Christian Wood in his more natural PF spot – giving the team an actually tall frontcourt for the first time in years – and could also provide a potential replacement for Wood if he ever decides that he wants to move on from the Rockets (which I hope is not the case, but it’s always a possibility).

Even though it was a bit disappointing that the Rockets were unable to get the number 1 pick, the number 2 pick will likely net the team an outstanding player who will be able to grow into his position over the next several years.

Green Gang! Here’s what it comes down to for me:

Question 3: Chris Paul just made his first Finals appearance….What was your reaction? Any bitterness?

The Suns beat the Clippers 4-2 to advance to the NBA Finals. Meaning that Chris Paul has just made it to his first finals after 16 years of being in the league. I’m happy for CP because I loved him when he played for the Rockets, and I think its about time the dominos fell in his favor.

I’m incredibly happy for Chris Paul. I’ve been rooting for him since before he was a member of the Rockets. The guy deserves his shot after some indescribably bad luck, and he had a legacy game to close out the series against the Clippers.

I’m glad to see Chris Paul reach his first finals. I’ve been a huge fan of his since his New Orleans days, and that only increased during his time in Houston. There’s no bitterness coming from this way…let’s go CP3!

Let me first say that I am extremely happy for Chris Paul. He has been one of the best point guards of his generation, and for some, in NBA history. For him to be unable to get into the NBA Finals until now is a shame.

However as a Rockets fan, it’s bittersweet. Watching CP3’s hamstring fail him when the Rockets had such an opportunity to reach the finals, only to see him now get there with a different team admittedly hurts a little bit. In addition, the fact that non-Rockets fans and NBA media members completely ignore his performance in the 2018-19 season is frustrating. Paul played some of the worst basketball of his career that year and only began his vegan diet once he was traded to the Thunder.

Ultimately Chris Paul’s friction with James Harden and his injury history led to his early departure, but Harden, Daryl Morey and Tilman Fertitta should also be held responsible for their inability to be patient (Harden/Tilman) and their inability to get the front office aligned to want to keep CP3 (Morey). It just shows that it’s not just talent; luck and timing factor in just as much. The Rockets lost out on all of that.

Honestly, I’m pretty indifferent. But the discourse around it has made me fairly frustrated. When Paul was traded, literally every single Rockets fan was fine with it (not necessarily fine with the return/specifics of the trade, but definitely happy to get him off the team). Hindsight is 20/20, but now everyone seems to forget that Paul pretty much played his way off the Rockets’ roster in the 2019 playoffs.

I guess I’m happy for him as an NBA fan. But as a Rockets fan, I really do not think it should change our perception of that trade. He’s a different player now, and no one could have predicted it.

Question 4: Who are you rooting for to win the finals?

Personally, I am not rooting for a specific team, I just want to see a good series. I will be happy no matter the outcome because P.J Tucker or Chris Paul will finally get their ring.

Suns all the way. Devin Booker is electric, Chris Paul is the Point God, Deandre Ayton is the Prodigal Son. They are just so damn likeable.

Phoenix; let’s get CP and Devin Booker some rings.

No one. I don’t root for teams that aren’t the Houston Rockets. Period. I just hope for two things to come out of the NBA Finals:

Either the Suns, or a Khris Middleton-led Bucks team.

#ABG – Anyone But Giannis.

Thank you to everyone who participated! We’ll be back with another roundtable next week!