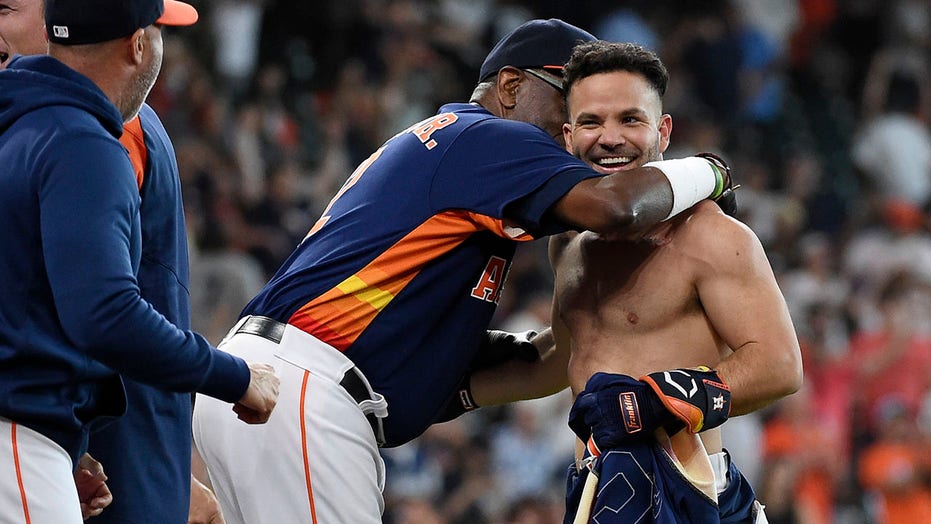 Jose Altuve Day is how I will always remember July 20th. Not the day when we landed on the moon in 1969 (nice), not when some billionaire was flying in a penis spaceship. July 20th is Jose Altuve Day.

The day he made his major league debut a decade ago, the day he decided to hit TWO boombahs on that anniversary, the day he decided to make one giant leap for all mankind. I really am in awe of watching #27 play every day. 10 years in the show is an incredible feat, to begin with. But the Jose Altuve story of a decade in the show is a Disney movie, undersized, not even getting a tryout, on shitty 100 plus loss teams, 200 hits, an MVP, Pennants, and Championships. It really is special, I grew up and watched #7 and #5 grow old and set the bar of Hall of Fame baseball but what Jose Altuve is doing is truly special. Just last night he did it all, 2 BOOMBAHS, a hell of a defensive play, and a day that’s all about him he made it about his teammates and his people. I love the guy.

What a fucking powerful line. That has changed my perspective on everything in life. As someone who is petty, who hates losing more than actually winning, the mindset of proving people right and doing it for your people well damn. #27 is the best of us and we are truly lucky to watch him play every day.