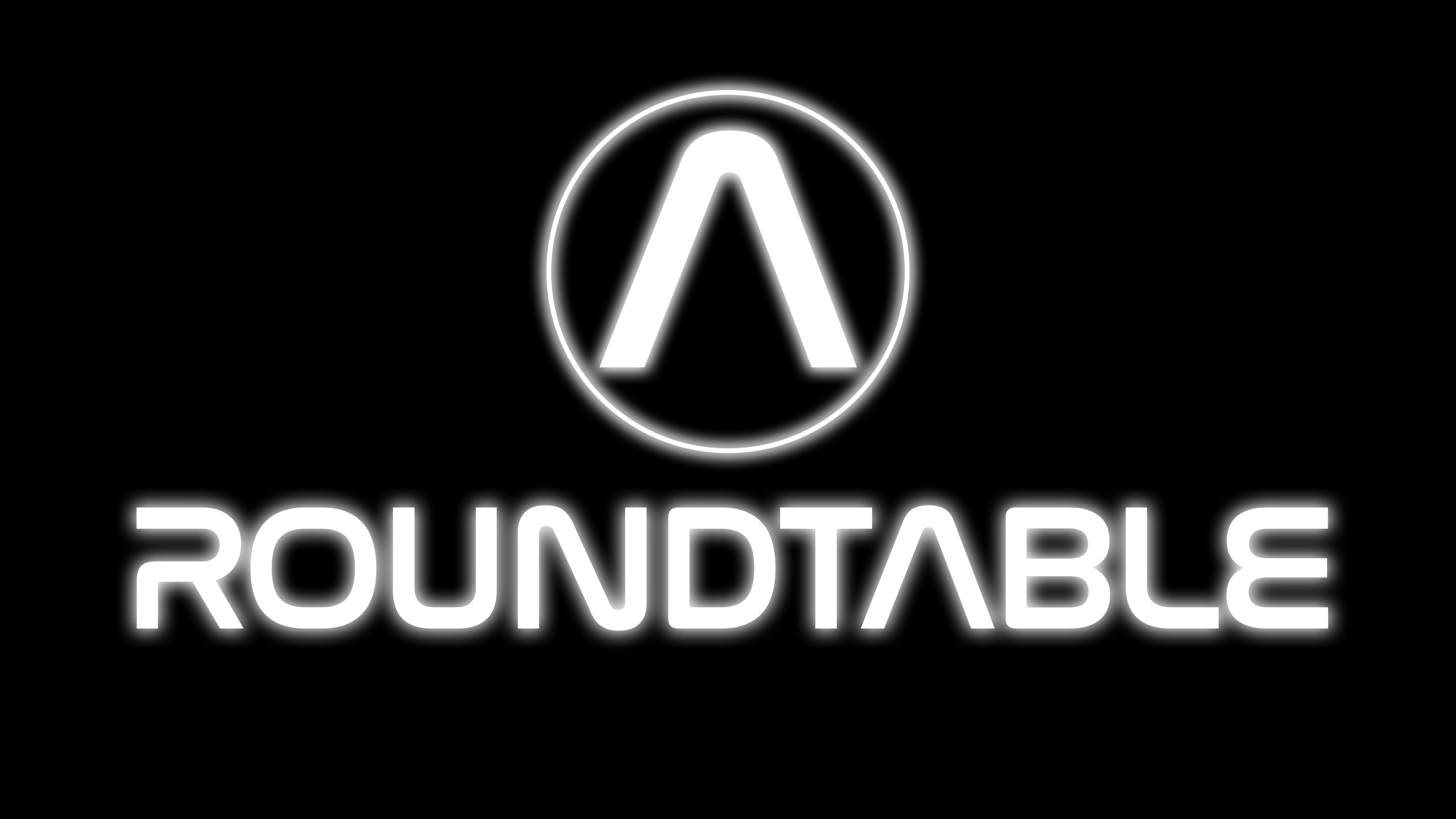 The final week of the trade deadline has arrived, and the stove is hot! There will be several big players in the trade deadline as many franchises are playing better than they have in years. The National League is full of unusual suspects sniffing the post-season, and the Astros are currently tied with the Boston Red Sox for the best record in the American League. We gathered our team to get some predictions as to what the ‘Stros may do this week before the clock runs out. With grabbing Greinke in 2019, and Verlander in the last available minute in 2017 the Astros are no stranger to going out to get what they need at the deadline, but at what cost? And with the 2020 season being what it was we didn’t get the chance to see Astros GM James Click flex his muscles, so to speak, so we are eager to see what moves will be made, if any before Friday at 3pm. Without further ado, the roundtable.

Q: “What do we think, guys? Do the Astros go big at the trade deadline?”

Ben (midzee4) – I don’t think I see a world in which the team stands pat. Oakland will add relief help. The 2021 Astros deserve a vote of confidence that adding at the trade deadline represents, something Click had already alluded to. There is a real need for a secondary setup man in the bullpen at least, and multiple prospects have increased their stocks to the point where the farm system is in an acceptable place to dip into.

Tony (@adams_at) – No. Mainly because they don’t have the prospects that could land a high-demand player.

@CopierCollin – I’d like to think they will but I just dont see it happening. I would like for them to go out and get some middle relief pitching. Stanek has been great, but he can’t throw every day. Pressly is the closer we’ve been promised. An outfielder should come after filling the pitching holes. Big ticket guys like Scherzer aren’t in the cards for the Astros right now. I bet Max stays in Washington.

@AstrosFansUK – No. It’s clichéd to say it but, if the Rays’ M.O. of recent years is anything to go by, then it just isn’t James Click’s style to go after a blockbuster, seismic trade that would go all-in for 2021. I do think the club is more tempted to do so than they thought they would be, however, after the Astros have surpassed expectations through the first 100 games. The 2021 edition has transformed from being a hope of a last hurrah for the golden generation into the promise of a continual glowing future and, more pertinently, a legitimate title contender THIS year. What does this mean in the context of the trade deadline? I imagine it means that we’ll at least be involved deeper into potential trades and that actual discussions over big names we’ll be had. I don’t believe it will go any further than that. The pitching situation for the Astros as we enter August is a really interesting one: the young starters who were heroes in 2020 have shown they are absolutely the real deal, but how do they fare down the stretch of their first full 162 game season and into October? Similarly, whilst the middle relief out of the bullpen is the team’s one genuine weakness, who says that Pedro Báez doesn’t completely change that dynamic if he finally settles in? Ryan Pressly has become a bonafide superstar closer, whilst Ryne Stanek has been ‘good enough’ in most 8th inning scenarios. What pitching do we really truly need? Max Scherzer? Of course that would be an incredible rental but I’m not sure what damage would be sustained to get that deal done. Speak about pitching health as much as you want, that’s an x-factor for every team’s arms and shouldn’t be a guiding force as to whether we go big here.

Q: “Who do you think the Astros go after, if anyone?”

Cam (@LSUCam) – Paul Fry, as one of the better relievers on the Orioles who are sellers at the deadline I’m sure his price won’t be too high for what he is.

@adams_at – I don’t have any specific names, but I think they go for a reliever that can handle high leverage situations occasionally. The “Bridge to Pressly” that they’ve needed for much of the season. This is the best “bang for the buck” option they have to improve the club.

@CopierCollin – It’s gotta be some relief pitching, right? Everyone is clamoring over Craig Kimbrel but we don’t need him – Pressly has proven himself worthy of the closer position. That being said, Pressly has been a setup guy in the past, so it could be a viable solution to move him back to that role for high leverage spots and bring Kimbrel in. I think, since the Cubs look to be blowing up their whole organization, maybe Chafin(who hadn’t been traded to the A’s at the time this was written) could be a good fit for the Stros, or talk to the twins for Taylor Rogers to add an experienced arm.

@midzee4 – If they wanted to trade one (1) of the Big Top 4 System guys (Leon, Brown, Peña, Lee) for a big splash starting pitcher, I would be neither mad nor surprised. The most likely scenario is that the Astros go get the most reliever value they possibly can without giving up one of those fringe top 100 guys. That value can be represented in many forms, with a rental Kimbrel in an 8th inning/tandem closer role being my personal favorite. Richard Rodriguez is up there as well, but with the extra years of control would cost more, while perhaps not increasing the 2021 title odds as much. Alternatively, viable rental back-end arms like Yimi Garcia, Ian Kennedy, Mychal Givens, or controllable non-closers like Michael Fulmer represent low cost alternatives that can work some crucial leverage innings in the playoffs. A relatively under-the-radar acquisition like that makes the 2021 Houston Astros a complete team, and leaves room for either a massive splash deadline deal or room to make something big happen in the offseason.

@AstrosFanksUK – I hate to be a downer but I simply don’t think Click will go after anyone, certainly nobody of note. I feel the club still hangs on to the faint dream of keeping Carlos Correa at the club beyond this season and, with Justin Verlander and Zack Greinke’s contracts about to come off the books, I just don’t see Click and Crane going in all guns blazing at this deadline. I think they are still focusing more on the future and keeping this team super-competitive rather than making 2021 win or bust. Is that the right thing to do? I flip-flop between both sides of that argument as I really do think we can win it all this year. I haven’t seen much of Richard Rodriguez but the opinions of a lot of people I trust say he’s the real deal. Well aware it flies in the face of the argument I’ve just made about this year’s team being strong enough, but it is also true you can never have too much quality pitching in October.

Q: “Which pieces or players do you think they move to make it work in your scenario?”

Cam (@LSUCam) – Blair Henley and Bryan De La Cruz. I’m sure the Astros won’t be too upset losing a good outfield prospect when they have a surplus for someone who could end up as a setup man for Ryan Pressly.

Tony (@adams_at) – I would guess a couple of prospects outside the Astros Top 10. If anyone were to be moved off the current roster, I’d guess McCormick, Toro, and (slight chance) Straw.

Collin (@copiercollin) – It really all depends on who they’re going for. Just like in the past, I’m sure there are a handful of off-limits guys the team won’t part with for anyone. I think Leon is one of those guys. McCormick has shown enough in the bigs to be a viable candidate, and lately CJ Hinojosa has been raking. Could be a trade piece. I think Jimmy (@astrosfuture) or Ben (@midzee4) are better suited to answer this one here.

George (@AstrosFansUK) – Definitely not my area of expertise (balancing out trade deals) but I imagine we’d be looking at 2-3 of our hotter minor league hitters, such as CJ Hinojosa.

Q: What move, or moves, would give you the most confidence in the James Click regime moving forward?

Cam (@LSUCam) – The move that would give me the most confidence in Click would be for Taylor Rogers. With Rogers not being a free agent until 2023 his 2 years of control would be able to keep our window open that much longer locking down our bullpen.

Tony (@adams_at) – “Sometimes nothing can be a real cool hand.” Unless he makes an awful trade, I don’t think a fair assessment of Click can be made this trade season. I would be fine if the Astros didn’t make any moves. I think they have the pieces for a successful postseason run. If they can improve, great!

Collin (@CopierCollin) – I don’t think this is the year for a bombshell trade at the deadline. Optimistically, Click would go out and get some arms for the bullpen. I’d be happy with that. I’m still waiting on him to lock Carlos Correa in for eleventy billion years. That’ll impress me.

Ben (@midzee4) – The back end bullpen arm is necessary. A failure to bring one in at the deadline would be disappointing. Other than that, I still have plenty of confidence in the front office as a whole to make smart decisions, and I would even be happy as a fan to retain all of those top prospects with no big deadline acquisition.

George (@AstrosFansUK) – This is a great question because you can look at it both ways – does an all-in move inspire you with confidence in your GM recognizing a rare chance to win? Or does that potentially show recklessness with regards to the future? I can back both views here purely down to how I think the 2021 side already has the tools to win this year. Ok – who am I kidding? Tear up what I’ve been saying: the Greinke trade in 2019 was an extraordinary feeling for us as Astros fans, just as the Verlander trade was in 2017. I’d love to see Click emulate that in some way to shock the world. Championships are like gold dust. Never leave any questions over what might have been. Go for it! (…but I don’t think we will).