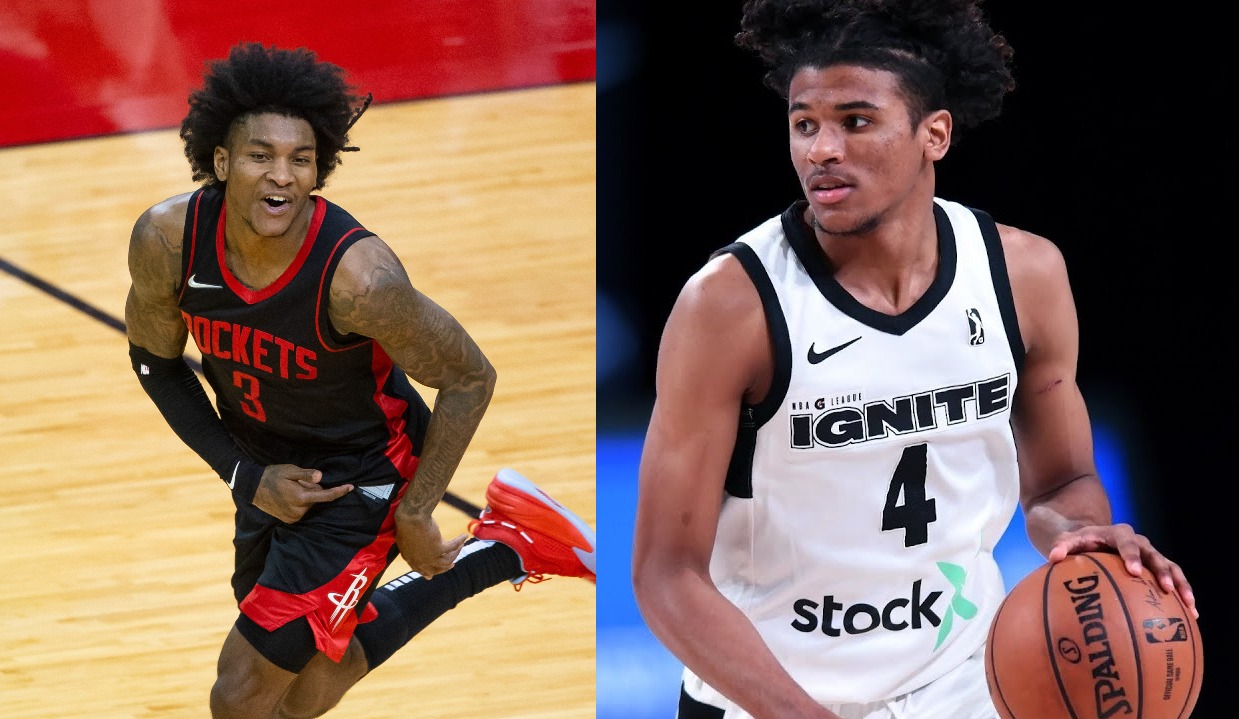 Let me preface this article by saying that I am what some on Rockets Twitter have christened a “RockNets” fan. I freely admit it.

For those unfamiliar with the term, it means that I am a lifelong Rockets fan who also heavily rooted for the Nets in the playoffs this past year. I was a diehard fan – or, perhaps, “stan” – of James Harden for eight years; I have a life-size poster of him in my room…that switch doesn’t suddenly just shut off, even with the unfortunate way that it ended.

Especially when the team you do root for was – let’s be honest – awful.

Unlike most fans, I’m not from Houston. I grew up in New York, surrounded by Knicks fans. No one in my family is from Houston and no one has any affinity toward the Rockets. But I was drawn to the Rockets from a very young age because I was captivated by Yao Ming. From there, the initial interest blossomed into a full-blown obsession. I watched every single game, came to school dressed from head to toe in red Rockets regalia, and had my actual bedroom painted in Rockets colors. Yes, I am enveloped by red walls every morning when I wake up and every night when I go to sleep.

But this season was different. My room remained painted in red, but the number of games I watched diminished. The number of Rockets t-shirts I kept in the outfit rotation also shrunk.

I think it was the PJ Tucker trade that really did it for me. The Rockets needed to trade him, and it was a good return package, but it was a strange feeling. I can remember taking a look at a box score from the following game, and not connecting with a single name other than Eric Gordon. Obviously, I knew who the players were and had been following them all year, but it didn’t feel like members of a team. It just felt like a bunch of guys playing together who happened to wear the same uniform. Am I rooting for a team color (that apparently became blue this year), or am I rooting for a team?

The Rockets had long been known for making trades and keeping the roster flexible, but there was always a core intact; I could watch players grow together over the course of multiple seasons with ups and downs and ups and downs. Looking at that box score, though, was like starting from scratch. Seeing that there was only one player who had been on the team for more than three seasons – Gordon – felt like a slap in the face.

I rooted for the Nets in the playoffs because there was some comfort in cheering on someone that I was used to cheering on. It was very familiar. (I also am firmly in the camp that the Nets winning a championship would have been a better outcome for the future pick situation, but that’s a debate for another day.)

But sports – and life – is all about adapting. Adapting and making the most of new circumstances. And that’s where us Rockets fans find ourselves now.

Many of us have done a much better job at adapting than me, and I applaud you for that. Imposter Syndrome plagues a lot of us in life. This past year was the first year where I felt Imposter Syndrome as a Rockets fan. I still had a James Harden poster in my room even though I wasn’t “supposed” to root for him. I knew that I should have been more excited when KJ Martin blocked a 7-footer, or when Kelly Olynyk was dropping twenty points a game out of absolutely nowhere, but it has taken some time to get to that point.

Losing is not fun, and what’s even less fun is knowing that you’re going to lose. I couldn’t separate out that fact when trying to find energy to be enthusiastic about the incredibly exciting young team on the horizon.

Tomorrow night, the Houston Rockets will draft their next potential franchise superstar. It will also be the night that officially shifts eras in Rockets history. Some may see the James Harden trade as that shift, but I view the entire last season as a transition to now.

Eric Gordon will likely be traded. If not tomorrow, then by the end of the summer almost surely. When that trade comes, the longest tenured Rocket will be Danuel House (it is a small miracle that he is still employed by this team, for the record). The Houston Rockets are a completely different organization – from the entire coaching staff to the announcing booth – than they were just a few years ago.

Losing sucks, but at least now – or tomorrow, I suppose – I can find comfort in that the Rockets are actually building toward something. They’re creating a culture. A new culture that can produce a cohesive team. (I shudder when anyone suggests a Christian Wood trade, by the way, because I consider him one of the biggest parts of this new culture; I so desperately want him to stay on the roster because I want to watch the Rockets get better and grow together. To have a core in place that can develop into a championship contender again one day.)

My Rockets fandom never went away. It was just confused for a little bit.

After last year, I am READY to compete again. I am excited to draft Jalen Green (most likely) and I am excited to watch him win basketball games alongside Kevin Porter Jr. and Co. It might not always be pretty, but this team is talented enough to surprise some people this year.

This might be a hot take or a “bad take,” but I would much rather fight for a play-in spot than have a repeat of what the Rockets did last year. Of course, I want to win a championship eventually. And maybe tanking multiple more years is the best way to do that. But I also want to have fun watching the Rockets again. I want to go back to being excited about the Rockets taking on the Orlando Magic on a random Tuesday night. I miss that pressure. I miss Acapella with Capela.

I believe that this young, competitive team – where every game actually matters – will launch a new era. A new era where we can see an exciting, fresh group come into their own as basketball players and as individuals. And I’m going to be there every step of the way.