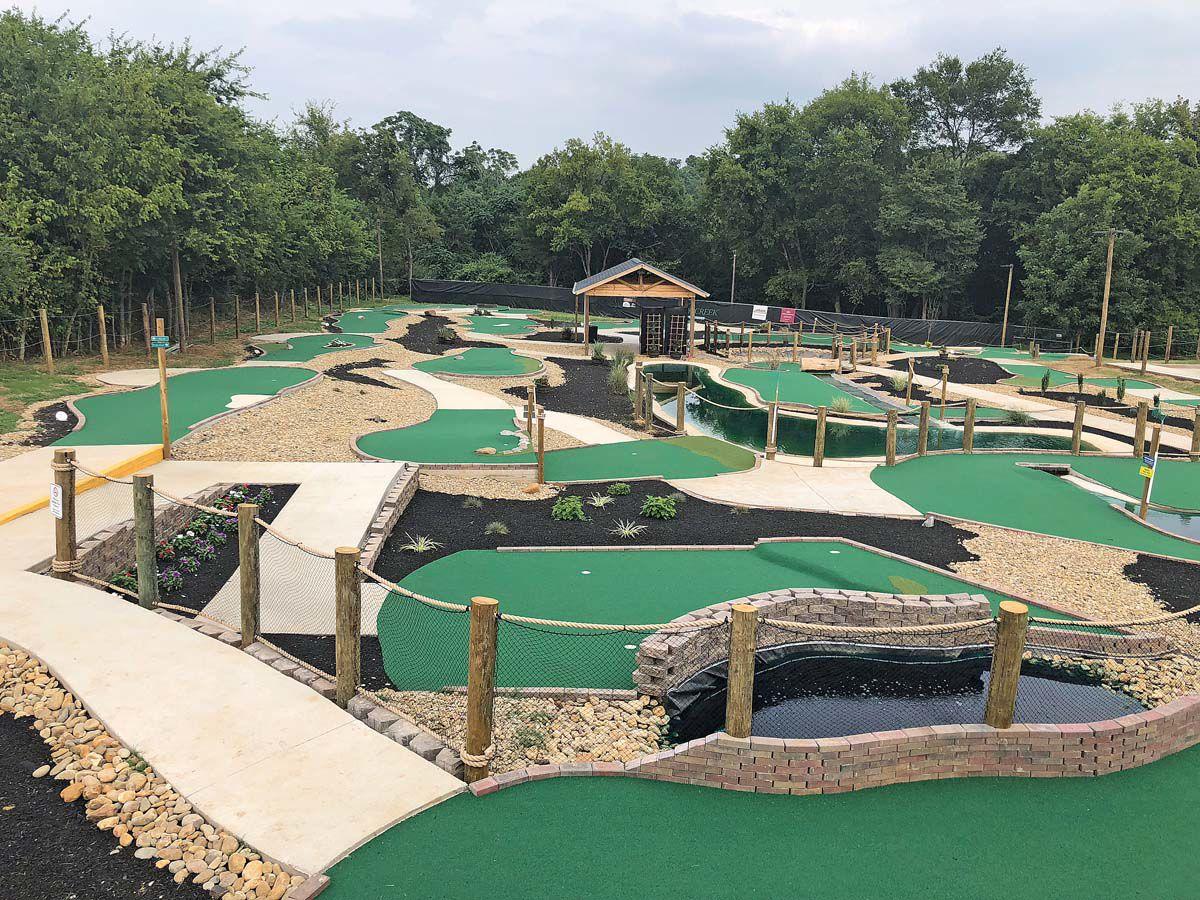 Well, at the end of August, I’m going down to Jefferson City, Tennessee to find out exactly what the Scotsman meant with those wise words back in 2008. I am bringing with me a putter, untapped potential, and a fascination with the lives and toils of the professional miniature golfer.

That’s right. On Saturday, August 28, I am signed up to play in the Tennessee Open at Mossy Creek Mini Golf, alongside some of the top mini golf talents in the country, for a chance at glory and a crack at the $2,000 purse. I have never been to Tennessee, nor have I ever competed in mini golf with anyone other than my family and friends. Basically, I have always been curious about the idea of professional mini golf – people actually playing for money in what’s otherwise known as just a recreational activity. My goal is not just to play in the Tennessee Open, but to tell the stories of professional mini golfers and see for myself just how good someone can possibly be at putting.

The Tennessee Open is really just a gateway drug into the elusive world of professional mini golf. The host course, Mossy Creek, is the site of the 2022 US Pro Mini Golf US Open, an event held annually since 1998, attracting some of the best men and women mini golfers around the globe. Yes, really. The US Pro Mini Golf tour also includes a Mini Golf Masters for a $25,000 purse and, you guessed it, an honorary Green Jacket. There is even a Hall of Fame.

The first step: the course. There are no windmills and moats and loop-de-loops; instead, Mossy Creek Mini Golf is a carefully crafted track designed to cater to the elite miniature golf professional. “We didn’t feel like we needed a pirate ship to stick out,” Kyle Cutshaw, the owner of Mossy Creek, tells me. Instead, the challenge lies in the long holes and the difficult to read slopes. In contrast to the courses that you might play in your hometown, Mossy Creek’s greens are far wider, creating lengthier and trickier putts around the cup.

“On every hole, you can get either an ace or a three,” Cutshaw continues, “The trick is avoiding the threes.” While a three might be a decent score for you and me, a three for a professional mini golfer is downright disastrous, losing too much ground on the rest of the competition. So how do the players ensure they avoid making any threes? The answer is just like any other sport: practice and preparation.

Months in advance, players will visit the host venues in order to determine how exactly to play each putt. Which brick to hit it off of, how hard to swing, where to aim, you name it. That’s just the tip of the iceberg, though. If you’ve ever watched professional golf (the big kind), you’ve seen that all players carry around green’s books – little charts that describe to them the undulations and angles of every single green. Similarly, the pro mini golfers carry with them their own carefully plotted “Deuce Charts.” “Deuce,” meaning the second shot. The players spend hours analyzing each hole, creating little diagrams that detail the exact break of every possible second putt they may have left (this assumes they didn’t already make a hole in one, of course).

Unfortunately for me, I will not have the luxury of ample practice time. What I will have on my side, though, is hope and passion. Will that be enough? Unlikely. But I’m ready for the challenge, and I’m ready to report on a burgeoning sport that deserves a not-so-miniature spotlight.

Be sure to follow me at @ZachZola1, and keep checking in with us at Apollo Media for updates and more content highlighting the event!