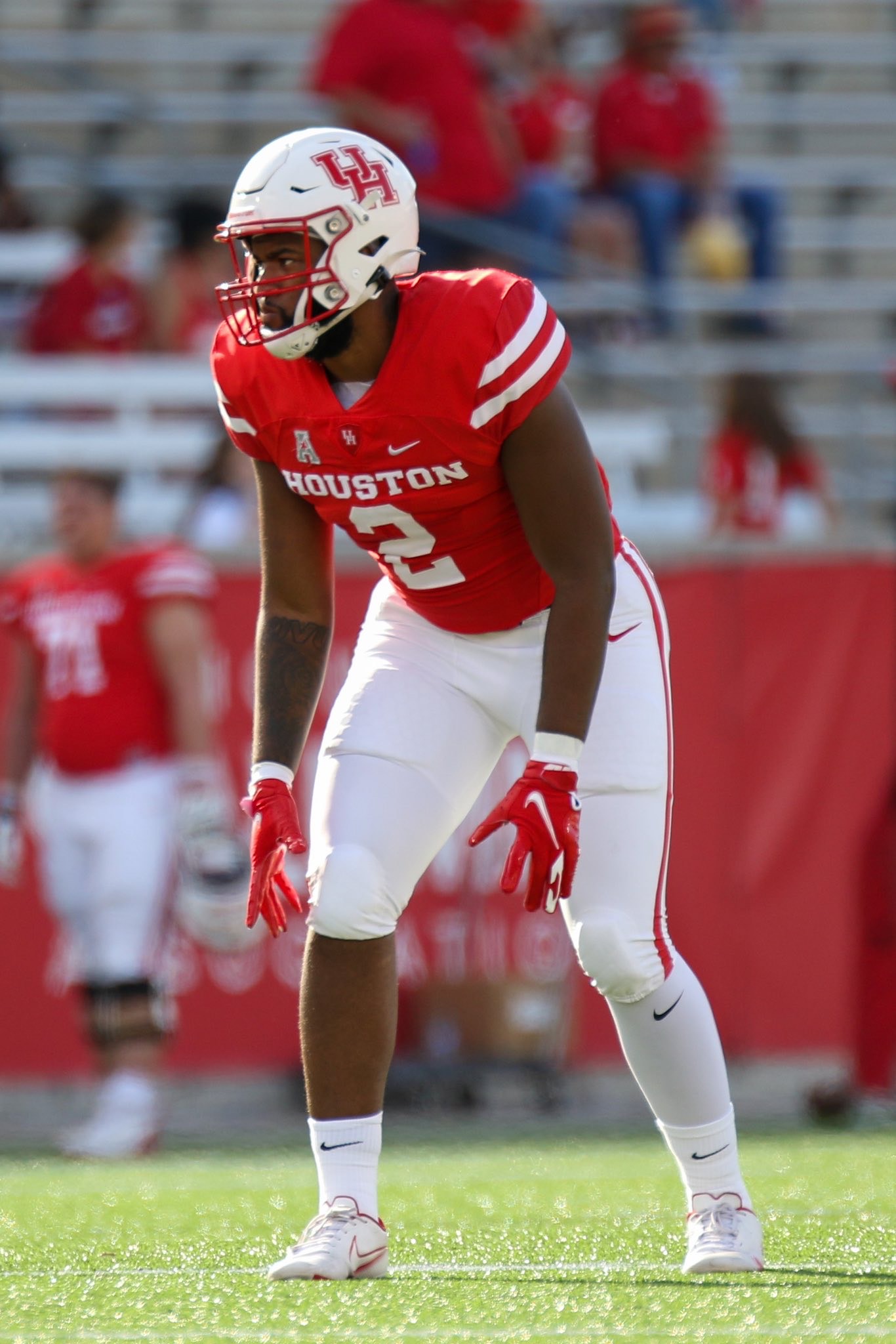 Houston football linebacker Donavan Mutin is one of eight captains for the Cougars in 2021. UH faces off against Texas Tech on Saturday. (Photo by Mario Puente)

The University of Houston opens its 2021 football season on Saturday when it faces off against Texas Tech at NRG Stadium as a part of the Good Sam Texas Kickoff.

Amid the plethora of speculation and noise from several outlets that Houston, along with Cincinnati, UCF and BYU, could be on their way to the Big 12, the Cougars will look to beat the Red Raiders and start the third year of head coach Dana Holgorsen’s tenure at UH on the right foot.

Houston returns 16 players with at least four games of starting experience from last season. The Cougars are hoping the veteran presence is felt most on the defensive side of the ball led by linebackers Deontay Anderson and Donavan Mutin; the cornerback duo of Marcus Jones and Damarion Williams and upfront with David Anenih and Derek Parish.

Cumbie spent the past seven seasons with Texas Christian as an assistant. Last season, the Horned Frogs averaged 30.8 points and roughly 412 total yards of offense per contest.

The Red Raiders named quarterback Tyler Shough, who transferred from Oregon, as the starter. He threw 13 touchdowns and six interceptions while rushing for two additional scores in seven games for the Ducks.

“He’s a pretty impressive looking guy,” Belk said. “Has a big arm, very talented [and] can hurt you throwing the ball and running the ball.”

One of Shough’s biggest weapons will be junior wide receiver Erik Ezukanma. He had a 46-catch season, tallying up six touchdowns for the Red Raiders in 2020. The Red Raiders also have junior running back SaRodorick Thompson that can cause problems for opposing defenses. He rushed for eight touchdowns and 610 yards in 10 games last season.

“I think Texas Tech can throw a lot of pitches to us,” Belk said.

On offense, UH will be led by junior quarterback Clayton Tune against Texas Tech, who has played a significant number of games under Holgorsen since 2019, and is looking to take a leap forward in his collegiate career.

With Tune’s top target in 2020, Marquez Stevenson, heading to the NFL, Tune will have to find new go-to targets. Two names to watch for will be wideouts Nathaniel Dell and Kesean Carter, who Holgorsen pointed out during the week.

Another name to keep an eye will be senior tight end Seth Green, who transferred from Minnesota and was named a 2021 UH team captain. Green received praise from Holgorsen on Monday.

“I’m really excited to [prove myself],” Tune said. “The last couple of years have been kind of weird … I feel like I haven’t played as well as I could have and shown what I am capable of.”