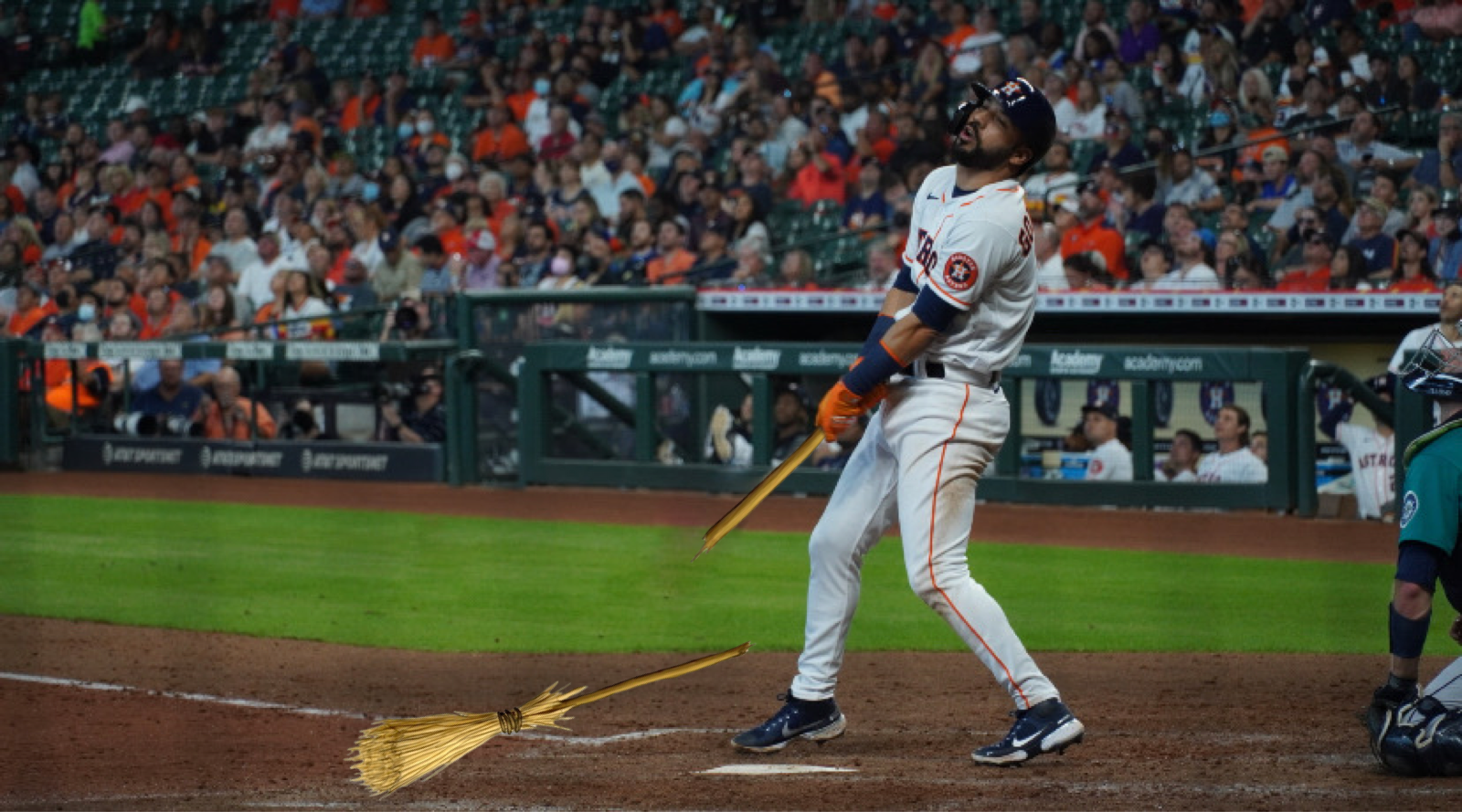 A broom shortage has rocked Houston amid supply chain issues due to the pandemic.

That is the only way I can justify how this 2021 Houston Astros team has failed time and time again to complete regular-season sweeps, especially during the day. It is like we are some vampire team scared to be in the sunlight, or we hate cleaning. There isn’t any in-between with these guys.

Here we are in September sweating games against Oakland and Seattle, hoping we can hold on and check if the sun will set before game time. I am not a math guy, but if we won like half of those days games/sweep opportunities, we would be coasting to another AL West title and the overall #1 spot in the American League and a historic team regarding wins. Throw in the 2 weeks where the league forced the Astros to play with their AAA/AA team due to a Covid outbreak, and the AL West would be wrapped up in a bow.

Speaking of the sun, of the remaining 23 games, only 5 of those are afternoon starts. 3 of those are against Oakland, including the season finale at home. I wonder if we have any more goodwill with Manfred as an organization that has shown nothing but class during this season to request to flex that last game of the season to primetime.