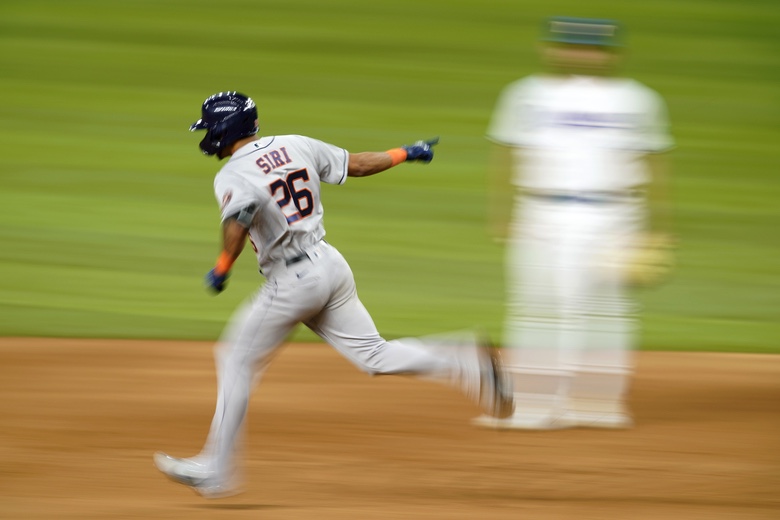 Wow, what a hell of a night for the rookie from the Dominican Republic. Jose Siri in his first career start only went 4-5 with 5RBI’s and 2 BOOMBAHS and added a little flair and juice that I desperately wanted to see on this team. Not a bad day at the office for Siri, who had been waiting for this moment for EIGHT years now. Yes, EIGHT years is what Jose Siri has been grinding for what last nights moment. We as fans just see players come up and down and hope they plug in and produce but neither myself or you understand the grind these guys go through. Barley being paid any monies, traveling from one small town to the next and hoping you can make rent just for a sniff of the big leagues. A lot of guys who are uber talented cut out early, they ring that bell and go on into the workforce, but there are others who grind and scrap and just wait for that one lucky bounce to come their way. Last night was that moment for Jose Siri, who has become a favorite of Astros twitter as he tore up AAA pitching all season and ultimately got the call up a couple weeks ago.

Hey Siri show me the highlights.

I promise there will be no more dumb “Hey Siri” jokes on my end.