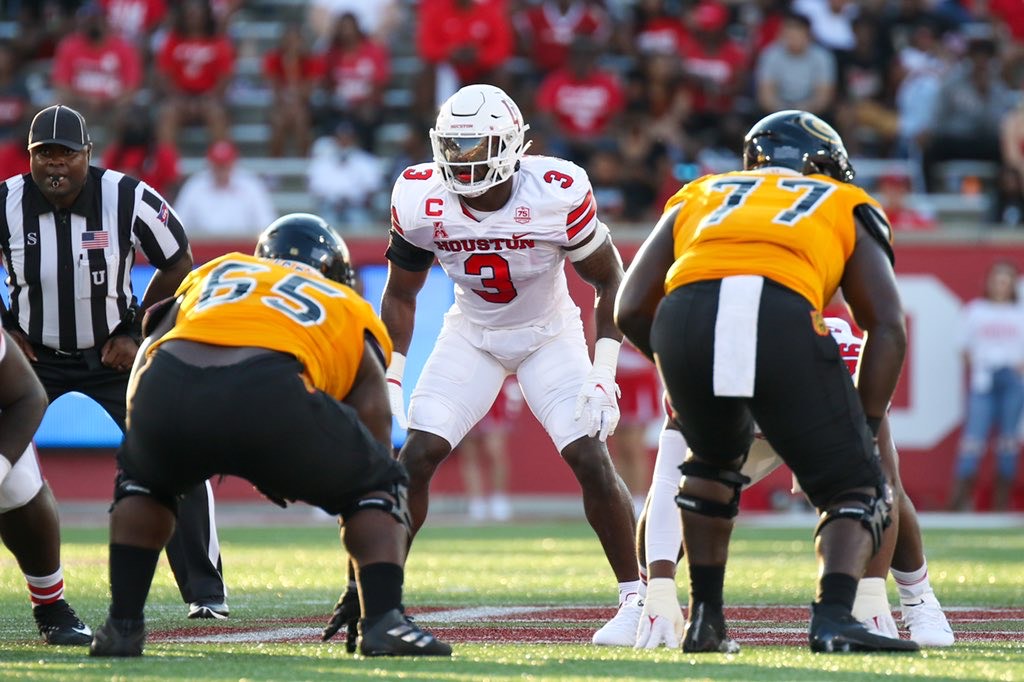 The University of Houston football team struggled to find any momentum against Navy in the first half. Anytime it had something positive going, disaster struck until the tide changed in the third quarter.

“I thought we were pretty average in the first half, especially that first drive … You got to be ready for anything,” UH head coach Dana Holgorsen said.

Whether it was at the end of the first half when it seemed like the Cougars were in position to at least kick a field goal before going into halftime when junior quarterback Clayton Tune scrambled for seven yards and slid down, allowing the clock to run out on the quarter.

Or if it was during the first drive in the third quarter when the Cougars were able to move 68 yards down the field on 12 plays only for the drive to stall inside the red zone and then kicker Dalton Witherspoon missed the 32-yard kick.

“Everything that happened out there does not surprise me at all,” Holgorsen said. “[Navy’s] a winning football program and they came in and played their tail off. At the end, our guys made enough plays to win. That’s kind of how I was hoping it would work out.”

Navy had built up a 10-point lead and seemed on the verge of busting the game wide open. Until it didn’t.

“We was down 17-7, and it was one of those situations to where never get to low because no matter what the score is, or what time it is, you got to finish,” senior Marcus Jones said.

Jones was responsible for UH’s only points up to that point that had come on a 73-yard punt return touchdown.

Following the missed kick, the UH defense forced a three-and-out that made the Midshipmen have to punt, which Jones returned to Navy’s 43-yard line.

The Cougars overcame two penalties committed by the offensive line on that drive to get the first offensive points of the game on a two-yard rush by junior running back Ta’Zhawn Henry.

“We started off lazy,” Henry said. “We knew Navy was a good team. We just played our ball in the second half and did what we had to do. Everybody knew what they had to do.”

After another three and out by the UH defense, the Cougars’ offense got rolling again. Moving down the field with a seven-play, 81-yard drive that ended with Jones being left wide open for the 47-yard touchdown that gave Houston its first lead of the night.

UH was aided to start the fourth quarter when Navy quarterback Xavier Arline mishandled the snap and allowed the ball to get on the ground, which was recovered by junior linebacker Malik Robinson. It turned into another touchdown for Henry.

The Midshipmen were able to put together a long field goal drive to keep the game at an eight-point margin, but after getting ball again for one final drive, the Cougars defense was able to get the exclamation point with a sack by junior defensive lineman Atlias Bell and forcing the Midshipmen to turn it over on downs on their final drive.

“Conference dubs are hard to come by and those are important,” junior defensive lineman Derek Parish said. “It could come down to the last few games of conference season, so those are always important. You can’t take those for granted.”

Tune finished 22-of-30 with 257 passing yards and a touchdown through the air while running back Alton McCaskill rushed for 74 yards. Henry, who Holgorsen said provided a spark to the offense, scored two touchdowns, and the leading receiver for UH was junior Christian Trahan with 65 yards. UH defeated Navy 28-20 and has won three straight.

Tune, who has received criticism as the team’s starting quarterback since throwing four interceptions in the season opener against Texas Tech, put the first-half struggles against Navy behind him and led UH to three touchdown drives in the second half. It could have been four total scoring drives to start the second half had Witherspoon not missed his field goal.

After the game, Henry said the team believes in Tune as a leader and as their “QB1.” Tune said the comments from his teammates are the only opinions he cares about.

“We proved something to ourselves,” Tune said. “I mean it’s something we knew about ourselves, but I think it’s good to go out and do it and see the fruits of our labor.”