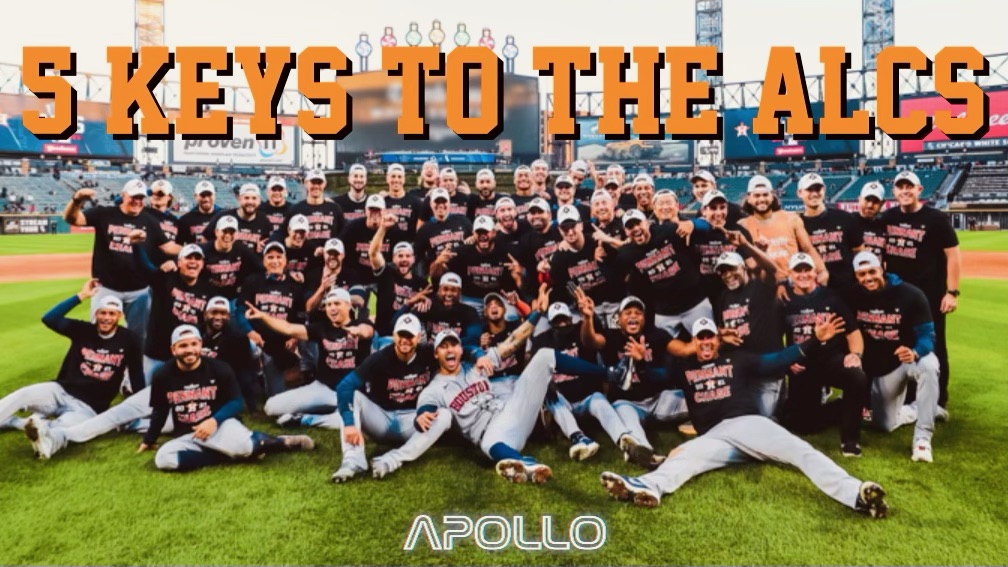 The American League Cheaters’ Series is all set! The Houston Astros & Boston Red Sox are both ALDS winners, and will now face off in a rematch of the 2018 ALCS. The best-of-7 series kicks off in Houston on Friday night with a (likely) pitching matchup of Nathan Eovaldi vs Framber Valdez, where a king’s ransom of momentum will be on the line. The Red Sox are flying sky-high after battling back & securing their series with 3 straight wins over Tampa Bay, hanging up 32 runs in the process. Boston wasn’t the only offense showing off in the first round however, as the Astros put up 31 runs of their own in a 4-game gentlemen’s sweep over the Chicago White Sox. It’s safe to say that the Red Sox have a better ballclub than most assumed, but the Astros have shown that they’re exactly as dominant as everyone thought, so it looks like we’re going to have one hell of a matchup on our hands! Exactly what must Houston do to advance to their 3rd World Series in 5 years? Well, you can count em’ all on one hand…

Ideally, we’d really like to get 6 or 7 solid innings out of the southpaw. You never want to dip into your long arms (Greinke & Javier) this early in the series, plus I’m sure Dusty would like to eliminate that Middle Reliever variable entirely. In my opinion, Friday’s matchup is as close to a must-win as any game 1 can get. Boston’s coming in on a high horse after upsetting the AL’s best team in 4 highly electric ballgames, but everyone knows how the Framchise adores pitching in the Juice Box. This game will be the tone setter of the series, whichever squad comes out on top will hold a death grip on momentum moving forward. If Framber can get us through 5 or 6 innings with less than 3 runs, Houston should have a pretty good shot at securing a victory in game 1.

#2. Houston Must Win the Walk Battle.

It may seem elementary, but it’s absolutely essential in a 7-game series. Both of these squads crushed their opponents in this category during the divisional rounds in a great display of how working counts & drawing walks leads to positive outcomes. Not only does it help drive up the other guy’s pitch count (which takes its toll on arms later in the series), but it also provides your lineup with extra opportunities to face pitchers by creating additional plate appearances. Opposing pitchers become familiar faces during elongated series’, one extra look at a guy in game 2 could dictate the outcome of a clutch at-bat in game 6. Besides, free baserunners hold a whole lot more capital this time of year.

Maldy batted 1-15 with 6K & 0BB against the White Sox in the ALDS… that’s abysmal. I’m not expecting the 9-hole hitter to bat .400, but racking up 6 punchouts without a single walk to show for it is downright unacceptable. He’s the damn catcher for Christ’s sake! His establishment of the zone while hitting directly translates to how the game’s called when he’s behind the plate. He should be looking to almost overwork counts in this upcoming series – expand the zone by fighting deep into counts & take the slap singles that present themselves.

On the other hand, Machete was damn near perfect on the defensive side of the ball: 39 putouts in 41 chances, 1.000 fielding %, 0 pass balls & he chopped down the only runner who dared to run on him. His arm is so damn strong, it’s gotten to the point that even the thought of attempting to steal while he’s behind the plate has become unfathomable, which has to give a reassuring feeling to his guys on the mound. He’s solidified himself as a rock in this defense, but he mustn’t faulter now, Fenway is a monster & these young pitchers are going to rely on him to navigate their way through an extremely hostile playoff environment.

#4. Relievers Have to Execute Their Go-To Pitches.

Obviously, you’d love for whoever’s coming out of the pen to start dealing as soon as they hit the bump, but this is October, where at-bats are long & outs are hard to come by. It’s a methodical battle for every out in the postseason. Pitchers know to keep that put-away pitch polished & ready so that they don’t wind up on another team’s championship DVD, especially when you’re facing a lineup as hot as Boston currently is – you have to attack with your best stuff & fight fire with fire. Houston will be fine if they can dominate that battle, but there’re 3 pitches in particular that I believe can swing this series one way or the other: Phil Maton’s curveball, Kendall Graveman’s sinker & Yimi Garcia’s four-seamer.

There’s no better example of momentum manipulation in sports than a 7-game baseball series – the club who can most effectively ride & stall the waves of momentum that splash throughout a series is typically the team that walks away with the W. There’re countless ways to control the swaying tides of momentum in this sport, whether it be by slowing the pace of play to muffle an opposing crowd, or riding the energy of your home fans to rattle a pitcher & extend an inning. Minute Maid always provides an electric atmosphere in October, so having home field advantage here is a huge plus, but Fenway’s no joke either. It’ll be up to aggressive plate approaches by the lineup, paired with tactical game management by Dusty & Maldy to navigate our way through the away games. At home in H-town, it’ll be about not getting in our own way: move runners over, stay out of double-plays & play clean defense. As mentioned, game 1 will play a huge roll in determining momentum in the beginning of this series, but as long as Houston can execute in the spots that they need to, taking care of this Wild Card team should be slight work. Stros’ in 5.