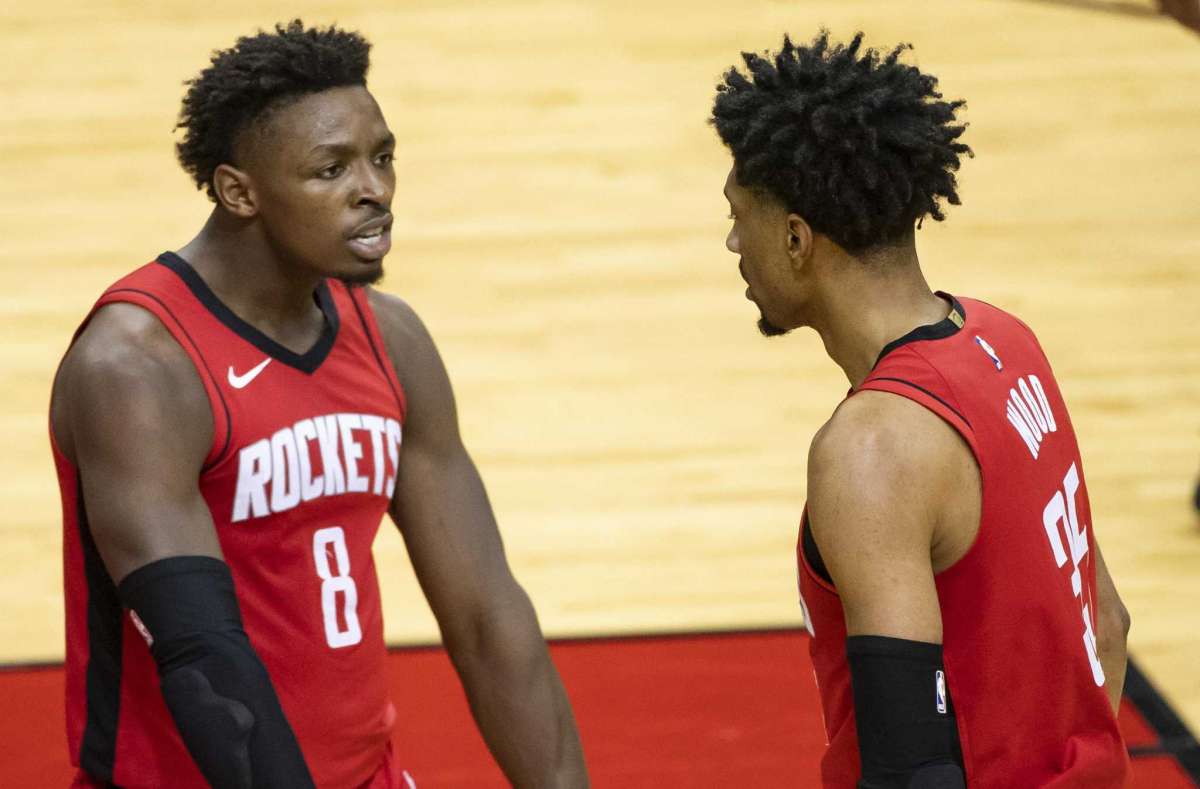 Out with the old and in with the new.

It’s a classic mantra, meant to usher in the beginning of something fresh, something different. With eight players in either their rookie or sophomore NBA season, the Rockets have taken “youth movement” to the next level.

After last season’s turmoil, the Rockets slammed shut the window of contention when they traded James Harden and PJ Tucker for a smorgasbord of players and draft assets.

What many people don’t realize is, when that window was shut, the Rockets stood inside a brand new house full of new furniture, a stocked kitchen, and plenty of extra space.

With a whopping FOUR first-round picks in the 2021 NBA Draft, Rafael Stone managed to grab a potential scoring champion in Jalen Green, the next great passing big in Alperen Sengun, a potential future All-Defense big who can guard on the perimeter in Usman Garuba, and a relentless, downhill attacking guard in Josh Christopher.

The message seems clear — acquire as much young talent, cast a wide net, hope these young guys all flourish and grow.

In addition to those rookies, the Rockets grabbed Kevin Porter Jr. for next to nothing, re-signed sharpshooter Armoni Brooks, and still have Kenyon Martin Jr. laying in wait.

This young core alone would be reason for celebration. Jalen Green flashed his scoring ability Sunday night with 30 points on 8-of-10 shooting from 3. Alperen Sengun looks like the most-developed rookie thus far (on both ends!).

Look, not every player on the team can be a future superstar.

Five-time All Star guard John Wall (31) worked with the Rockets’ front office to work out an eventual trade, but did so in such a manner that he’s still able to help the younger players grow without taking minutes from them in the meantime. That is best-case scenario for the team.

Eric Gordon (32) is currently averaging 25 minutes per game, but has been a force of stability on the offensive end for a team that is working to transition Kevin Porter Jr. to the point guard position. Gordon is slashing .500/.538/.800 while only attempting 9.3 field goals per game. If nothing else, Gordon has solidified his trade value to contending teams at the deadline.

Daniel Theis (29) is currently in the starting lineup, but how long that will last is uncertain. That’s not a knock on Theis, he has been relatively good in his role. But Alperen Sengun has been much better, particularly for Christian Wood.

Finally, DJ Augustin (34) and David Nwaba (28) round out the rest of the veterans. These two are only averaging about 12 minutes per game and they’re serving as fillers for when things go off-the-rails a bit. Nwaba is constantly attacking and is a self-starter and Augustin is a semblance of stability from the backup guard spot without taking anything away from the younger players. Again, best-case scenario.

Any of these players will be available to contending teams and, with the exception of John Wall, are on incredibly manageable contracts.

Somewhere in the void between youth and veteran leadership lay Christian Wood and Jae’Sean Tate, both 26. For both of these players, their time with the Rockets has been about proving themselves.

Tate spent time overseas in the NBL after being a four-year starter at Ohio State, but never found footing in the NBA until Rafael Stone brought him in. In his time with the Rockets, Tate has been a tenacious defender and a crafty playmaker, often taking the toughest defensive assignment while also showing he can handle the ball and initiate the offense.

On the other hand, Wood spent four years trying to stick with an NBA team, and was even cut by CBA’s Fujian Sturgeons. But Wood landed in Detroit and injuries gave him an opportunity to shine.

Since joining the Rockets, Wood has averaged 21.1 point, 9.7 rebounds, and 1.2 blocks while shooting 38% from three. Wood has proven himself as a legitimate NBA starter and viable number one option for a team that has seen itself remade in just a year.

If the Rockets are to vault themselves back among the contenders in this league, it will largely be centered around Tate and Wood. Their development is currently keeping the Rockets afloat while the rookies get up to speed. Young teams will need pillars of stability while going through growing pains and it starts with these two.

So that’s it! That’s The Optimist’s Guide to the Houston Rockets. With a treasure trove of future draft capital, young building blocks, serviceable veterans, and everything in between, Rafael Stone has put the Rockets in a position to get back into the league’s upper echelon of teams.