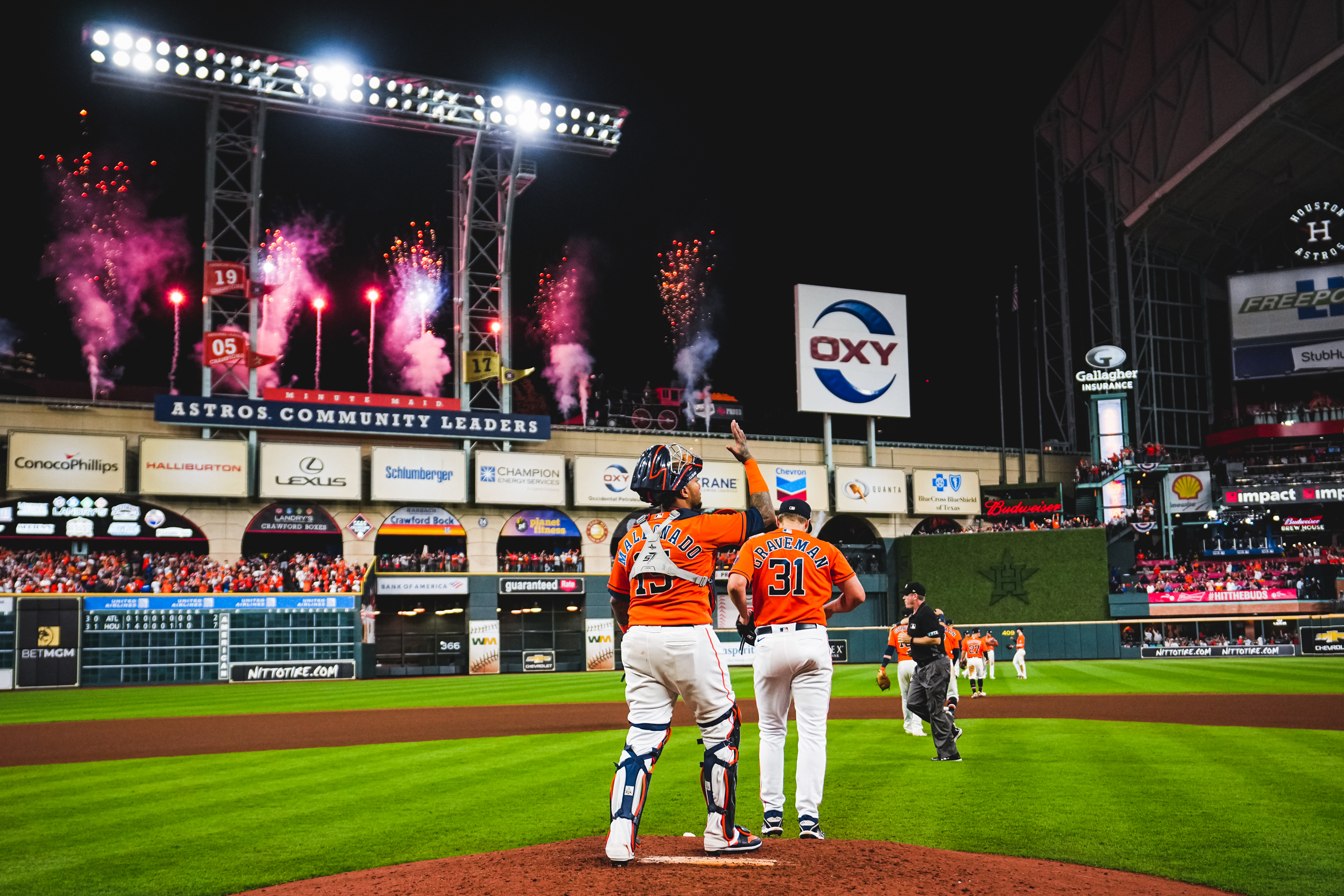 The Houston Astros came out firing on all cylinders Wednesday night as they pretty much owned the game from the bottom of the second inning on. The offense singled the Atlanta Braves to death, and Jose Urquidy got five innings of incredibly solid starting pitching done.

I wrote earlier this week in an Apollo roundtable that the pitching x-factor for the Astros would be if the starters can get you five innings. I also thought at the time it would be Luis Garcia dealing in game two, but big game Urquidy came to play. Urquidy has two more wins in the World Series than Justin Verlander, which is sure to be a great trivia question in 20 years. He tossed five solid innings, giving up six hits, two runs and seven strikeouts. Urquidy had his good stuff and the mix between his fastball and changeup had the Braves whiffing all night long.

This is exactly the type of start that the Astros needed from any of their starting pitchers. Christian Javier, Phil Maton, Ryan Pressly, and finally Kendall Graveman shut the door on the Braves with no hits allowed, and only two walks. It was a masterful use of the bullpen being that Thursday was an automatic rest day for these guys, and Dusty Baker kept the key pieces sharp before going to Atlanta.

Let’s talk about the offense now. To lead off the first inning, Jose Altuve jumped all over the first few pitches, as he typically does, and finally rocketed a double off of Max Fried. Alex Bregman brought Altuve home on a sacrifice fly shortly after. That’s what the Astros always need; a good first inning from their starting pitching, and an early run. It gets the juices flowing, and the boys get a little loose out there and start having some fun.

In the second inning, after Travis d’Arnaud ripped a homer into the Crawford Boxes, the Astros singled the Braves into oblivion. Kyle Tucker singled, Yuli Gurriel then singled, next it was Jose Siri to get an infield single, after that Martin Maldonado singled! Then this happened:

‘Twas a strange way to keep it going, but hey, I’m not complaining. The Astros didn’t get all too much after that inning where disaster happened for the Braves, but the MVP did show up to the field.

Jose Altuve is so back. The Astros knot the series at one a piece as the teams head to Atlanta where I’m sure the crowd will be raucous because it has been 22 years since their last World Series appearance.