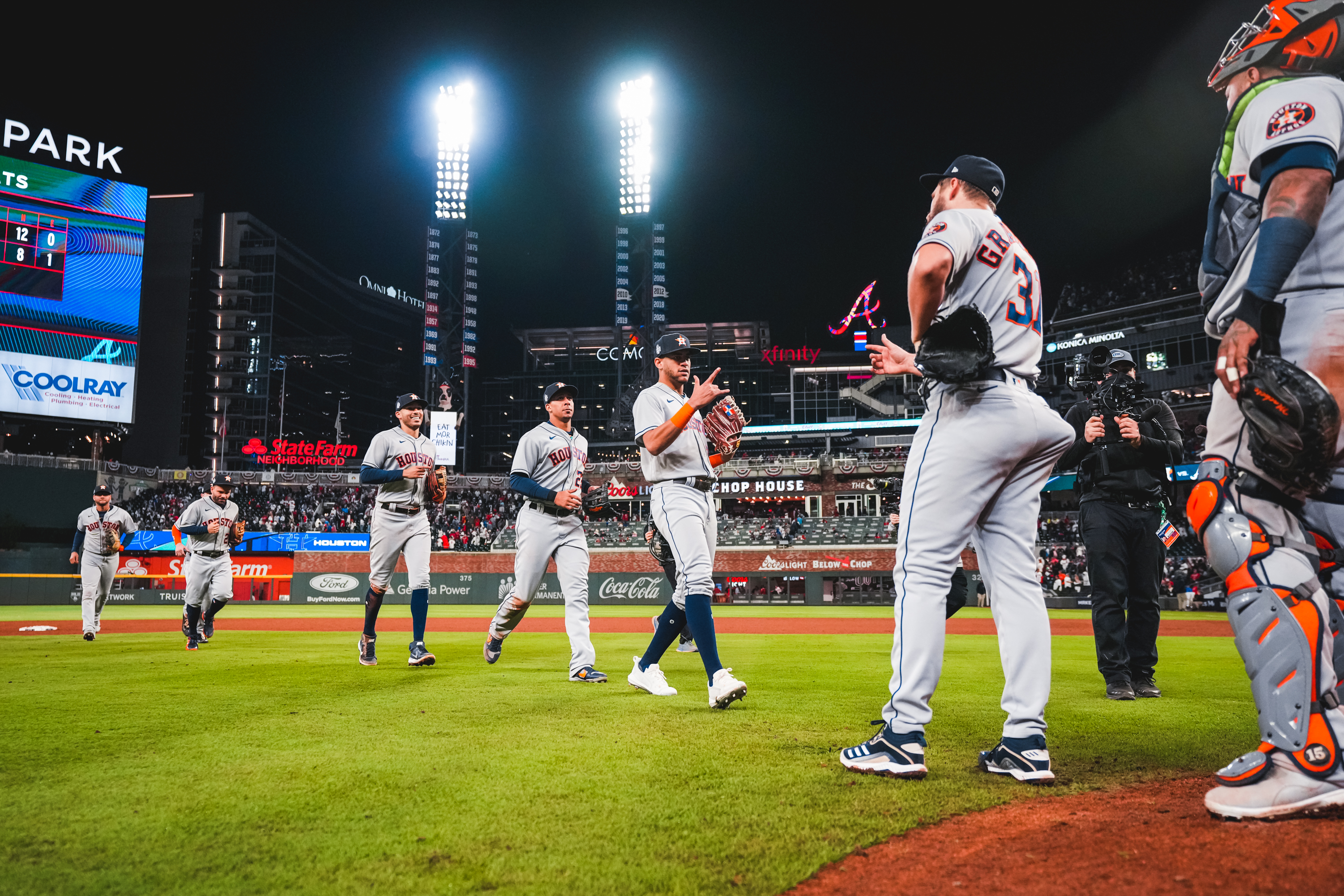 The Astros were playing in rain for two straight days in the dirty south. No batting practice, barely taking the field to even see ground balls before the game, and shitty weather for games three and four of the World Series, and the Astros looked like they forgot how to hit. All of a sudden, the sun comes out in Atlanta, and the Astros score nine runs. Coincidence? I think not.

The Astros were down 3-1 and the fans were down. Sure, a 3-1 deficit in a seven game series is daunting, but if any team can beat it, it is the Astros. Last year when the team was under .500, and down 0-3 in the ALCS against the Tampa Bay Rays, everyone thought the Astros were dead. Fast forward three games in that series and it was tied with a chance to go to the Mickey Mouse World Series in 2020. 2021 is no different, everyone still thinks the Astros are done, but they’re headed back to Houston with an opportunity to play another game.

While the game got off on the wrong foot after Framber Valdez gave up a two-out grand slam to put the Braves in a commanding position up 4-0, the Astros didn’t go away.

Dusty Baker switched the lineup around and put Alex Bregman in the seven-hole. It woke his ass up, as he produced this double with a runner in scoring position, as all Astros fans rejoiced for finally getting a hit with RISP.

Yuli Gurriel tied the ballgame in the next inning with a groundout, and all of a sudden the Braves’ first-inning grand slam was erased. As an Astros fan that watched the 2019 World Series, it was a relief to see the Astros finally decide to hit the ball in crucial moments.

Also, Zack Greinke is the absolute best and I won’t hear otherwise.

Unlikely heros, Martin Maldonado and Marwin Gonzalez, came up in the clutch to put the Astros ahead with two outs in the top of the fifth inning. Marwin had looked lost for the last month at the plate, and for some reason last night I thought he might just do something to flip the game on its head.

Game two of the 2017 World Series hero, comes in to take the lead as a pinch hitter in the 2021 World Series. Marwin Gonzalez, we love you.

My doppelganger, Phil Maton, is a mass murderer and I can’t wait to get him to a full offseason with the pitching masterminds that the Astros have. Maton pitched two marvelous innings, allowing two hits and striking out three on 29 pitches, 20 of which were strikes. He even showed a little emotion after his second inning of work!

The Astros live to fight another day as they head back to Houston to play game six Tuesday night. The team isn’t dead yet, and it’s going to be an uphill climb if they want to reach the mountaintop. Don’t let the Astros win game six, that’s all I know.