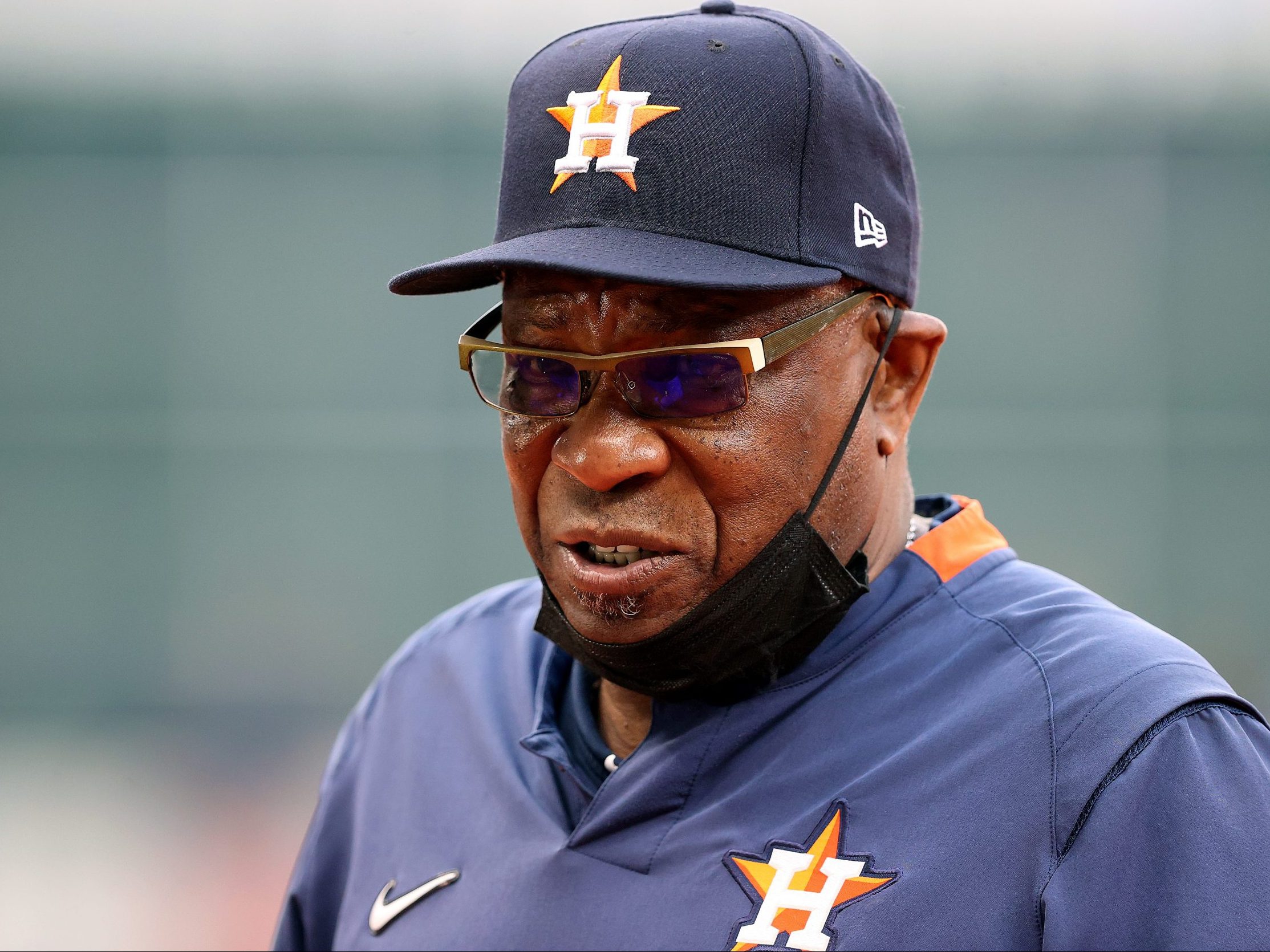 Anytime a team loses, particularly in the postseason, fans tend to have no trouble looking for someone to blame for the loss. Who can we pin this on and say they need to do better next time, or who needs to lose their job so we don’t experience this again? It’s an understandable coping mechanism, and Astros fans are no stranger to it.

But instead of passing blame, I think it’s fair to look at who we shouldn’t be blaming. Who showed up and did their job as well as could be expected? Who exceeded expectations? Who’s taking some of the heat but shouldn’t be? There are plenty of guys we should be thanking for their efforts in getting the Astros to another pennant and a couple wins shy of a World Series title.

The first, and most obvious to me, is Dusty Baker. The manager is always an easy target. A portion of every fan base thinks if the manager puts a pitcher into the game, and that pitcher serves up a home run, that it was the manager’s fault for letting him pitch in the first place. Last I checked, I’m pretty sure the manager never tells his pitcher to hang a breaking ball in the hitter’s wheelhouse.

The fact is that Baker managed the pitching staff superbly throughout the postseason. The loss of Lance McCullers could’ve sunk this team, but they pressed on anyway. The team could’ve folded after Game 3 in the ALCS, but they roared back instead. My only gripe would be using Jose Urquidy in relief in World Series Game 5 – I would’ve rather started him in Game 6. But all in all, Baker did just about everything right and will hopefully be back for another run in 2022.

The bullpen was mostly excellent throughout the playoffs, but let’s highlight Phil Maton, who really came into his own. He threw 5.2 scoreless innings in the World Series, striking out eight, and allowed just one run in 12.1 postseason innings. Guys like Ryan Pressly, Kendall Graveman, Ryne Stanek and Cristian Javier had their moments, but Maton really stood out because he pitched in nearly every game.

Zack Greinke deserves no blame. Despite not being stretched out as a starter, he delivered four scoreless innings in Game 4 and also came up with a pair of hits at the plate, including as a pinch hitter in Game 5. It seems likely that Greinke will move on in free agency, so if these were indeed his last appearances in an Astros uniform, he made them memorable.

We also can’t forget Urquidy, who got the win in both of the Astros’ victories in the World Series. He pitched five solid innings in Game 2 and then threw a scoreless frame in relief in Game 5. Again, I would’ve preferred he start Game 6 instead, but it was all hands on deck facing elimination. World Series Urquidy is the best Urquidy.

This list is a little shorter than for the pitchers, but there are a few guys who hit well. Michael Brantley slashed .333/.407/.417 in the World Series and was a consistent producer throughout the playoffs. His .824 OPS in the World Series was the best among Astros regulars.

Kyle Tucker hit .286/.375/.381 in the World Series, which was the second-best OPS among regulars. Amazingly, he didn’t drive in a run, but he also played strong defense and stole two bases. Carlos Correa also played sterling defense and hit a respectable .261/.320/.304, while Yuli Gurriel did the same with a .273/.333/.273 line. And don’t forget Martin Maldonado, who tied Correa for the team lead with four RBIs in the World Series.

So, Who is to Blame?

Well I think we have to first blame the Braves. Their run to the championship was impressive, especially after losing the players they did. They outslugged and outpitched the Astros and you simply have to tip your cap to them. As a baseball fan, I have to admit it’s nice to see guys like Freddie Freeman and Brian Snitker get rings.

But for the Astros, the biggest story was the lack of situational hitting and the lack of power. The team hit only two home runs the entire series, both of which were solo shots from Jose Altuve. Even the guys that hit relatively well – Tucker, Correa, Gurriel – weren’t going deep or finding many gaps. The Astros had 45 hits in this series, 35 of which were singles. A team slugging percentage of .299 isn’t going to cut it, nor is leaving 11 runners on base in Game 4.

Then you also had Yordan Alvarez and Alex Bregman both disappear. For Alvarez, it was likely due to the Braves pitching him differently and him not being able to effectively adjust on the fly. For Bregman, he just looked completely out of sorts at the plate, both mentally and physically. When those guys combine to go 4-for-41 in the series, that’s a lot for the rest of the lineup to overcome.

Changes to be Made?

I wondered if the Astros would make a change at the hitting coach position after they struggled in the 2020 regular season and after Alex Cintron started that brawl in Oakland. But they kept both Cintron and Troy Snitker, and the team had one of the best offenses in the game in 2021. Still, it’s concerning that the power disappeared, Alvarez and Bregman struggled, and Altuve seemed to be selling out to pull the ball despite being one of the best at hitting to all fields.

Baker should be back in 2022, so he’ll have a big say in whether there are any staff changes. They’ll already have to replace the retiring pitching coach Brent Strom, but they may promote from within. If a new manager comes in then he may make his own changes, but if Baker returns, I would expect the coaching staff to otherwise remain intact.

GM James Click will have to replace Correa if he leaves in free agency, but the rest of the lineup should return. He’ll also need to fortify the bullpen and perhaps add another rotation arm, but the bulk of this team is really good and should be back. It won’t take much to have the Astros in position for another championship run in 2022.

In this article:Dusty Baker, Houston Astros