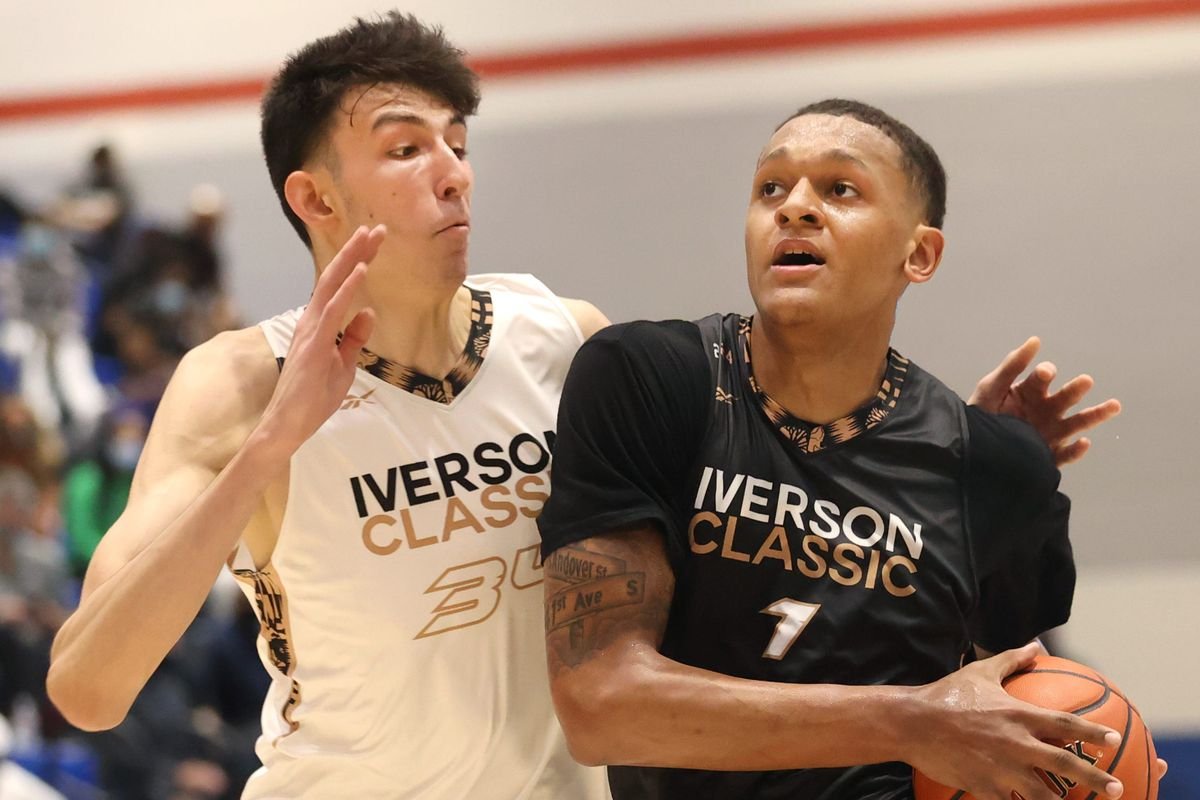 Even though the NBA season is not even a quarter of the way through, a reasonable amount of attention has already been directed towards the 2022 draft. Bottom dwellers, like the Houston Rockets, are in for a tough year of rebuilding; however, there is a silver lining amidst the struggle. Houston currently possesses two first-round picks for next June, and one of those may very well be in the top-four. With the college basketball season having been underway for just over a week, it’s time to conduct our initial 2022 NBA mock draft (with lottery explanations).

*Note: A mock draft and a big board are NOT the same thing. Fits and team needs will play a factor in the overall predictions. Also, things will change throughout the year; this will likely look VERY different by the time the draft comes around.

I’m not going to sit here and disregard the recent news that has come out about Banchero and the DWI situation; that situation will continue to be monitored. I don’t, however, believe that it will affect his draft stock in the long run. The 6-foot-10 freshman is averaging 17.0 PPG on 62.5% shooting from the field, to go along with 8.5 RPG. Banchero is a true three-level scorer with a tremendous feel for the game; this is a no-brainer pick as he will likely be the crown jewel of this class.

The Pelicans have stumbled to a 2-13 record and for the time being, will be slotted at #2. New Orleans does have Jonas Valanciunas and Jaxson Hayes on the roster, but are in need of a true rim-protector. Holmgren may not have an NBA-ready frame, but the ceiling and two-way potential could be too enticing to pass up.

It took some years, the Magic finally established a direction in their extensive rebuilding process. The additions of Jalen Suggs, Franz Wagner, and Wendell Carter Jr have done wonders for an organization looking to take the next step. Through two games, Smith has been extremely impressive; the 6-foot-10 big has averaged 15.5 points (56/63/75 shooting splits) and eight rebounds per game, respectively. Mo Bamba is an unrestricted free agent after this season, so this move makes sense.

The Cade Cunningham era is officially underway in the Motor City and Batman needs a Robin. Jerami Grant is 27 and only under contract through next season, while the verdict is still out on Killian Hayes fulfilling that secondary-scorer role. At 6-foot-9, Baldwin Jr is silky smooth on offense; he plays like a guard and handles the ball extremely well. In a time period of positionless basketball, PBJ possesses a skillset similar to that of Paul George.

Dejounte Murray has had an incredible start to the season, while Keldon Johnson and Devin Vassell look like draft successes. However, the Spurs need more firepower in their offense and what better way to address that, than by drafting perhaps the best pure scorer in the draft?

Houstan hasn’t been able to get going just yet for the Wolverines, averaging just 9.3 PPG on 38.5% shooting. But it has only been three games and the talent is there; it could be a different story if he continues to struggle in a month. Minnesota already has their centerpieces of the future, and adding an athletic wing with two-way potential could be just what the doctor ordered.

Admittedly, I have my concerns surrounding Duren’s game. There’s no doubt he has elite strength and athleticism for a big, but I worry about the lack of offense outside of the paint in today’s NBA. OKC does need a big man for the future, and banking on a prospect with high potential could be a huge return on investment.

This would be a great spot for a big man considering Myles Turner is eventually going to go traded (right?). I was really high on Watson before the season started, and although that hasn’t wavered, he will need to start producing to stay in the top-10 of mock drafts. If he can put it together, this would be a home-run selection for the Pacers.

It is unlikely that the Hawks stay this low, but for the sake of this exercise, we’ll play along. Atlanta doesn’t necessarily have a glaring need, so the organization goes with the best player available. Ivey is a tad bit undersized for a traditional two-guard (6-foot-4) and doesn’t particularly shoot the ball well from deep, but he has solid burst and can change directions quickly, making him a tough player to defend. Not to mention, he rebounds extremely well for his size.

Speaking of not staying this high in draft order, it’s only a matter of time before the Bucks put things together. If they were to draft here, quality depth is the name of the game. Chandler gives Milwaukee a solid backup point guard option for the future.

I’m going to be honest, I have no clue what the Kings are doing. Sure, Davion Mitchell projects to be a solid player, but there is a evident rotation issue with three guards (De’Aaron Fox, Tyrese Haliburton, and Mitchell). Unless they’re set on playing all three at the same time significantly which is unlikely, Sacramento needs to use this pick on a wing or a big. Nzosa is a project offensively, but could very well be the best defensive prospect in this draft.

Griffin has an NBA-ready frame already at 6-foot-7 and 220 lbs, and will likely be a project offensively. The Raptors have one of the best developmental programs in the league, and would put him in one of the best situations to succeed. Not to mention, Toronto doesn’t have any glaring needs.

Portland is in an intriguing situation; with the roster they have it is clear that they are not legitimate title contenders (never have been). How do they get over the hump and maximize Damian Lillard’s prime? Regardless of the answer, selecting a 6-foot-7 wing that can shoot the three and defend will be a welcomed addition to the rotation.

An eventual-upgrade at point guard would do the Celtics wonders; Wahington has a high-upside ceiling offensively, both as a scorer and a facilitator. Alleviating some of Marcus Smart’s responsibilities could be a huge benefit for the rotation.

Start getting used to seeing Agbaji’s name in first-round mock drafts; the 6-foot-5 senior is averaging 27.0 PPG on 61/46/89 shooting splits. Houston is in dire need of NBA-ready players and although Agbaji may not have the highest ceiling, he has a high floor, shoots very well from deep, and is a solid defender.

Related: Relax. The Houston Rockets are exactly where they should be at this point