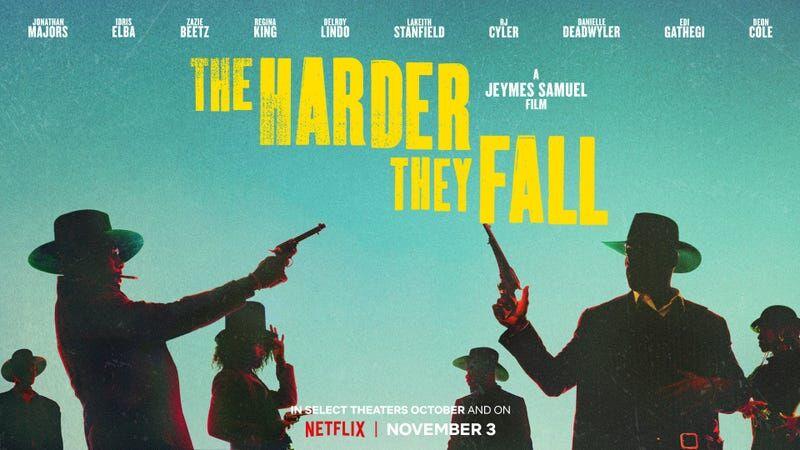 By the mid 2000’s westerns were dead. Or at the very least, in palliative care. I made a throw away joke on the podcast that “Wild Wild West” (1999) killed the western genre in film. But the more I think about that joke, the more I believe it to be true. Westerns were still winning The Oscar for Best Picture in the 90’s with “Dances with Wolves” (1990) and “Unforgiven” (1992). And of course you have what I like to call “TNT/AMC/USA Bangers” like “Tombstone” and “Quigley Down Under” and even that sort of feels like a resurgence from the 80’s. I could go on and on about this but my main point about is that there were only three or four good mainstream westerns in the 2000’s. “3:10 to Yuma”, “The Assassination of Jesse James by the Coward Robert Ford” (all time title by the way), “Open Range”, and “No Country for Old Men” were really the only stand outs in a decade just void of the films that really kicked off the American movie industry.

You were never going to replicate the run that westerns had from the 50’s though the 70’s. It just wasn’t going to happen. But in the 2010’s I believe we have seen a massive resurgence of the genre. Not only are filmmakers going out of their way to make a western, but people are actually watching them and the films are getting recognition as well. The style has certainly shifted. Just look at Taylor Sheridan’s modern day frontier trilogy of “Sicario”, “Hell or High Water”, and “Wind River”. These aren’t the gunslinger/old west tales that we were accustomed to. People are using machine guns and high powered rifles, but the familiar beats are still there.

This modern retelling of westerns is one that I love but it is only one example. Another example is what Quentin Tarantino kicked off with “Django Unchained” a spaghetti western with modern comedy beats, quick dialogue, and modern music intercut throughout. That finally leads me to my “The Harder They Fall” review. Thanks for sticking with me.

“The Harder They Fall” takes a ton from Tarantino and “Django”. Not saying that it’s copying it or that the story is even the same, but the influence is definitely there. Huge sweeping landscapes, massive title cards, modern music choices and over the top violence to name a few. Here’s the thing…I love it. I can’t get enough of this specific type of movie. No matter how great the early westerns were, they are super sterilized and PG. This movie is not that, and it works really well.

The action is violent and stylish. The dialogue is mostly snappy and well delivered. And on top of everything else, this movie just looks incredible. Even watching it on out of date Vizio in my living room, I could still appreciate how great this looked. Director Jeymes Samuel did incredible work. It seemed that he and cinematographer Mihai Malaimare Jr. were confident in everything they did with the camera.

Everyone in the cast was pitch perfect in their alternate history characters. Admittedly I am a sucker for a different take on historical people so I was always going to be all in with putting these African American old west figures together in a movie. Should a few of these characters like Delroy Lindo’s Bass Reeves have their own movie? Absolutely. But seeing them all together on screen was very cool.

Johnathan Majors is a star. No way around it. When we say that someone has “IT”, Johnathan Majors has whatever that is. The only thing that I take points away for was his accent. Didn’t quite understand where he was supposed to be from. Maybe that was the point? Who knows. But other than that small thing, his hero character was charming and funny. Everything you want from a character in his position.

The rest of the cast played their roles to a T but the main stand out of the side characters was LaKeith Stanfield. He played the charming psychopath so well that it made me wonder why we haven’t seen him play more villainous roles before this. I don’t want to pigeon hole the guy but that lane is there for him if he wants it. Along those same lines, those roles are also there for Idris Elba if he wants to take them.

Where this movie starts to lose points for me is its length. I enjoyed most of the dialogue but there were a few too many scenes where characters were just standing around talking. Of course some of the lines where there to make you care about the characters a little more, but I feel you could have cut a few of the campfire scenes to save time and give this a faster pace.

I also took points away for the ending twist. We didn’t need it. Rufus Buck being the brother of Nat Love didn’t change Love’s trajectory at all. But what it did do was take a menacing character in Buck and try to humanize him unnecessarily. That is where this differs from Django and older westerns. The bad guys were just bad. They didn’t have the most fleshed out back story. They didn’t need you to see their side at all. They were just evil. And I felt like that is where we were heading until the last second. Also I take points off for there not being a fight between Elba and Majors. I needed that shootout or fist fight and it just never came.

“The Harder They Fall” is well worth your time and while the runtime is a little too much, whatever you’re watching it at home on your couch. Have fun!

Follow Apollo Media’s official Movies/Pop Culture podcast One Take Pod as well @1TakePod, and listen now wherever you get your podcasts. Our latest episode was about this film you just read about and we’ve got an episode Rush Hour 1&2 coming up next.

In this article:movie reviews, movies, netflix, one take pod, westerns