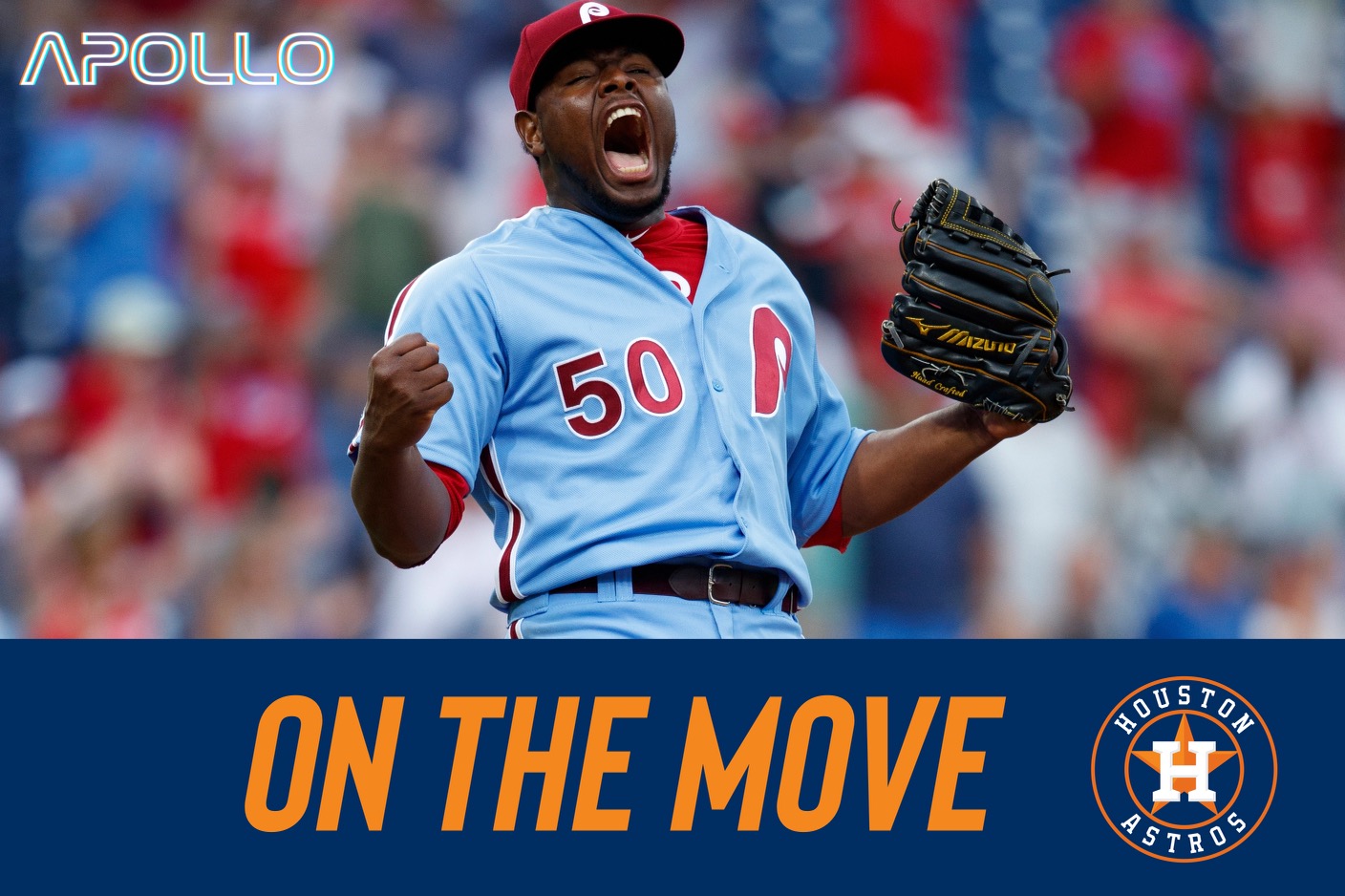 The Astros bolstered the back end of their bullpen today by inking Hector Neris to a 2-year/$17M deal, and this 32-year-old righty brings a TON to the table that we should be excited about. The dude is a high-energy punch out machine; he holds the Phillies’ all-time record for most strikeouts by a reliever & is one of only 6 MLB relievers to post 10.3+ K/9 in each of the last 6 seasons. Pure electricity. Hector has a 4-pitch arsenal that features a 4 seamer & sinker which both typically float around 94-95mph, plus a complementary split finger which has proven to be devastating for left-handed batters. He’s strayed away from the slider as of late, but I’m curious to see if this Houston coaching staff encourages him to adapt that sweeping pitch they seem to love.

Now, this excitement should come with a disclaimer because there are definitely a few points of concern. For one, it’s quite apparent that he has an issue with walks, especially to lefties. His 4 seam fastball lacks a bit of OOMF & he tends to dance around the edge of the zone as a result. In addition, he’s been known to give up some big hits at inopportune times. The man wasn’t fantastic in the closer roll for Philly at the start of 2021, but he began to progress back to the mean as he was put in some lower-leverage situations. Luckily for Houston, Ryan Pressley has a tight hold on that closer spot, so Neris’ roll will be that of Stanek’s as a late-inning setup man.

Nonetheless, this guy’s emotional energy is just so contagious. He plays with his heart on a sleeve & is a thrill to watch when he’s on – I wouldn’t be surprised if he quickly becomes a fan favorite in Houston. Will he have some bumps in the road & blow a game or two? Probably, but you live with that when a guy is in the 90th percentile for half of his measurements. I absolutely love this move & truly believe that Hector Neris is going to put up some BIG innings for the Astros over the next couple seasons. With the departure of Kendall Graveman, I’m happy to see Click & Co. attack the roster’s glaring holes early. Good signing, now go get Correa.