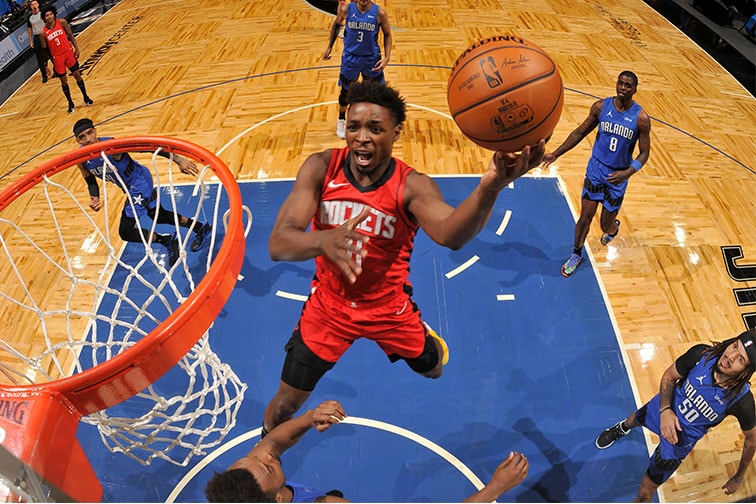 It has been an eventful last 14 months for the Houston Rockets. From a general manager walking out the door and two superstars wanting out. A 20 game and 15 games losing streak and now a standoff with another former superstar. Even though all the losing and roster turnover there has been a few bright spots.

From players that other teams didn’t have on their draft boards or didn’t want them on their teams like KJ Martin, Armoni Brooks, and Kevin Porter Jr. To this year, the unexpected rise of Alperen Sengun and recently the surprise of the year Garrison Mathews. We can’t go on further without mentioning the three-game winning streak. It has taken some of the sting off a 15 game losing streak. One person has been the most consistent player through all the ups and mostly downs the last year, and that’s Jae’Sean Tate.

When most people think of the NBA, they think of the glamour of being drafted and making millions right out of college. But, unfortunately, for some players, that isn’t the case. That is especially true for Tate, who, during his junior year, contemplated leaving basketball to play football at Ohio State.

Tate would, of course, continue with the basketball team and finish his senior year being named to the second-team All-Big Ten. Tate entered the 2018 draft but went undrafted. He would eventually join the Milwaukee Bucks summer league team. Unfortunately, an injury to his right hand cut his time with the Bucks short.

Tate would go on to play with the Antwerp Giants of the Belgian League, where he would become an All-Star and help the Giants to their first cup title in 12 years. After that, Tate would get another shot in the NBA with the Denver Nuggets summer league team. Unfortunately, before Tate had a chance to play his first summer league game, an earthquake struck Las Vegas, where the games were being held. The game was canceled, but Tate did get to play in the summer league that year but still no interest beyond that from NBA teams.

Tate then made his way to the NBL in Australia, where he was coached by Will Weaver, who is now an assistant with the Rockets. In what has become a staple for Tate, he did a little bit of everything that season. Tate averaged 16.4 points, 2 assists, and 5.8 rebounds while being named to the NBL first team. Tate’s team made it to the championship, and then the Covid lockdowns happened, and the season was canceled. It took Tate a couple of years longer than he had hoped. His play overseas, though, caught the eye of the Houston Rockets. That opened the door for Tate to realize his NBA dream.

After Tate took the NBL by storm, the Rockets showed the most interest of any team. On November 26th, 2020 Tate signed with the Houston Rockets. It didn’t take Tate long to fall in love with the city of Houston and Houston with Tate. Tate started right out of the gate as Coach Silas had enough confidence in him to make that move. Tate did not disappoint. Rockets fans and opponents would soon see the hard-nosed play that made him successful throughout his early career. Great footwork around the basket, lockdown defense, and all-out hustle. Tate did all the dirty work regardless of the score.

It didn’t matter that James Harden wanted out or that Christian Wood was out of the lineup. Even a 20 game losing streak didn’t change Tate’s play on the court. The former Buckeye played with intensity every game. Tate would go on to average 11.3 points and 5.3 rebounds in 70 games. Considering how many different lineups and injuries the Rockets had playing 70 games out of 72 is remarkable by itself. Due to his outstanding play, Tate was named to the first-team All-Rookie team. Pretty good for a player that went undrafted.

This year hasn’t been any different for Tate. Even with the Rockets losing 15 straight games, Tate has been the most reliable player on the team. He may not have the best stats or most highlights, but you can count on Tate every game. This year Tate is averaging 11.4 points and 6.5 rebounds a game. You can’t just look at the stats when it comes to Tate and get the complete picture. Tate is usually the player guarding the best wing or guard on the opposing team. He is also the player you will see taking charges (top 10 in the league) and diving on the floor. Tate is part of a long line of unheralded players who made a significant impact on the Rockets. From Mario Elie to PJ Tucker.

In his last game, Tate had well a Tate game. 15 points 8 assist, and 6 rebounds, along with a steal and was all over the court making plays. The Houston Rockets are on a three-game winning streak and playing their best ball of the year. It’s a long season, and it will be a lot of ups and downs and changes. But, one thing you can count is is Tate being there every game playing it like it’s the NBA Finals.

For all your Houston sports merch, blogs Twitter Spaces and podcasts check out apollohou.com!

In this article:Houston Rockets, Jae'Sean Tate