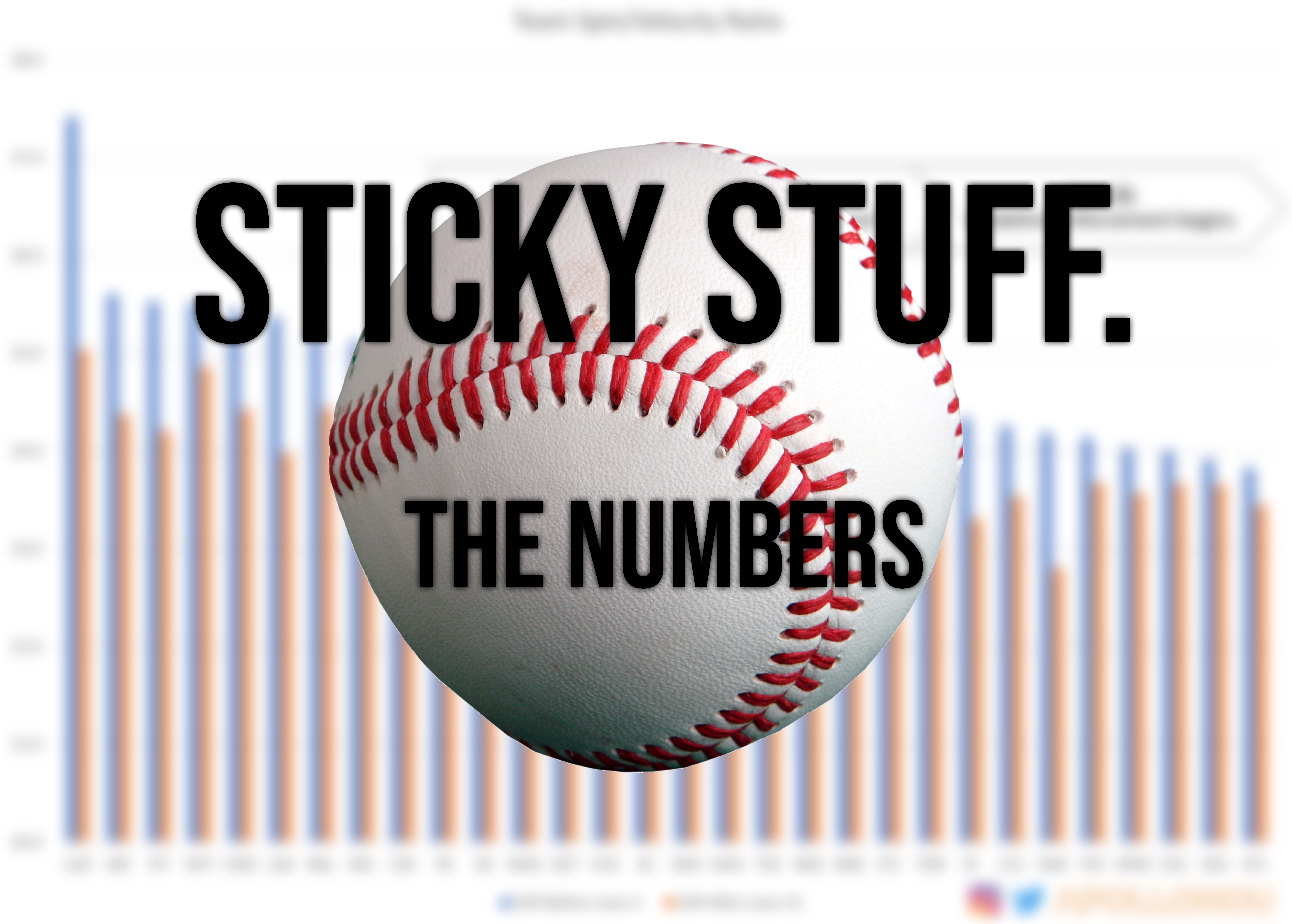 The 2021 MLB season was met with some regulations with the intention of leveling the playing field. On June 3rd a memo went out to teams informing them of a regulation coming down the pipe banning of foreign substances to alter the baseball’s texture and stickiness. Some pitchers made adjustments between the announcement of the crackdown and the implementation of the new regulation on June 21st, but some seemed to use their concoctions up until the day of enforcement. After the regulations were in place pitchers, much to their dismay, were greeted by umpires on their way to the dugout after an inning to have the brims of their hats, their belt/inside waistbands, and gloves checked for sticky stuff. Some weren’t too happy and practically disrobed on the diamond in their own style of protest, most notably, Mets’ expensive new ace Max Scherzer and Sergio Romo of the Oakland Athletics.

On June 23rd Phillies manager Joe Girardi asked umpires to check Scherzer after he adjusted his hat a few times, a common way for pitchers to ‘load’ their sticky substances. Tempers flared, Mad Max gave Girardi a hearty death stare on his way off of the field. This is two days after the regulating began. Although Washington had a fairly sharp drop-off in Spin Rate/Velocity ratio compared to a lot other clubs, it appears Max Scherzer isn’t a sticky handed pitcher – at least not after the crackdown began.

On June 22nd, one day post-regulation enforcement, Sergio Romo throws his cap, glove, and belt off in a record 3 seconds and then proceeds to drop trou right in the middle of Globe Life Park in front of dozens of Rangers fans. C’mon man, there’s kids around.

A graph created by Tony Adams, a SABR award-winning data composer and all-around talented individual, shows undeniably that some clubs benefitted from using sticky substances much more than others – by a wide margin.

Before June 3 is usually called “Pre-memo” (the memo came out on June 3) and June 21 is “After enforcement”. I didn’t include the data between those dates because some players were still using (foreign substances) while others weren’t. The SRV after June 21st includes numbers through the end of the regular season.

The Los Angeles Dodgers in particular logged a drop-off of more than 200RPM collectively as a club, far and away the steepest decline. This could be in part due to the absence of pitchers Dustin May(injury) and Trevor Bauer(administrative leave), but two pitchers have a tough time driving up and entire pitching staff’s average by 200+RPM. Other clubs – see Padres and Astros – had virtually no change at all after the regulations began. Whether you want to chalk it up to coaching, morals, or ‘playing the game the right way’ the numbers only tell part of the story.

Some high-value pitchers struggled individually. Tyler Glasnow spoke about how adjusting his grip to account for lack of sticky stuff trickled through his arm and ultimately caused an injury to his throwing elbow, requiring Tommy John surgery and sidelining him for the remainder of the 2021, and likely, the entire 2022 season. Gerrit Cole was visibly upset in interviews hitting the press core with a ‘for pete’s sake’ citing how difficult it is to grip a raw baseball.

Arguments against the regulations from the players included a valid, but non-provable point. Without sticky stuff pitchers will surely lose their grip on the ball resulting in more batters being hit by pitches, right? Some hitters say that their safety was more important in the box than regulating how pitchers gripped the ball. Was that an excuse to try to stave off the new regulations so that their pitching staff could continue to use their concoctions, or was a it a legitimate concern? HBP were close to an all-time high to begin with in 2021 but the numbers DID NOT have a no-doubt-about-it type of ascension post-regulation. Sport Illustrated reported that HBP had only increased by a meager .001% from June 21st(when the crackdown began) through July 21st. For you non-math majors that’s one more HBP per every 1,000 at-bats. Although HBP didn’t increase, there were more hitters taking walks than usual – it’s hard to quantify this and say it’s related to the sticky stuff crackdown when hitters have changed their approaches and had more plate discipline due to knowledge of their opponent’s pitching tendencies.

All in all it seems to be a regulation that is here to stay, and as in all walks of life you have to adapt to survive, but how can you adapt when things in your environment that are supposed to be uniform simply are not? We recently discovered in a study conducted by data scientist Dr. Meredith Willis that MLB was trotting out more than one type of ball during the 2021 season. MLB even confirmed it.

According to Pete Alonso altering the ball’s weight and tightness of the internal string entirely is something that MLB does in years with a large impending free agency class in an effort to order to control stats to bring more money to the game of baseball. Some players are vocal with these concerns while others either remain silent or are ignorant to this completely, the latter of which seems impossible.

As a fan of the game who isn’t a purist I wish MLB would stop the meddling. At the end of the day the product is what viewers see on the field. Implementing radical rule changes to cripple pitchers, change the game’s pace, and extend the postseason participation class and increasing the number of games(MLB money grab) all seem unnecessary. At ApolloHOU we stand with the players. Let the players play.

Collin is a partner at Apollo Media and Houston lifer with a passion for all things H-Town. An undefeated Astros little league team sparked a life-long fandom of the Houston Astros. Watching the Rockets win back-to-back championships as a child became a fabric of his being. The Texans exist. Collin enjoys creating quirky video and image content for Apollo Media and co-hosts the Apollo Hour sometimes-live podcast where he and Dez (and guests) keep the city updated on the latest Houston sports news — with some personal flair baked in.