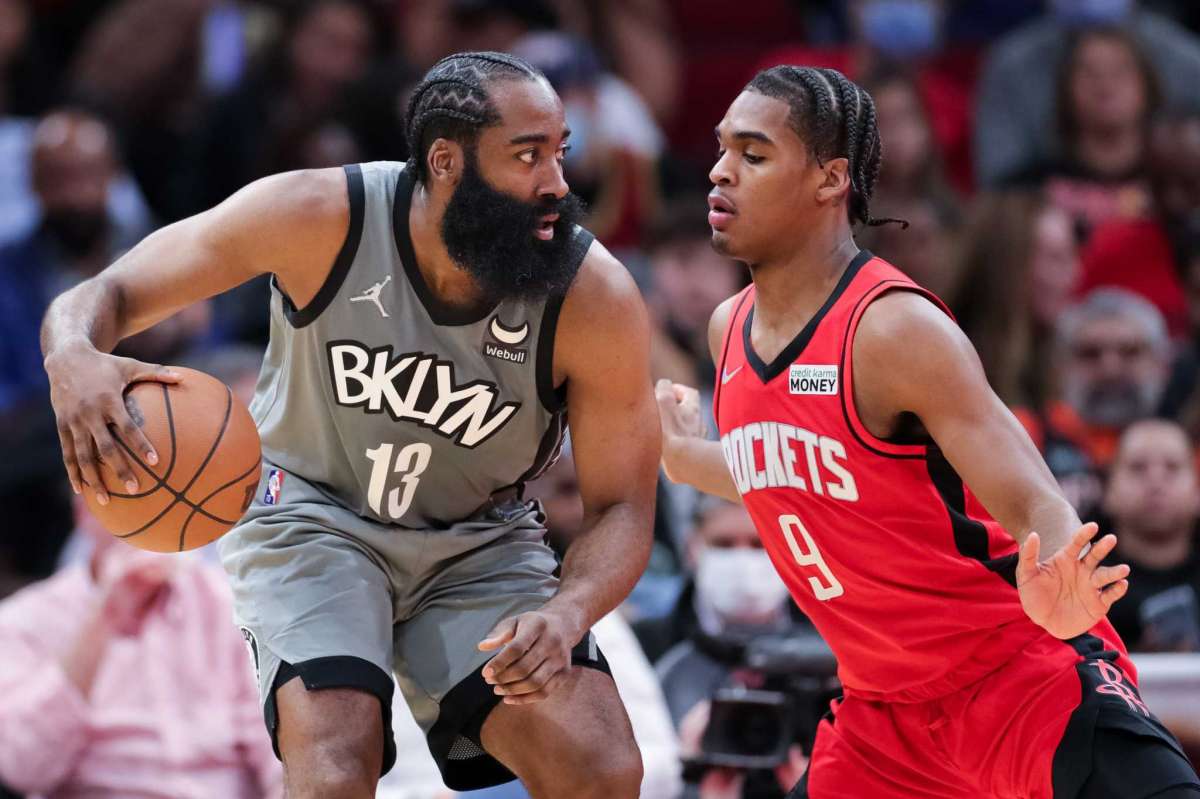 It was an incredible night against the Nets.

Not just because the Rockets extended their now 7-game win streak or because they bested James Harden in his Houston homecoming, but because of the emergence of one young player stepping into the spotlight:

Josh Christopher. On his birthday.

Josh Christopher sent shockwaves through the NBA this past Wednesday. For a just-turned-20-year-old rookie, it was about as perfect of a game as you could ask. He put on a shooting clinic, going 7/7 from the field and 4/4 from three. Most impressive, though, was that all of his buckets came at the timeliest of occasions. Multiple times throughout the game, he managed to simultaneously stop a Nets run and spark one for the Rockets. His perfect field goal percentage also forced the defense to close on him on the perimeter, opening up space for his teammates.

Besides the stellar shooting, Christopher did a little bit of everything. He grabbed 2 rebounds, dished out 2 assists, and was a menace on defense. He had a block and two steals, one of which led to a thunderous combination with KJ Martin for a fast break dunk that nearly blew the roof off the Toyota Center.

But his defense went beyond just the counting stats. Whenever Christopher was on the floor, he was tasked with the James Harden assignment. That’s right – a rookie emerged as the Rockets’ top defensive threat against one of the best players in the league.

On a team with so many great perimeter defenders in Jae’Sean Tate, Eric Gordon, David Nwaba and Garrison Mathews (who, to be fair, took the assignment in the clutch), it is a big deal that Josh Christopher was the one guarding the former MVP for much of the night. In only his 16th game of NBA action, Christopher’s defensive work on Harden is a clear indicator of his high ceiling.

But was his great performance enough to earn him a spot in the regular rotation? And if so, who does he edge out?

Looking at this game, Christopher is already far ahead of pace. Originally, he was in the G-League, seen as too raw to contribute to an NBA team. Now, though, he is showing us otherwise. And when that is the case for a player on a rebuilding team, it is paramount that he is given a chance to build on a good performance.

His stellar play against the Nets should, at the very least, force Coach Silas to give him another opportunity in the following game and play him heavy minutes. John Wall, Kevin Porter Jr, Jalen Green and Danuel House remain out against the Bucks, which should undoubtedly open up space to include Christopher in the rotation.

I go one step further, though. Josh Christopher should be a permanent part of the squad for Stephen Silas moving forward.

Jaygup has proven to be very versatile on both sides of the ball. He can shoot, attack closeouts, and make the right pass when the defense collapses. On the other end, he plays very hard nosed on-ball defense and can get in the head of any opposing player. While the Rockets have better players at some of these individual categories at the moment, many of them are not as well rounded.

Most importantly, though, he is establishing himself as part of the future of this franchise. His development will be key to the Rockets’ success in years to come. For a rebuilding team, this is the most important factor. Winning now isn’t as important as winning later; but those future wins can only come if young players like Christopher are given the opportunity to shine now.

This begs the question, who is Christopher competing with for his minutes? Let’s take it player by player:

To start, Augustin’s chemistry with Alperen Sengun is a huge factor in his favor. Sengun has been a revelation this year, and anything the Rockets can do to facilitate his development should be prioritized. Augustin’s truly selfless attitude has been huge for the Rockets, and I believe that he needs to keep his spot in the rotation.

Brooks has been balling out for the Rockets recently, but I can’t shake the feeling that he’s one of the odd men out. The Rockets have several guards with similar skillsets, and Armoni’s smaller frame makes it harder to justify giving him a lot of minutes. He is still a quality player who deserves playing time, so look for him to come back into the rotation after some of the veterans are cleared out at the trade deadline.

Let’s make it simple. House simply needs to be dropped from the rotation if Josh Christopher’s production remains anywhere close to what it was against the Nets. Jaygup is younger, smarter, less prone to making bone headed decisions, and at least in the same ballpark as House in every skill. Beyond those factors, Josh is a leader on the court; his presence energizes the team, and his motor often leads to key momentum swings. As for House, he seems to have taken another step back this season. His 33.8% field goal percentage and high turnover rate has made life all the more difficult for a young, developing team.

With this, we finally arrive at a conclusion. Josh Christopher should take over Danuel House’s spot in the rotation whenever the Rockets are fully healthy. And when they aren’t healthy, Christopher should get even more chances to go out there and show his worth.

This would leave the Rockets with a rotation of:

After being drafted, Josh Christopher did more than enough in his short stint with the Rio Grande Valley Vipers. He was a level above the competition there, and is already proving himself to be a promising NBA player. If given more minutes with the Rockets, Jaygup’s star game against the Nets will be the first of many.