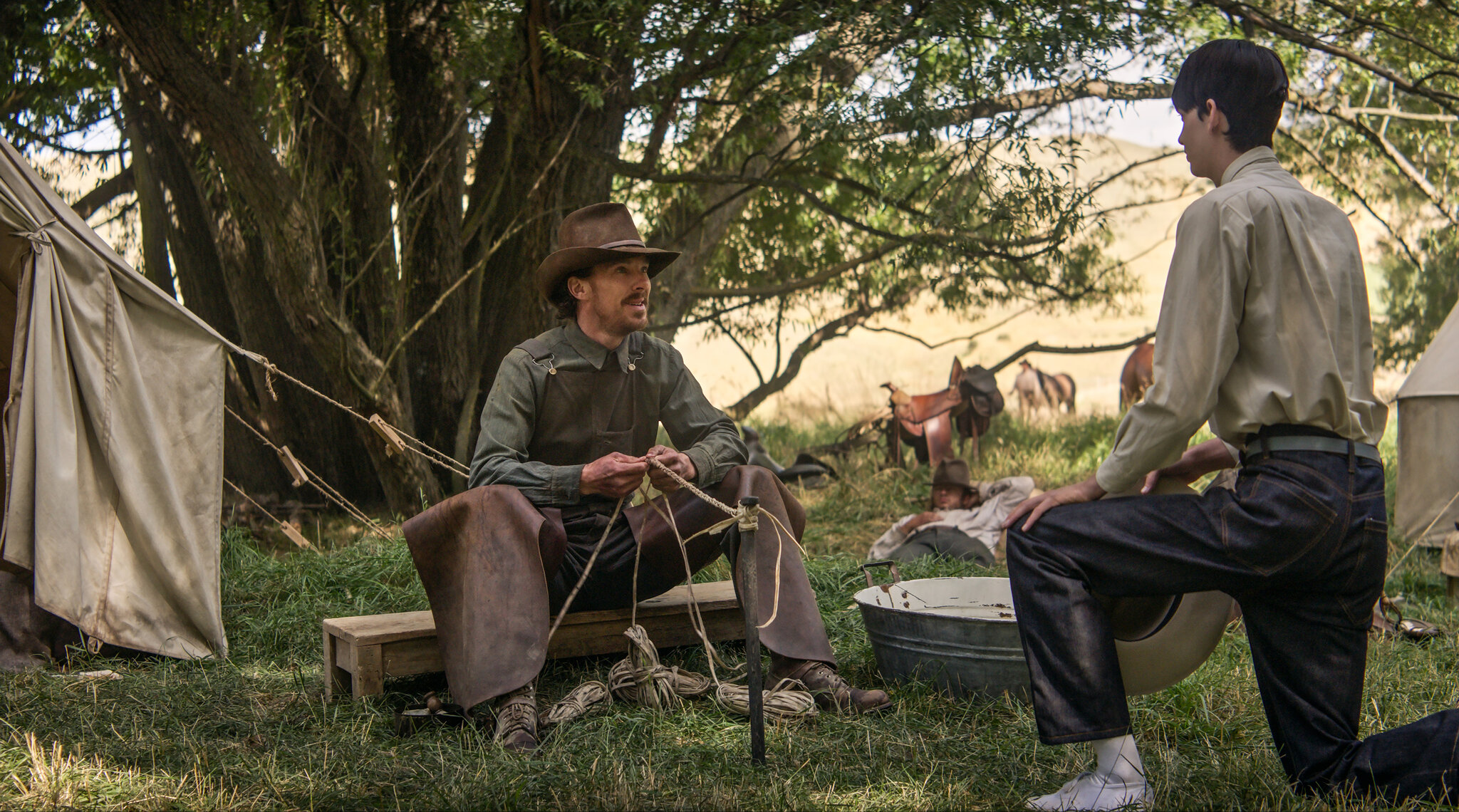 I have been trying and failing to write a review about this movie for the better part of a week but I just couldn’t seem to find the motivation. Honestly, that should tell you all you need to know about how I feel about this movie. I’m very ambivalent about it.

I don’t think it’s bad. I don’t actively hate it. In fact, I would say it’s actually a good, well made film. But that’s just the problem. It’s a well made movie that wasn’t made for me, or really the general movie going audience. So in the end, I just don’t feel anything towards this movie. I just want to apologize to Benedict Cumberbatch. It’s not you, it’s me…..Okay it also might be you but we’ll get to that in a second.

I’m going to start with a few things that I actually enjoyed about this movie so I don’t come off as a massive hater.

The movie looks fantastic. Jane Campion and D.P., Ari Wegner did an amazing job of capturing what is supposed to be the Montana frontier. Most of the movie was filmed in New Zealand and honestly, you fooled me. To be completely honest though, I’m a sucker for a sprawling landscape shot.

The movie is very slow. Probably the slowest burn that I’ve seen this year, but I felt it was still well paced.

All of the actors did their jobs well and of course Cumberbatch stands out among them.

Cumberbatch is getting Oscar hype and I think it’s deserved. Even though I didn’t like the film as a whole or whatever story it was trying to tell, I did find his performance to be very layered. It’s easy to forget how good of an actor he is because he’s been in a billion Marvel properties at this point, but the character of Phil Burbank is an interesting change of pace for him.

While his performance did have nuance, and depth (more towards the end than the beginning) it was very easy to be turned off by the character. For lack of a better term, Cumberbatch’s Burbank is just an unrelenting asshole for a better part of the movie.

He goes out of his way to call his brother and possibly only “friend” (a very underused Jesse Plemmons) fatso. He makes his brother’s new wife (Kirsten Dunst) feel so unwelcome in her new home that she becomes an alcoholic. And probably worst of all, the dude who works with farm animals all day, just refuses to bathe. Well into the days of running water! THEY HAVE A BATH TUB IN THE HOUSE!!!

If the character wasn’t played so well by Cumberbatch, everyone would hate him.

And it’s possible that is the point. It’s probable that is what Cumberbatch was going for. But man, in the confines of this very serious and heavy movie is it not fun to watch a man just run over everyone in his path for the better part of two hours.

The remainder of this review will contain heavy spoilers:

In the end, the man gets what’s coming to him. Or at least that is where the film leads you. Burbank dies from coming into contact with anthrax while trying to make a rope for a young man he is essentially trying to groom.

Peter, the young man in question (played by Kodi Smit-Mcphee) uses Burbank’s interest in him, against him to make him use infected cattle hide to make the rope. Thus killing Burbank and protecting his mother, Rose (Kirsten Dunst).

If you still want to watch this movie after reading that then be my guest.

The imagery in between the time Burbank starts to become fond of Peter and Burbank’s death, is some of the least subtle I’ve seen in a long time too.

This movie is not for me. Honestly, I don’t think it will be for a lot of people.

I did enjoy the look of this film.

I actually enjoyed Cumberbatch’s performance, and how through his acting, he was able to show the years of trauma and anger that he has been dealing with internally by being a closeted gay man in the 1920’s.

I do not like the power dynamic that was in play towards the end of the film regardless of the Smit-Mcphee’s character getting the upper hand in the end.

I’m sure The Power of the Dog will be nominated for a billion Oscars because it will be the movie Netflix will push this awards season. I’ll just be surprised if I ever revisit this in the future.

Really my lasting thought on this movie will be, what was it all for?

You can follow Apollo Media’s movie podcast @1TakePod and listen wherever you get your podcasts.

In this article:movie reviews, movies, Oscars, The Power of the Dog