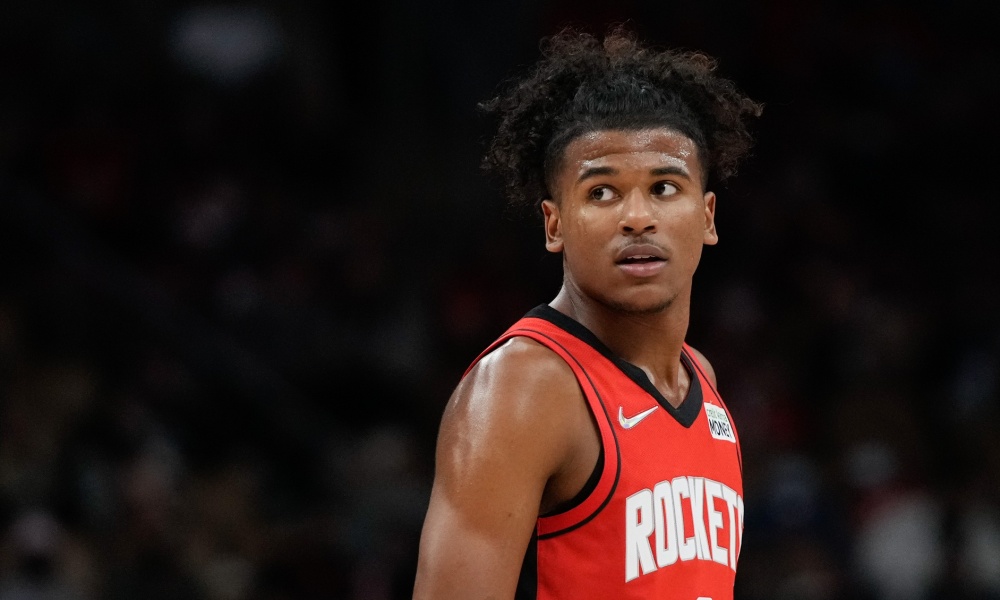 The Houston Rockets are 10-21 and have had an absolute roller coaster of a season thus far. They are the first team in the history for the four major US sports to lose 15 games in a row and then directly follow that with a seven-game winning streak. There have been controversial lineup decisions, injuries, a surprise Rookie of the Year candidate, and much more packed into the first half of the season for the Rockets.

During the summer here at Apollo, we had a Rockets roundtable almost every week where we brought in our contributors to give their thoughts about the team. I’m happy to say that we are back, folks. Let’s ask some of the great minds from the Rockets fandom to share what they think about the team.

Question No. 1: Where do you think the Rockets end the year in the standings?

I think the Rockets will finish somewhere between the third and seventh-worst records in the NBA, especially if they move on from some vets as they are expected to do. Rookies are inconsistent and this season is mostly about growth. I believe the Magic and the Pistons are clearly a tier below and I don’t think anybody is catching them in the tank battle

I think the Rockets end up as the 5th or 6th worst team in the league. The hole they dug early in the year is going to be a lot to overcome and once the vets get shipped off, it’ll be hard to close out some games. They’ll have a solid draft position and some optimism with a good run at the end of the season, but I don’t see a play-in for this squad just yet.

The Rockets will likely end up at the bottom of the standings. Currently at 10-21, the Rockets have the third-worst record in the NBA. While a huge part of that is due to a 1-16 start and early spacing issues, Houston will more likely than not trade some of their veterans at the deadline. That means Eric Gordon, potentially Christian Wood, and more will be gone. The Rockets have been clicking as of late which is encouraging, but I’d expect this young team to compete and simply lose to better teams throughout the rest of the season.

Bottom 5 or so. It’s great to see the team having relative success right now but once some more of the veterans are traded/moved it will be hard for that to be sustainable.

General Consensus: No better than the seventh-worst record

Question No. 2: Who will be the next veteran to be traded or cut for the Rockets?

I think that has to be Eric Gordon, because of his productivity and the number of rumors around him that suggest the Rockets will look to move him. As a rebuilding team, the Rockets will look to sell high on their vets and Gordon fits that description. The closest contender would be Theis, because of his lack of playing time, but I believe interest in Gordon will be more common around the league and therefore he’ll be moved first.

Eric Gordon. Nwaba would’ve been my second choice, but he’s still got some restrictions on when he can be dealt and I also think he’s a low enough cost that the team could want to keep him. EG has been balling and his value is really high. It’s time to get him to a better spot and cash in on the mutual professionalism both sides have displayed this year.

Eric Gordon should be the next veteran traded from the Rockets. He’s having a great season so far, averaging 14.7 points on great splits (48.5 FG%, 44.5 3PT%, 61.7 TS%), meaning he’d be a great acquisition for a team contending for a title. Gordon has been a big reason Houston has won a lot of games recently, and his veteran leadership would be missed when/if he’s moved at the deadline.

I think Stone and the FO are going to try to avoid any more cuts. As for trades, Eric Gordon seems like the biggest candidate for a move.

Question No. 3: Will Alperen Sengun make a serious run at Rookie of the Year (currently 7th in NBA Rookie Ladder)? Why or why not?

I don’t believe so. I think he’s too far behind when it comes to minutes played and I don’t see his role being increased until Christian Wood is moved and by that time, it’ll be too late. He’s certainly good enough if given the proper usage, but he just hasn’t gotten it.

Naaahh, his minutes aren’t high enough and unfortunately, ROTY is an award that is heavily influenced by how visible a prospect is. No matter how much Al P does, he’ll always be overlooked for one reason or another by the voters. I think first-team all-rookie will even be a battle, but I do like his chances of getting selected to that team. You just can’t convince me that he’ll get to ROTY though.

Alperen Şengün is having an outstanding rookie season. Night in and night out, he’ll make a jaw-dropping play that leaves you speechless and questioning whether or not the former Turkish MVP is a rookie or not. Despite his strong start, Şengün only averages 18.6 minutes a game, which all but kills any chance of him winning ROTY. If per 36 numbers were used for the ROTY race (17.7 PTS | 9.2 REB | 5.2 AST | 2.0 STL | 1.6 BLK), then sure, Şengün would be a premier candidate to win the award.

Sadly, that isn’t the case.

I don’t think he will make a serious run but I do think Sengun will likely get first or second-team all-rookie.

Question No. 4: Josh Christopher has had a strong month of December. What should his role be going forward this year for the Rockets?

Christopher should get a healthy number of minutes (18-22 per night) going forward until Eric Gordon is traded and, after that, he should take over Gordon’s role as the 6th man on this team. He’s shown he can be trusted and, compared to the start of the season, the game has slowed down dramatically for him. He seems a lot more measured with and without the ball and he brings that special level of intensity on the defensive end.

Jaygup should be our 6th man! His energy and increasing offensive initiator IQ are going to be so valuable in the future. I don’t know if it goes further than him potentially leading the bench unit, but we never saw him being this solid this early, so who am I to make that call?

Josh Christopher needs a spot in the rotation. Not just in certain games, but every single game, that’s how good he’s been. With the lineup completely healthy he should see around 20 minutes a game. If Eric Gordon is traded by the deadline, I’d expect even more of an uptick in Christopher’s minutes towards the end of the year.

Eventually, Josh Christopher may be a really good rotational player. Maybe even someone who comes in as a 6th man for the team, especially when EG is traded. I think there’s definitely some potential for him to get regular starter minutes, especially if he continues to improve his ball-handling skills. Another secondary scorer with the ability to be a playmaker would be great for this team’s future.

Question No. 5: With Jalen Green likely returning soon, how will the new lineup (assuming Wood at center) impact his play?

Jalen played one quarter in this new, Christian Wood at the 5 lineup and thrived in it. There’s no reason to believe anything other than that. Jalen is someone who thrives on driving to the rim and using his speed and athleticism to beat his opponent. The spacing a single-big lineup provides plays exactly to his strengths. It will also be interesting to see how he fares running the Pick & Roll.

I think the new lineup will really benefit Jalen. I also think that his time off will give him a lot of perspectives and open up some things in his mind that he didn’t consider before. KPJ came back on fire not just because of the new lineup, but also because he got time to think about and analyze the game. I think Jalen will remind everyone why he’s touted as a future scoring leader. All he needed was some time and floor spacing.

Jalen Green should play much better with the increased spacing of placing Christian Wood at the 5. In Jalen’s last game, he had 11 points on 4/5 shooting in the first quarter before he got hurt, so I’d imagine he’ll explode in the 2nd half of the season with better lineups/rotations from Silas.

I’m extremely excited to see all of the spacing that Jalen will have. During his last game before injury versus the Bulls, the Rockets just implemented the change and he was really starting to show a lot of exciting cuts and actions that weren’t available in the “two big” lineup. I’m especially looking forward to some of the schemes Jalen may be placed in with Sengun. It would be great to see a Sengun to Jalen pick and roll destroying defenses off the pick or via the dunker spot.