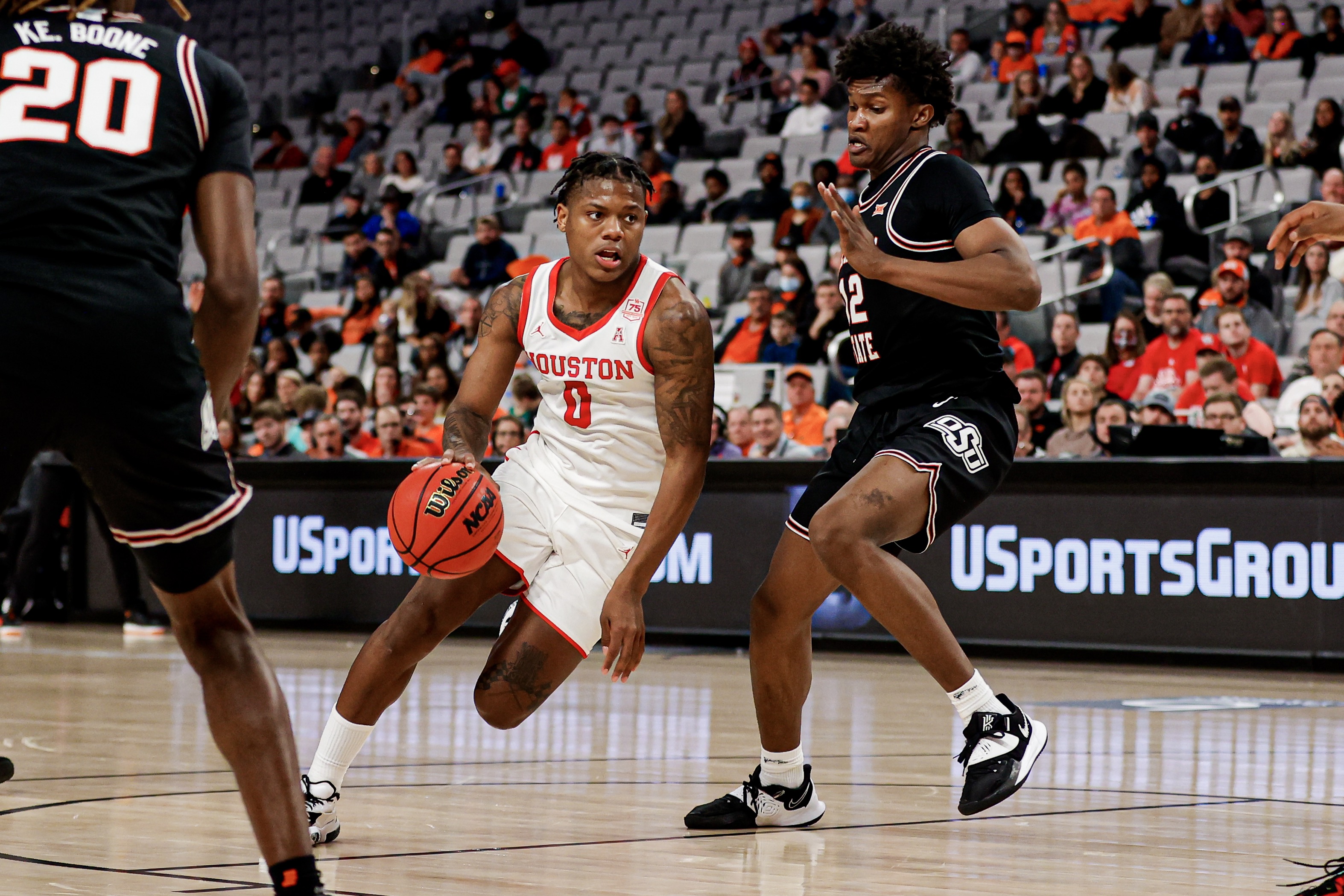 At halftime of Wednesday night’s game against Texas State, the Houston Cougars men’s basketball team held a comfortable 23-point lead over the Bobcats and never allowed Texas State to pose any real threat in the second half.

Graduate student forward and center Josh Carlton finished with a season-high 20 points, on a dominant 10-of-13 shooting from the field, and five rebounds in the win. Senior guard Kyler Edwards tallied 14 points before spraining his ankle in the second half and junior guard Marcus Sasser put up 13 points on four 3-point makes.

“These kind of games is what I think our culture is all about,” Houston head coach Kelvin Sampson said postgame. “You get these games before Christmas and kids are looking forward to the break and they don’t focus on taking care of business or the matter at hand, but I just loved the way we prepared.”

With the American Athletic Conference opener looming near, Dec. 28 against Cincinnati, UH’s nonconference finale against the Bobcats was also sandwiched between the announcement that second-year guard Tramon Mark had undergone surgery on his shoulder and was going to miss the remainder of the 2021-22 season.

The Houston Cougars were already a hobbled roster before Wednesday began with players like Reggie Chaney, Sasser and Ramon Walker previously dealing with nagging injuries of their own. During the game, both Edwards and sophomore guard Jamal Shead also tweaked their ankles. Shead returned to play while Edwards did not. Sampson said Edwards was icing his ankle in the locker room and will take the next two days off.

Despite the pain and injuries, UH relied on a formula that has become synonymous with the program over the past few seasons – defense plus rebounding plus second-chance points equals a culture win.

Plays like Carlton snatching a ball that seemed too far out of bounds to be saved and redshirt sophomore J’Wan Roberts tapping a ball away from the grasp of a Texas State player, both of which turned into second-chance opportunities for the Cougars exemplified that formula.

“Fast breaks, transition defense, defensive rebounding and taking care of the ball, those were my teaching points going into this game,” Sampson said. “I wanted to get better in those areas and we did.”

The Houston Cougars, now 11-2 on the season, were coming off an 11-point victory against Oklahoma State that left UH with a bad taste in its mouth. Yes — a bad taste.

“[Wednesday] was a good bounce back game,” Sampson said. “Even though we won [against Oklahoma State], we felt like there was a lot of chicken on that bone that we could go get after that game.”

While Houston was able to pull away late against the Cowboys, it ran into several problems too, mainly turning the ball over 19 times, which was almost twice as much as its season average of 10.9.

Against Texas State, UH cut the turnovers down to eight, finished with 31 rebounds, nine of which were offensive ones and also scored 15 second-chance points against the Bobcats. On defense, UH held the Bobcats to 40.4% shooting from the field and, coincidentally, forced 19 turnovers.

With 13 games now in the rearview mirror and 18 conference games left to play, Wednesday’s contest against the Bobcats was a microcosm of the culture the Cougars have established.

Despite the injuries, or anything else, such as potential hangovers from two tough last-second losses, UH has been able to battle through hardship to remain one of the premier programs in the country. It currently sits at No. 13 in the AP Poll, remaining in the top 25 for all seven weeks this season and has been ranked since Jan. 20, 2020.

Players either accept the UH culture or they don’t play, Sampson has said multiple times in the past and will say it again in the future.

“No matter who is out there, our identity is our identity,” Sampson said the Tuesday before the Texas State game. “If we have six guys, we are going to have an identity.”