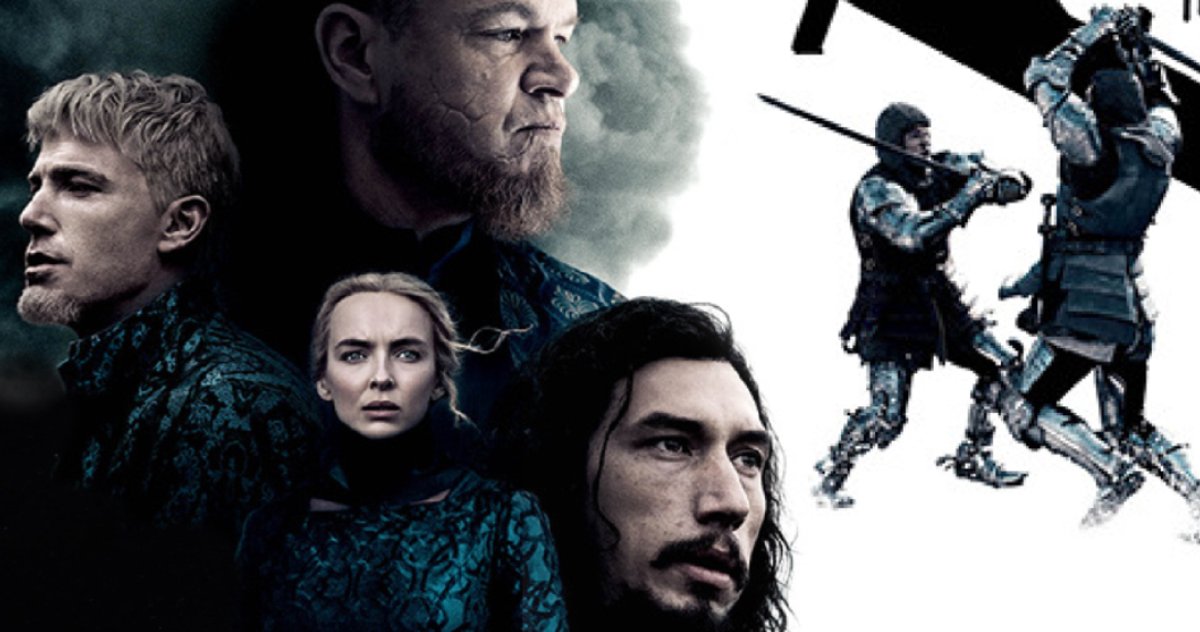 The Last Duel is finally (!!!) streaming on HBO Max, so now people are actually watching it after letting it die a terrible death in theaters.

We should start there because this movie was a historic BOMB! Tsar Bomba levels. The marketing for the movie left it out on the streets to die. Much like a peasant in 1300’s France.

On a estimated budget of $100 million, this film ended up only making a little over $30 million world-wide and less than $5 million on it’s opening weekend. For comparison, Ridley Scott’s last sword and sandals epic “Exodus: Gods and Kings” had a “bad” opening weekend domestically and it made $24 million. So to say this movie tanked really is an understatement.

But despite the weird and wrong opinions that Ridley Scott has on why this tanked, the creators and the studio have no one to blame but themselves. This was a very good film and deserved the marketing push of even another Scott film, “House of Gucci.”

Leaving behind all of that, like I said, this really is a good movie and it deserved a better shot. And I hope to give this movie its flowers even if they will be missing a few petals.

The story, told from three separate perspectives, takes place in 1380s France. It focuses on the rape of Jodi Comer’s character by Adam Driver’s character. That sentence alone might be reason enough for why it actually tanked but I promise it’s easier to digest than I just made it out to be.

The film is broken down into three chapters, each from a different character’s point of view. A great choice. Not only was it easier for you to follow as a viewer but it gave the actor’s (specifically Damon and Comer) an opportunity to explore different versions of the same person. Basically this movie is one big game of telephone.

All of the stars shine, as most do in Ridley Scott’s films. Scott is the Phil Jackson or Pat Riley of Directors. He loves having movie stars in his films and he gives them every opportunity to cook.

I was really blown away by the performance from Damon. He more than any other character had distinct changes in how he saw himself or how his peers or his wife saw him. Also all-time bad hair from Damon here…

Comer also was able to eat scenery in her account of the crime. Out of everyone she stands the most to lose including her life, in very unreasonable fashion I might add.

Driver was his usual charming and stoic self. There was an underlying darkness and evil in the final chapter which included a terribly brutal sexual assault scene (more on this later). The best thing they did in this film was making the men the heroes of their own stories when in reality, they are all giant trash bags.

Out of everyone though, the real winner of this film is Ben Affleck. The movie star turned, award winning director, turned Batman, is having the time of his life in this movie. It’s not great acting by any stretch of the imagination but he looks like this is the most fun he has had acting in a movie in a decade.

Now on to the what will be the hardest part to write about. There are not one, but two depictions of a rape in this movie. One from Driver’s perspective, the other from Comer’s perspective. The later of which is terribly brutal and hard to watch. They show you the first and you say “thank god that’s over” and then they show the scene AGAIN. This time with even more malice from Driver’s character.

I understand that this was based on a real event. I also understand for story telling purposes why they chose to do that, but at the same time I could see that being a huge barrier to entry for a lot of audiences. It isn’t lost on me that the filmmakers were trying to push home the idea that this is what women face tragically on a daily basis and the his word against mine uphill battle. I just wish it was something they handled with more care and and even the slightest amount of subtlety.

If that is something that would dissuade you from watching the film, I understand.

Also the subsequent trials and hell they put this poor woman through is maddening. Again I say, living anytime before 1980, no thanks. Keep it.

Finally, the duel part of The Last Duel is best part of the film. Ridley Scott is still the GOAT when it comes to sword and sandals fights. These men were beating the crap out of each other. But in the end, ball don’t lie. Adam Driver gets what’s coming to him. It’s actually kind of gross…

The movie actually isn’t short of battles but I do wish that this one went on longer. I had a great time pretending that Matt Damon would win a fight against a 6’3 former Marine.

I loved the acting and storytelling in this film. I just wish that more parts were handled with care.

Follow Apollo Media’s official Movies/Pop Culture podcast One Take Pod as well @1TakePod, and listen now wherever you get your podcasts. Our latest episode about Tombstone (1993) just dropped. Another “would not want to live then” classic. Check it out.