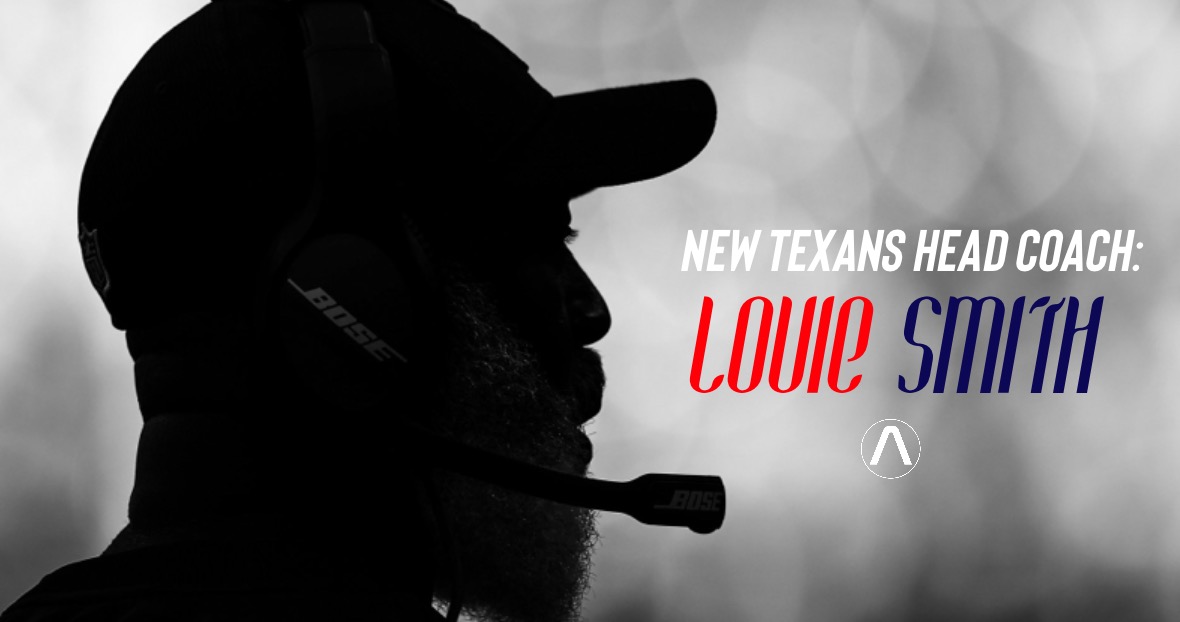 After a series of unequivocally weird & random events, the Houston Texans took to Twitter yesterday to officially announce the signing of Lovie Smith as their next head coach, making him one of only five minority head coaches in the NFL. Now, I’m not sure if the Texans’ organization can even do anything anymore that would legitimately shock Houstonians (we’re all used to not understanding WTF is going on with this team), but I will say that this is a move that nobody saw coming.

It looks like Bill O’Brian’s predecessor to Houston’s GM position, Nick Caserio, is following right in his footsteps by taking the playbook of how normal shit happens in the NFL & just chunking it out the window somewhere down I-45. It’s been reported that Houston was in talks with a handful very attractive candidates, including Rams OC Kevin O’Connell & Chargers OC Joe Lombardi. Former Pro Bowl wideout Hines Ward also got a call for some reason that I can’t conceptualize. The 3 candidates who actually got invited to officially interview (former QB Josh McCown, Eagles DC Jonathan Gannon & recently departed Dolphins head coach Brian Flores) each had to do it twice, and yet somehow still none of these options were selected. Instead, Cal & Co. decided to call an audible last second and just promote the guy who did one hell of a job for them last season at defensive coordinator.

Part of the reason that this hiring seemed so ‘out of the blue’ is because it’d been so heavily reported that the Texans had already narrowed their coaching search down to just 2 guys: Josh McCown & Brian Flores. Listen, I like Josh McCown, the man never really had any great talent, but he was able to stay in the league for forever by being smart. Josh probably has a bright future in coaching ahead of him, but tossing the keys of an NFL franchise to a dude with ZERO experience would be a move even too asinine for the Texans to follow through with. On the other hand, the situation surrounding Flores has become much more intricate. The man just wrapped up an insane season with Miami, losing 7 straight, then rallying his team to flip the board & win the next 7 contests. It sure looked like he was a lock to be the next guy in Houston, that is until he decided to drop a spicy lawsuit all over everyone; The suit which Flores filed claims that there’s a league-wide problem concerning racial discrimination that exists within in the NFL’s hiring process, and he brought receipts. Although he did prematurely warn teams like the Saints & the Texans that he was still very much interested in leading an NFL team, his legal move did seem to shift the tides. From the mouth of Flores’ attorney: “…after a great interview and mutual interest, it is obvious that the only reason Mr. Flores was not selected was his decision to stand up against racial inequality across the NFL”. Nick Caserio has denied the allegations, but I’m not sure I’m buying it… It’s a little suspicious that Lovie Smith’s presser was going just fine, but the moment that questions about Flores started popping up the literal fire alarm started ringing for 3 minutes straight – questions must’ve been too hot.

It wasn’t all bad vibes at Lovie’s introduction though, former H-Town greats Andre Johnson & Jonathan Joseph were both in attendance to show their support. They know that this man ain’t no scrub; he’s got a Coach of the Year award, 2 NFC championship titles & a decade of head coaching experience. At the end of the day, I don’t think that I hate this hire. Houston’s front office preached all of last season, even in the face of pure ridicule, that they liked their staff. They stayed true to that word today by promoting one of their own to one of the most important positions in the organization. This Texans rebuild is still a long way out, we all know that, but it’s nice to see the executives show at least a little bit of consistency. I’ve long held grievances with this team, and most of them are rooted in it’s failure to implement a true culture; this move shows that Cal McNair is at least attempting to do that now, and for that, I salute.