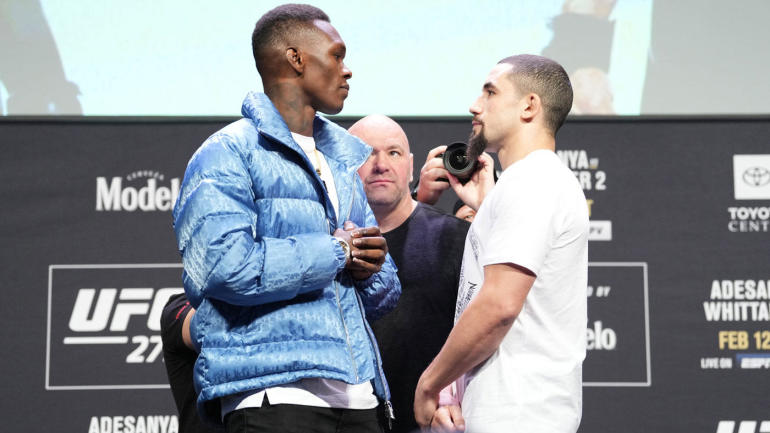 Kicking off the main card from inside Toyota Center is the lightweight bout between UFC veteran Bobby “King” Green (28-12-1) and Nasrat Haqparast (13-4). Earlier this week during media day interviews, Bobby Green told us that he’s always ready to fight whoever the UFC puts in front of him no matter how tough the opponent is; and Nasrat Haqparast is as tough as they come. Haqparast, who’s won 5 of his last 7 fights, has 9 knockouts out of his 13 wins. This fight makes for an interesting matchup since Haqparast is widely known for his striking ability whereas Green can fight standing up or submit his opponents with his Jiu Jitsu. Green is the favorite to win this matchup however I feel as though Haqparast will surprise a lot of folks.

Another lightweight bout featured in this main card has fighters Alexander “THE GREAT” Hernandez and Renato Moicano who are both coming off wins in their last fights. Although Hernandez possesses a lot more power in his striking than Moicano, Moicano is much more well-rounded with his striking accuracy, grappling, and wrestling. Moicano is the favorite to win this matchup especially if the fight goes the distance.

Jared Cannonier and Derek Brunson will star in a middleweight matchup to determine who will likely get a shot at the title next. Cannonier, who has a record of 4-1 since moving down to middleweight, suffered his only (middleweight) loss to former champion Robert Whittaker (via decision). Cannonier’s opponent, Derek Brunson, is currently on a 5-fight win streak. Cannonier comes into this fight as the favorite to beat Brunson. His striking is superior to Brunson’s, however, Brunson has the ability to control the fight if he’s able to take Cannonier to the ground. When I asked Brunson how he matches up with Cannonier, he simply replied “skill for skill, it’s not even close.”

UFC 271’s Co-Main event is headlined by some of the baddest heavyweights out there. You have the knock out king himself and Houston native, Derrick Lewis, who currently has the most knockouts in UFC history (13). Lewis goes up against a “banger” in Tai Tuivasa who is currently on a 3-fight win streak. All 3 of those fights ended in a knockout victory for Tuivasa. When I spoke to Tuivasa on media day, he told me that he doesn’t plan on wrestling Lewis and that “the smartest fighter wins and the person who lands the hardest punch wins.” The bad news for Tuivasa though is that Lewis is the hardest hitting puncher that he likely will have faced up to this point in his career. Lewis told me at the pre-fight press conference that he plans to knockout Tuivasa in the 1st round!

Prediction: Lewis via 3rd round KO

The scheduled main event Saturday night is a much-awaited rematch between current Middleweight Champion Israel “The Last Stylebender” Adesanya and former Middleweight champion Robert Whittaker. In their first matchup, Adesanya knocked out Whittaker in the 2nd round. Since then, Whittaker has gone on a 3-fight win streak where he defeated top middleweight contenders Darren Till, Jared Cannonier, and Kelvin Gastelum. Whittaker earned his way back to a rematch against Adesanya who has yet to lose fight in the UFC middleweight division (10-0). The question everyone is asking is how much better has Whittaker gotten since their last Middleweight bout. Whittaker’s last 3 fights have all been won in decisive manner, however, going up against the champ is no easy task. Adesanya has excellent takedown defense where he stuffs 80% of opponents takedowns. Whittaker on the other hand does not have the wrestling or grappling that gives Adesanya any real trouble.

Prediction: Adesanya via 4th round KO