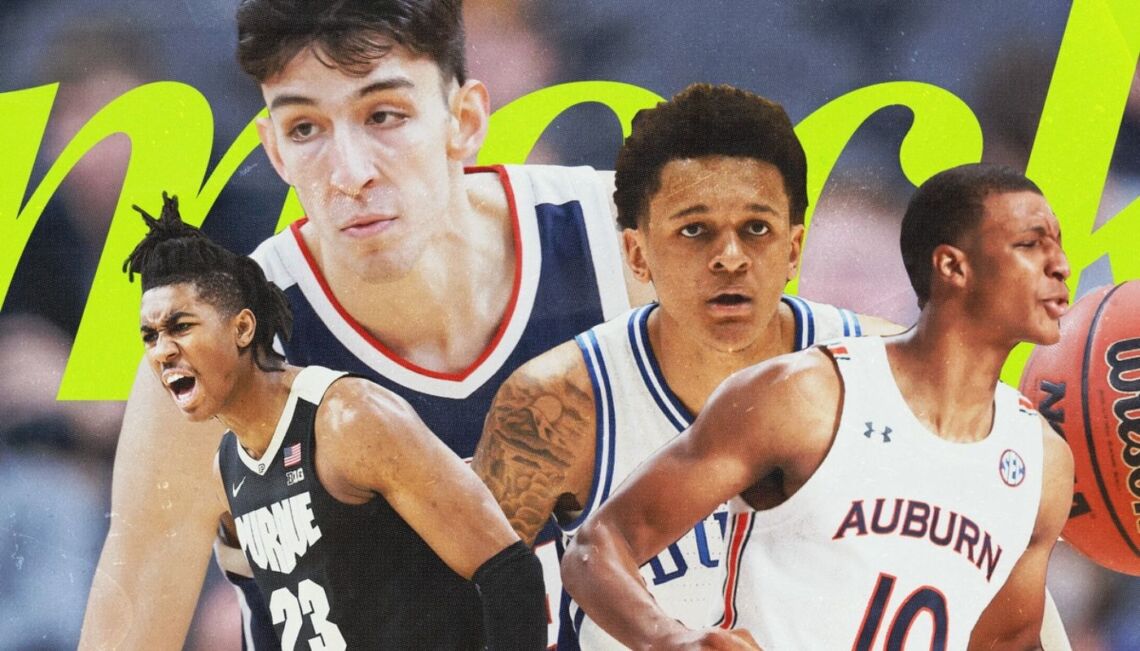 With the trade deadline and now the all-star break in the rearview mirror, a good amount of NBA teams are gearing up towards a playoff push. For others that are on the outside looking in, the focus has been steadily gravitating towards the upcoming NBA Draft. The Houston Rockets are one of the organizations in the latter category and unsurprisingly are looking to speed up their rebuild this coming offseason. Let’s take a look at the post all-star break NBA mock draft, with lottery picks explained.

*Note: a mock draft and a big board are different things; the former is merely a prediction rather than personal rankings of prospects. Draft order accurate as of 2/25/22.

Even though Banchero has struggled shooting the ball throughout the month of February, the talent is there. He’s a three-level scoring big with solid vision and handles; this is a no-brainer for the Magic.

The Pistons selected their point guard of the future in Cade Cunningham last June. and now elect to address the frontcourt. Jerami Grant’s time in the Motor City seems to coming to an end sooner rather than later. Regardless, Detroit should be in ‘best-player-available’ mode and Smith’s upside is extremely high.

Admittedly, I’m starting to warm back up to the idea of Holmgren in Houston. The seven-footer would provide rim protection instantly next season and his offensive potential is sky-high. The defensive fit between him and Alperen Sengun may cause some concerns, but that’s something to be figured out at a later time.

Griffin’s stock has risen considerably since conference play and the Thunder seemingly have their backcourt of the future already in Shai Gilgeous-Alexander and Josh Giddey. If OKC can develop his offensive skill set, there’s no telling how good that trio can be.

Trading for Tyrese Haliburton was a homerun for the Pacers; pairing an advanced scorer with one of the league’s best facilitators is the right move for Indiana, regardless if Malcolm Brogdon is in the future plans or not.

I went back-and-forth here with a couple of different prospects, but ultimately opted to go with offensive upside. Murray is one of the draft’s best scorers and impacts the game beyond the box score. The defensive fit with Domantas Sabonis is questionable, but the benefits outweigh the drawbacks in this case.

I find it hard to believe that Sharpe wouldn’t declare if he received a top-10 grade from scouts, but John Calipari has gone on record stating that he believes Sharpe will be playing for Kentucky next season. If he declares, a team in the top-10 will take a chance on a prospect with one of the highest upsides in the class. Portland will use this offseason to try to put a championship-caliber supporting cast around Damian Lillard and Sharpe would be a great start.

Jakob Poeltl has continued to progress, but the Spurs use this pick to address their frontcourt needs for the future. Duren’s two-way impact, efficiency around the rim, and athleticism are too much to pass up on at pick number eight.

I’m higher on Mathurin than most, and believe his high floor and NBA-readiness would be what Portland needs. The Blazers are in win-now-at-all-costs mode and the Arizona product’s perimeter-shooting capabilities would land him a spot in the rotation almost immediately.

Simply put, the Knicks need a point guard to build around and Washington is the best available. His court vision and perimeter shooting are exactly what the doctor has ordered in the Big Apple.

The Grizzlies are built to be in the playoffs for years to come, but the Lakers’ debacle gives them a lottery pick to bolster their rotation. This spot feels too low for Davis and he definitely may end up in the top 10; in this mock, Memphis goes with an advanced scorer that excels in rebounding for his size.

The Wizards take a swing for the fences by selecting an electric and athletic two-way wing. Brown projects as a rotational player with the potential to be a sure-fire starter in the NBA.

Daniels has shown the ability to impact all facets of the game during his time in the G-league; giving Atlanta another ball-handler that possesses an improving scoring repertoire would be a smart move for the Hawks.

This is an extremely good value pick here for Charlotte considering their main need is interior defense. Williams won’t be relied upon to handle much scoring responsibility, but instead will allow the seven-footer to focus on rim protection and rebounding.

The Rockets elect to take one of the best defenders in the class that can guard multiple positions. Houston already has an athletic, versatile defender that has shown offensive improvement in Jae’Sean Tate, so why not have another?