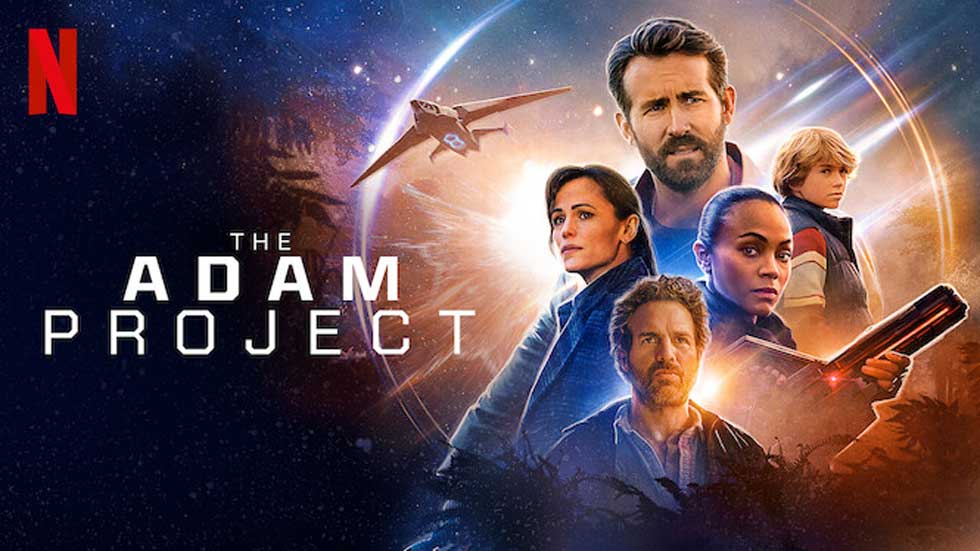 Netflix has money to blow and Ryan Reynolds has the time to blow it….wait that came out wrong…or did it?

That has been the case with his other two Netflix projects (6 Underground and Red Notice) and it’s mostly the same here. The main difference however this go around, is that this film is actually fun.

As the headline indicates, this film is a copy of so many other films. Think of all the family friendly adventure films from your childhood. That’s The Adam Project. That’s it. It’s not any deeper than that.

But just because it’s a copy of Star Wars (there is literally a speeder chase on Endor scene) and E.T. and so on and so forth (name an early Amblin Entertainment movie), doesn’t mean that this movie isn’t a good time to watch. And to be perfectly honest, it’s even easier to get into because you don’t have to leave your couch.

Ryan Reynolds is playing a man with severe daddy issues, and for the most part he sells it. For many of his recent films, it has been the one note sarcastic, quick witted performances that we came to love in the Deadpool films, and every advertisement that he has made since. Some may enjoy that, for others that fastball might be loosing a little zip.

But for this film, and even to an extent “Free Guy”, there was a little more emotional depth. Don’t get me wrong, there is still a part of the movie where he threatens to beat up a child that was the most Deadpool-esque thing I’ve seen since the second film.

The depth and weight to his last two characters I believe is due to his collaboration with director Shawn Levy. The combination of actor and director have found something that actually highlights Reynold’s strengths without overdoing it.

I for one am very interested to see what these two can do with Deadpool 3.

The real star of the show is a young actor by the name of Walker Scobell as the younger Adam. The kid is doing such an incredible Ryan Reynolds impression that Reynolds needs to watch his back or Scobell is going to come and steal the sarcastic throne.

Bad kid actors can really derail a movie. It’s not their fault. They are just kids. But a good kid actor can really elevate a project. That is the case with Scobell. His comedic timing is already better than a lot of Hollywood actors and this was his first film ever. Well done by the casting department for finding this kid. I think he has a really bright future ahead.

While the movie looks good and has a very recognizable story at its core, the plot is very convoluted. If you look away for even a second you will miss some explanation of time travel, and you’ll be lost.

Someone way smarter than me will be able to poke more holes in it than I even care to. In the end it all works out as most of these movies do by basically saying, “because we told you so.” And actually, that’s fine.

There is no need to think about this movie that hard. It’s a fun family sci-fi romp with good comedy and a little bit of heart.

Turn on your TV and give it a watch. Even if it is a copy of movies you’ve already watched a billion times.

Follow Apollo Media’s official Movies/Pop Culture podcast One Take Pod as well @1TakePod. Listen now wherever you get your podcasts. Our latest episode was about the newest Pixar film, “Turning Red”. We will actually be reviewing “The Adam Project” next. Check it out and subscribe.