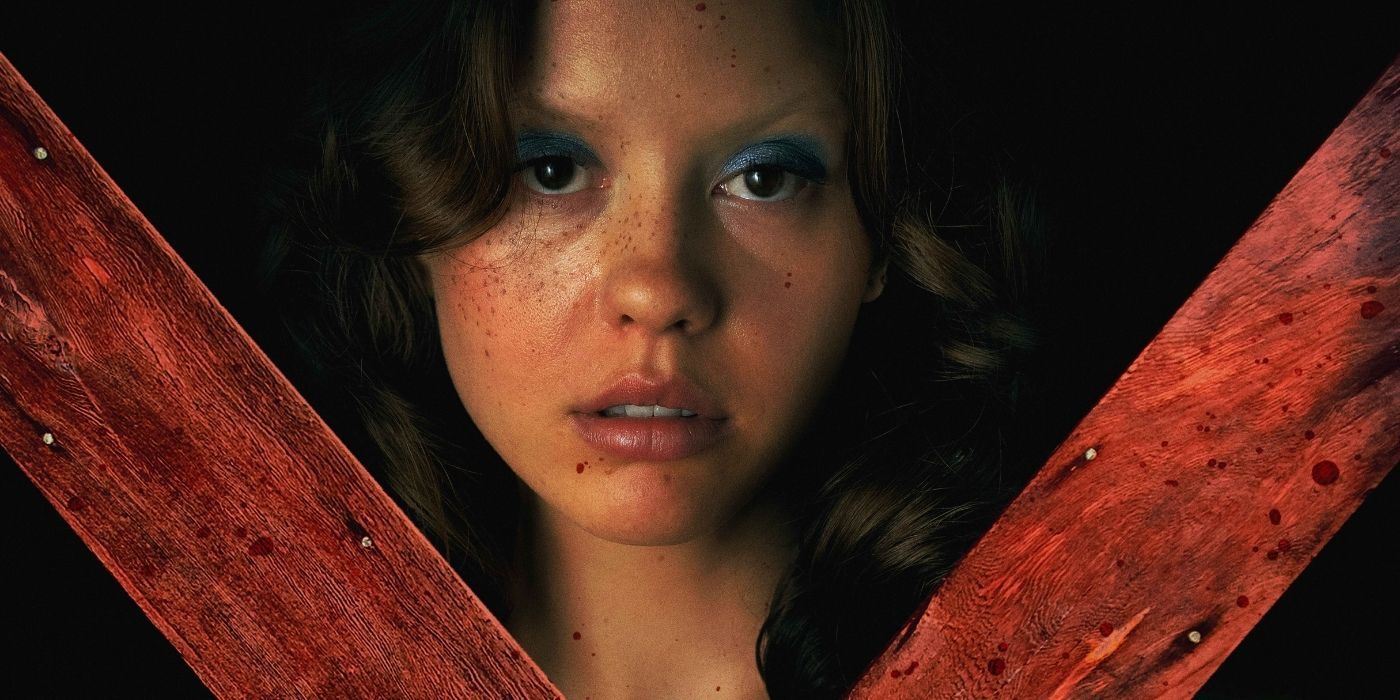 The Slasher genre was once dead. After decades of being a prominent sub-genre, the stove went cold and horror transitioned into something new. New age horror then posed a question; What if we cared and put effort into horror movies the same as any other movie? “Elevated Horror” has now become a staple in cinema with distributors ensuring that scary movies are full of thought and love. A24 has really hammered this into their indie domination plan with pictures such as “The VVitch”, “Hereditary”, “Midsommar”, and many more notable films. “Get Out” even nabbed some well deserved Oscar wins and nominations.

While “Elevated Horror” was impacting cinema, Slashers were waiting in the shadows. Working out. Training. Preparing.

This circles back to present day in which we now have “X”. This brand new motion picture, presented by A24, poses yet another question; What if we elevate Slashers?! I am so excited to write to you that the results are fantastic.

The plot revolves around a young group of adult filmmakers who rent out a barn in order to make a new movie. You can probably guess that something along the way goes wrong. I won’t give away any more plot details because going into this sicko show fresh is the best way to see it.

“X” Is Fresh In More Ways Than One

Right off the bat, the cast and crew deserves a ton of praise for making this movie their own. Every cast member nailed their respective role and I can tell they had an absolute blast. It appears that everyone envisioned a tone and it’s impressive how well they succeeded in that aspect. This movie is a straight up late 70’s style slasher with absurdities that would make Tobe Hooper smile. The retro feel feeds into the movie’s genuineness and presents itself as a long lost X-rated slasher flick. Hence the name!

I can sit here a hoot and holler about the retro film feeling the entire review, but really I want to discuss the artistic and creative choices that really makes this movie shine.

The cinematography and editing is done by absolute sickos. Top notch stuff in a technical regard. Everything from stunning wide shots that take their time in the creepiest way possible to subtle push-ins on scary looking characters. It was a treat if I’m being honest and the entire crew was extremely affective in making me feel uncomfortable.

So much thought was put into every camera pan, every musical cue, all the sound designs, the lighting. The love spills out from the screen and onto the audience as it captivates them with wafts of passion. The tension is always dialed up as the editing and score keeps you restless. The sense of dread is embedded in every still shot as you prepare yourself for the next absurdly creepy occurrence.

So, yes. This film was technical gold and definitely amped up the scare factor. But I will not forget to comment on the beauty in some of these terrifying shots. “X” is a beautifully shot and directed film.

On top of all this, are themes and ideas fit for discussion. Subject matter pertaining to love, sex, and the idea of aging are laced into the story to give it all extra weight. I certainly felt myself carrying it when I left the theater and drove home.

I can confidently say that slasher fans will feel right at home here. Most general horror fans will enjoy this with some being on the fence. As for the average movie goer, I don’t know. As I said before, this movie is rather absurd and that comes from the amount of sex and violence that is presented to the audience. It’s not for the faint of heart.

In many ways, this movie reminds me of “The Cabin in the Woods”. Up front, it is for horror fans. Nay. Slasher fans. “X” brings the same kind of love to the table for slasher movies and completely revamps them. It elevates them.

I believe we have discovered the new age slasher in horror. And I’m not the only one who thinks this. Stay after the credits to see what I mean!

Bottom line, I loved this movie.

Okay, sure I’m a huge horror guy, but that means I can be extra critical of them. This is a great horror movie.

I really do believe this has set the new bar for slasher horror the same way “Scream” did back in 1996. It’s fresh, it’s unique, it’s new. Years from now we will all be throwing on “X” during a Halloween movie marathon. The cult following will come and it will come strong.

“Elevated Slasher” certainly has a ring to it. Go check it out and see for yourself.