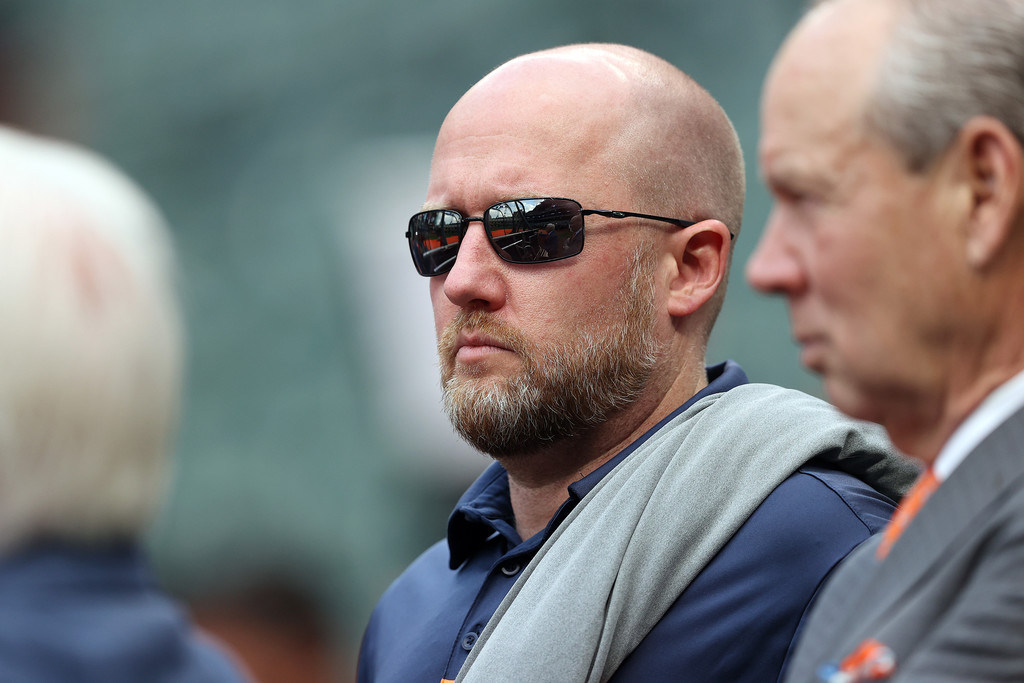 When I first saw that the Minnesota Twins had signed Carlos Correa to a three-year, $105.3 million contract last month, my initial reaction was, “Why couldn’t the Astros sign him to a deal like that?”

It’s a natural question. Throughout this whole saga, we’d been told Correa was seeking to match or exceed Francisco Lindor’s mammoth 10-year, $341 million contract. As a rule, the Astros simply don’t give out those kinds of contracts, therefore a reunion was unlikely. But once it became clear Correa wasn’t going to get it, it seemed natural that the two sides could reunite on a shorter deal with a high average annual value, allowing Correa to test free agency again if he wanted.

Alas, it turns out the Astros apparently weren’t interested in that either, so the franchise icon took his talents elsewhere. GM James Click apparently pursued Trevor Story but didn’t reel him in, nor did he snag any of the other shortstops on the free agent market this winter. He also didn’t grab Starling Marte back in November, who would’ve been the only real center field upgrade available.

Now maybe that’s because the Astros are confident in the guys they already have. Jeremy Pena has looked like the real deal so far this spring, and Chas McCormick can hold down the fort until Jake Meyers returns or until Pedro Leon is ready. But the defending AL champs are not as strong as they were a year ago, at least on the offensive side. What makes that problematic is their payroll is lower than it was last year despite the luxury tax threshold increasing. What gives?

Now it’s not as though the Astros don’t spend at all. They did bring back Justin Verlander, which is even more important in the wake of Lance McCullers’ injury. They’ve signed McCullers, Jose Altuve, and Alex Bregman to extensions in recent years, and they’ve signed Michael Brantley twice. Click also guaranteed $17 million to Hector Neris a year after giving Pedro Baez $12.5 million, and he just extended Ryan Pressly. The team’s payroll has been in the top 10 in the majors for several seasons now.

But in terms of contracts given out to free agents, the longest one the team has agreed to in the Jim Crane era is Josh Reddick’s four-year deal. Brantley got consecutive two-year deals, and Verlander got a two-year extension prior to signing his deal to cover 2022 (and potentially 2023). McCullers, Altuve, and Bregman each signed for five years, but neither had reached free agency at the time of their extensions.

So, in other words, the Astros will spend, but they insist on spending wisely. They refuse to be hamstrung by an albatross of a contract like we’ve seen with the Angels and Yankees. Even if that means letting an important player go, they will not go beyond what they’re comfortable paying. Like it or not, this is how the franchise operates these days.

This also means they’re not going to sign Michael Conforto and slide Kyle Tucker over to center field. While Conforto may come at a reasonable price at this late stage in the offseason, he received and rejected the qualifying offer, so the Astros would lose a draft pick if they signed him. With the farm system being consistently ranked among the bottom third in the game, that’s not going to happen.

The good news is the Astros have room to add payroll via trade if they want to, and we’ve seen them do it in the past, most notably with the Zack Greinke trade. If Pena falters or if center field becomes a black hole, Click could certainly make a move in July. He did a nice job fortifying the bullpen last year, so any assertions that he’s not a good GM are misplaced.

In truth, it’s smart to give your young guys a chance. It worked out with Tucker, Yordan Alvarez, Framber Valdez, Jose Urquidy, Luis Garcia, etc. Even with the team in win-now mode and with established stars on the roster, these young players have been able to prove themselves and carve out roles on this team. With any luck, Pena, Leon, and Korey Lee will do the same over the next couple of years.

That doesn’t mean it’s good business sense to let all your players leave when they hit free agency, and the Astros haven’t done that. I also expect them to retain one or both of Tucker and Alvarez on long-term deals similar to how they did with Bregman. That will allow this team to continue forward with a strong core, and it should keep them competitive for the rest of the decade.

I admit I wanted them to re-sign Correa as much as anyone. He meant a lot to the city and to the team, and I’m sure going to miss seeing him out there. But the Astros will be alright. And even though we may be disappointed, there’s no denying the fact that the guys in the front office know what they’re doing. Not committing big dollars to George Springer already looks shrewd, and Pena and Leon could prove to be excellent players and great values.