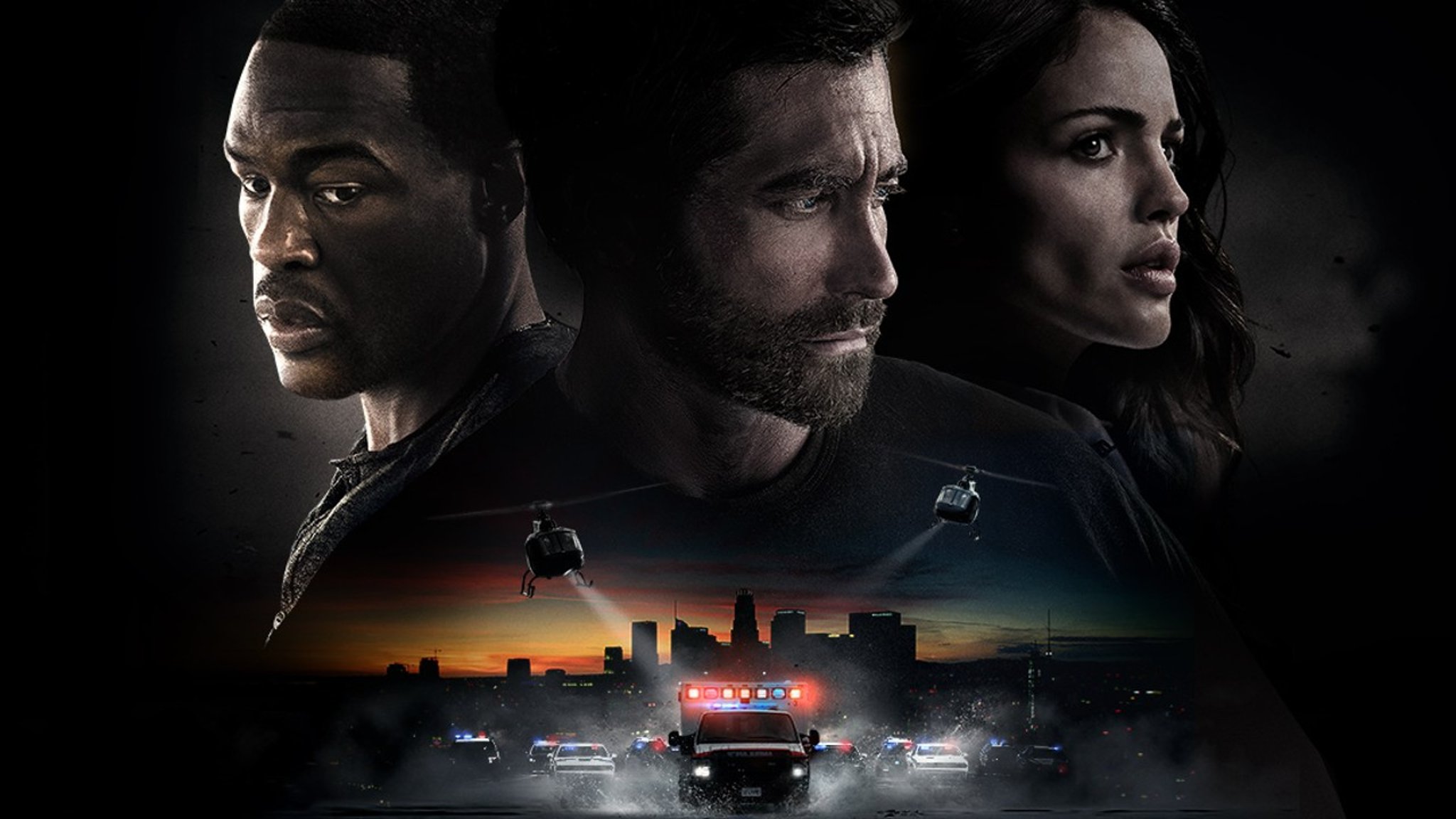 The original headline for this was “Ambulance – Movie review: Cocaine”. That’s just the first word that came to mind when thinking about this ridiculous movie.

But cooler heads prevailed…Unlike Michael Bay when he directed this film.

It’s easy to have been worn out by Michael Bay and his films. The films are usually overlong, overindulgent, and over explode-y.

If we’re being completely honest he has only made one decent film (13 Hours) in between terrible Transformers sequels since 2009.

He has never truly been able to recapture the magic of what made his early films like The Rock, Bad Boys, and even to some extent Armageddon such massive hits.

Ambulance is every bit the manageable chaos that we love Bay for.

Is it dumb, loud, and full of leaps in logic? Yes.

But at the very least it is grounded in some sense of “reality”, and that is just enough to make all the Bayhem work.

It’s a movie about an ambulance in a police chase. Come on…

This movie does not waste any time on backstory of exposition.

We got a guy (Abdul-Mateen). Guy needs money for his wife’s experimental surgery, as guys in these movies usually do. Guy goes to his terrible adopted brother (Gyllenhaal) for a loan. Brother doesn’t have it. BUT he can get you more.

And I actually appreciated the self awareness from Bay here.

“People want to see the Ambulance police chase movie? Well I’m going to give them exactly that!”

No joke, I think they were robbing the bank 15 minutes into this movie.

There was no reason to waste any time getting us into that ambulance and Bay really didn’t.

Once you’re inside the ambulance, it’s a completely different story.

WARNING THE REST OF THIS REVIEW WILL CONTAIN SPOILERS

THEY REALLY DROVE THAT AMBULANCE

Nearly the rest of this 2 hour and 19 minute run time is spent as a chase scene.

Which is fine, it’s what we wanted. But there is almost no concept of time once you’re in the aforementioned vehicle.

It felt like Bay set out to make the chase be the actual length of the film but half way through abandoned that concept because it was too hard.

That leads me to another leap in logic in this film: the injured cop.

Early on in the movie, Abdul-Mateen’s character shoots a cop, who before that tried to spit the worst game ever with a bank teller. Tough day for that guy…

Anyway, the injured cop is bleeding out in the back of the speeding ambulance and is only being kept alive by the best/worst EMT in the city (Eiza Gonzalez).

Is she keeping this guy alive for this two hour runtime, or for what looks and feels like 10 hours. Who knows?

We’ve heard of a hat on a hat, but Michael Bay loves nothing more than putting a disaster on a disaster.

If being chased in an ambulance after robbing a bank wasn’t enough, no we have to perform major surgery in the back of this speeding tank. Insanity.

After Michael Bay found out he could only have a 40 million dollar budget for this movie, he was going to find the most cost effective way to make you feel like you’re on a roller coaster.

How better to do that than drones?

Drone shots are used all throughout this movie. Not only for dynamic action shots. But even for something as simple as a scene change.

Several times throughout this movie, Bay used fast-paced drone shot to fly up the side of building, flip upside down and fly back down. Really for no other reason than it looked cool.

EVERYONE WAS GAME FROM THE WORD GO

Every actor was incredibly aware that they were in a Michael Bay film.

Gyllenhaal from the moment he steps on screen is giving it his all. Now, I’m not really sure what it was that he was giving, but I know it was all of it.

He is unhinged and erratic, much like this movie.

Abdul-Mateen is steady and grounds the film a little bit more but he has no problems trading punches with Gyllenhaal in the middle of a high-speed chase. Or (in a truly baffling and hilarious scene) sharing an air-pod with his brother so they can calm down to the relaxing sounds of “Sailing” by Christopher Cross.

Gonzalez goes toe to toe with both of the stars.

She never lacks for confidence when Gyllenhaal points a gun in her face a thousand times or when she uses a hair clip to save the cop from bleeding out.

She could have been an after thought in this movie but she holds her own.

Also, if nothing else, Michael Bay knows how to give his movie stars movie-star-moments. For example, when Jake Gyllenhaal was hanging out of the ambulance and shooting at helicopters with one hand – all in slow motion – I almost stood up and clapped.

The movie is loud and dumb, but it somehow captures the magic that the we love from the early Bay films.

Because a little part of us says to our self “this could maybe happen.”

For Michael Bay films this is an A+

For normal movies, its a B-

Recommendation: Go see it on the big screen.

You can follow Apollo Media’s brand new official Movies/Pop Culture account @WatchWithApollo. And you can follow the podcast One Take Pod as well @1TakePod. Listen now wherever you get your podcasts. Our latest episode is about Top Gun. We will be dropping an episode about Ambulance very soon. Check it out & subscribe.

In this article:Ambulance, movie reviews, movies and tv, one take podcast

Twenty Eight Conference Tournaments to follow seems like too much for the average fan. Don’t worry, we decided to make a central hub for...