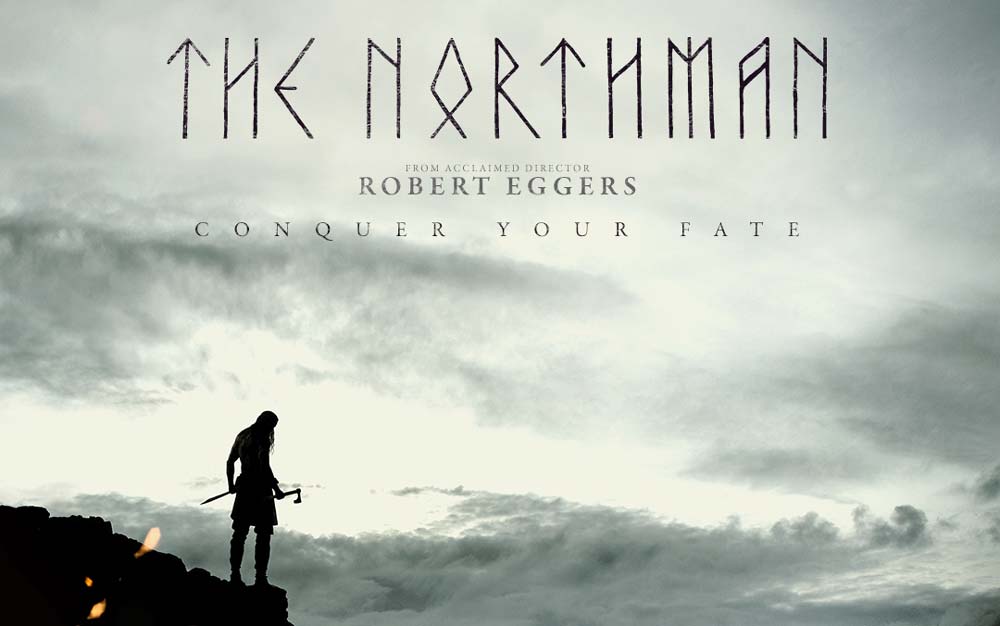 Movies deserve to be considered an art form in the same way we view paintings, sculptures and still photography. I’m not breaking any ground by saying that. Many film buffs will scoff at me even hinting to the notion that some people don’t consider movies to be art. But I would go a step further in saying that more than any other art form, movies should also strive to be entertaining.

That is why most people (me) go to movies. People want to be entertained. People want to escape from reality for two hours, eat bad food, get a stomach ache, and then engage in the public discourse about what they just watched.

If filmmakers can merge their art with thrilling entertainment, that’s when they can truly transcend into the pantheon of beloved moviemakers. Think Spielberg, Scorsese, Coppola, and more recently Quentin Tarantino and Bong Joon-ho.

Robert Eggers isn’t there yet but he gets incredibly close to finding the formula with The Northman. The only problem is, he may never come this close again.

Eggers was met with critical acclaim and modest financial success for his first two feature films, The Witch and The Lighthouse. Both incredibly stylized and wonderful looking films that can sometimes be a chore to get through for the average Joe.

The Northman is way more accessible than either of his previous two films. It’s a straight up revenge tale ripped from the story that inspired Hamlet. Or for the uninformed like me, The Lion King.

Part of the reason this film is more palatable than his previous two movies is how simple the story is, but also thanks to the film nerd boogeyman known as “studio interference”.

After the positive reception The Lighthouse received, Eggers felt it was a good time for him to try and secure funding for his epic revenge fantasy that he has wanted to make for some time. Focus Features (a “smaller” studio under Universal) was happy to oblige, and gave Eggers more money than it cost to make his other two films combined.

Obviously, the studio wanted a movie they could sell. Think Braveheart or The Gladiator. Eggers – being the meticulous creator that he is – wanted a more period accurate, thought provoking, slower paced movie.

The middle ground that they were able to find actually worked, and they’ve put together a film that we won’t see the likes of for some time.

This movie has blockbuster practical action to match its heavier themes of purpose, revenge and destiny.

Every stitch of clothing and every wooden hut is period accurate and shot to perfection…Also an impossibly ripped Skarsgard catches a spear mid-air and throws it back at the person who originally threw it.

Characters debate what it means to be alive and if revenge will truly bring you peace in this terrible world…Also Skarsgard and Claes Bang fight naked in an active volcano.

I’m not saying those two things were specifically studio interference, but it felt like a melding of the minds of people who know how to sell a movie and a man that can make it look epic.

And don’t get me wrong this film is way more deep and strange than films like the Gladiator will ever be.

Eggers still has no problem digging into the mysticism that is Viking lore and culture. Characters are on mushrooms for a lot this film. So obviously some weird stuff is going to happen.

But as I said earlier, I’m unsure if we will ever see this from Eggers again. At least not for a long time.

The movie is not doing the numbers that the studio hoped at the box office. As I write this, the film sits at a little under $24 million made worldwide. Not a great start for a movie that I’m sure studio execs wanted to make well over $100 million by the end of it’s run.

Also Eggers has talked about how difficult it was for him as a filmmaker to not have final cut and make the film that he has has seen in his head for years.

He even said (possibly as a joke) that he would like to have had this film be in old Norse.

That is why I believe that studio input was actually good in this instance. Because if we’re being honest with ourselves, maybe 10 people would see the movie Eggers wanted to originally make. And now, thanks to the power of compromise, more people than ever will have seen a Robert Eggers film. More people will get to experience a movie with actual depth and something to say. More people will get to see what it looks like when a truly expert craftsman is given the proper tools to build something that I believe people will revisit again and again.

Recommendation: Go see it in the movie theater. Let the sound of the drums wash over you. But don’t take your kids like someone did in my theater. That was weird.

For an even more in-depth review of The Northman with even more jokes, you can watch us talk about it on our YouTube channel.

You can follow Apollo Media’s brand new official Movies/Pop Culture account @WatchWithApollo. And you can follow the podcast One Take Pod as well @1TakePod. Listen now wherever you get your podcasts. Our latest episode is actually about The Northman. Check it out & subscribe.