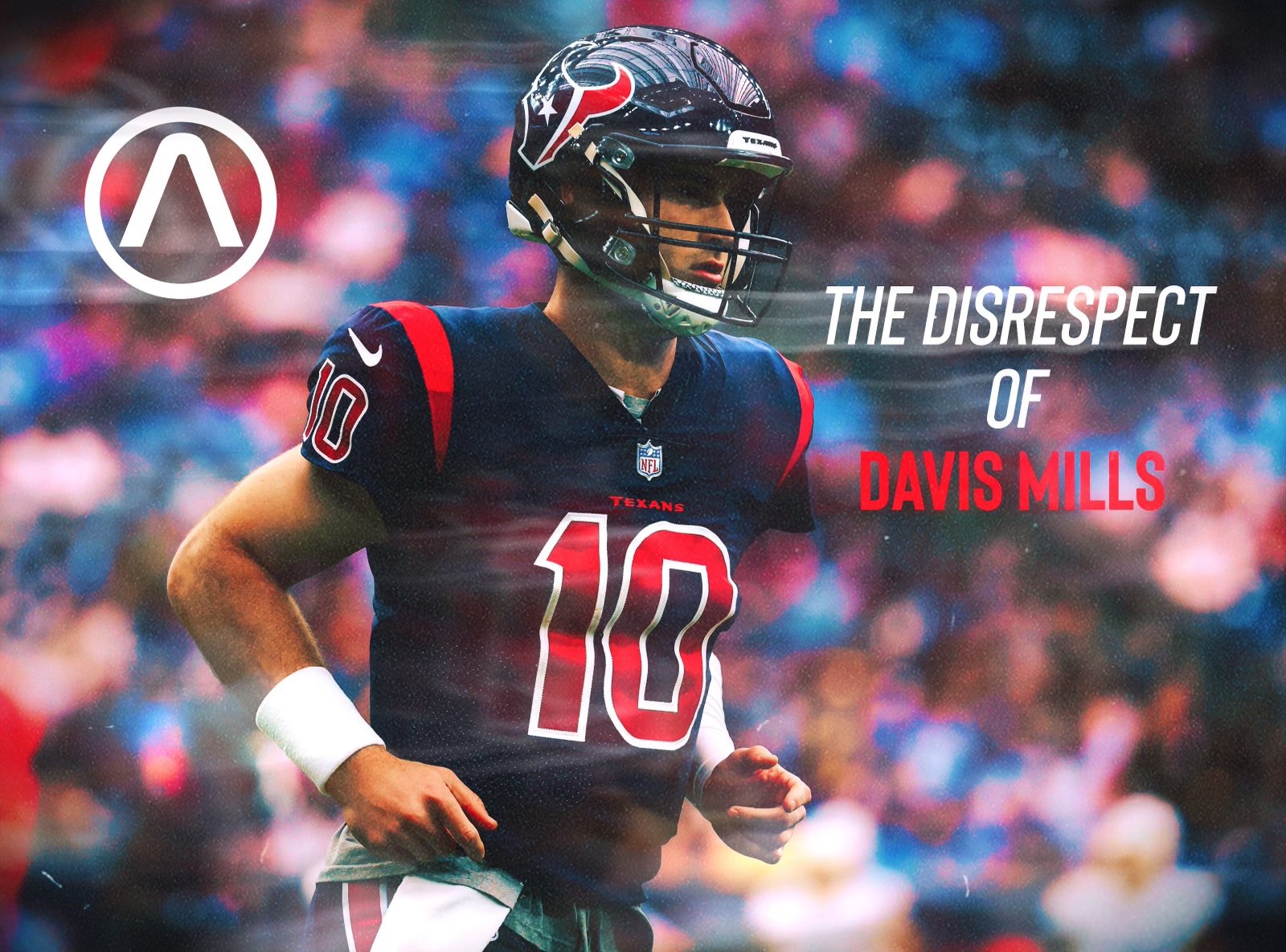 Get a load of this bullshit:

I’m literally on my knees begging these people to invest the two seconds it takes to peek at the stat comparisons between last year’s rookie quarterback class. If they possess even half a brain, they’ll see that ranking Davis Mills anywhere outside top 2 is simply wrong, and that’s without considering the fact that he played a whole SIX games less than the only 2 guys who had him beat in passing yardage.

While it’s quite annoying having to listen to the uneducated rambles of those who underestimate the the Milly Rocker, it’s nowhere near as infuriating as witnessing the UTTER DISRESPECT being dished by several media members who’re apparently just disregarding him all together!!?

I mean, c’mon. Davis was the 8th QB selected in the 21′ draft, taken behind guys like Kyle Trask & Kellen Mond… He was thrusted into a seemingly impossible situation & found a way to turn a historically bad team into a fun watch on Sundays. Sure, it took him a few weeks to get his footing, but as soon as he did he was off to the races; Buddy went berzerk there for a handful of games. He even put the icing on the cake in Houston’s final game of the season by posting a 128.5 passer rating against the Titans, securing him the most games amongst all rookie quarterbacks with a 125+ passer rating (3). I’m know I’m not crazy in thinking that there’s a reality where Davis gets the rock earlier in the season and just runs away as the undisputed best QB out of the class. Nevertheless, there doesn’t appear to be a damn soul outside of Houston who believes that Davis Mills can be THAT guy…

I think it’s pretty obvious at this point that Nick Caserio sees something in the 23-year-old by the way he’s scrambling to sure up pieces around him. The Texans’ new regime of front office personnel has shown that they could care less about schematics (limited experience, past injuries, etc.) – they’re shooting from the hip, aiming for pure talent, and subsequently developing a trend of acquiring high-celling players. Houston seems confident that Mills fits that mold, and with how few games he played at Stanford (only 14), I’m not sure if anyone really knows just how high this guy’s celling may be!

BUT STILL… he continues to be dealt disrespect. Even a great football mind like Kyle Van Noy, who knows way too damn much about the game to ignore the gunslinger off 610, doesn’t even know what the guy’s first fuckin’ name is!!!

Let it be known that y’alls irreverence has been noted, and will not be soon forgotten. I myself plan to be on the right side of history. I can’t wait to yell my “I TOLD YA SO”s as yet another Houston athlete seizes the national media’s chin, and forces them to acknowledge the greatness that they so desperately tried to ignore. It’s Millz szn baby.