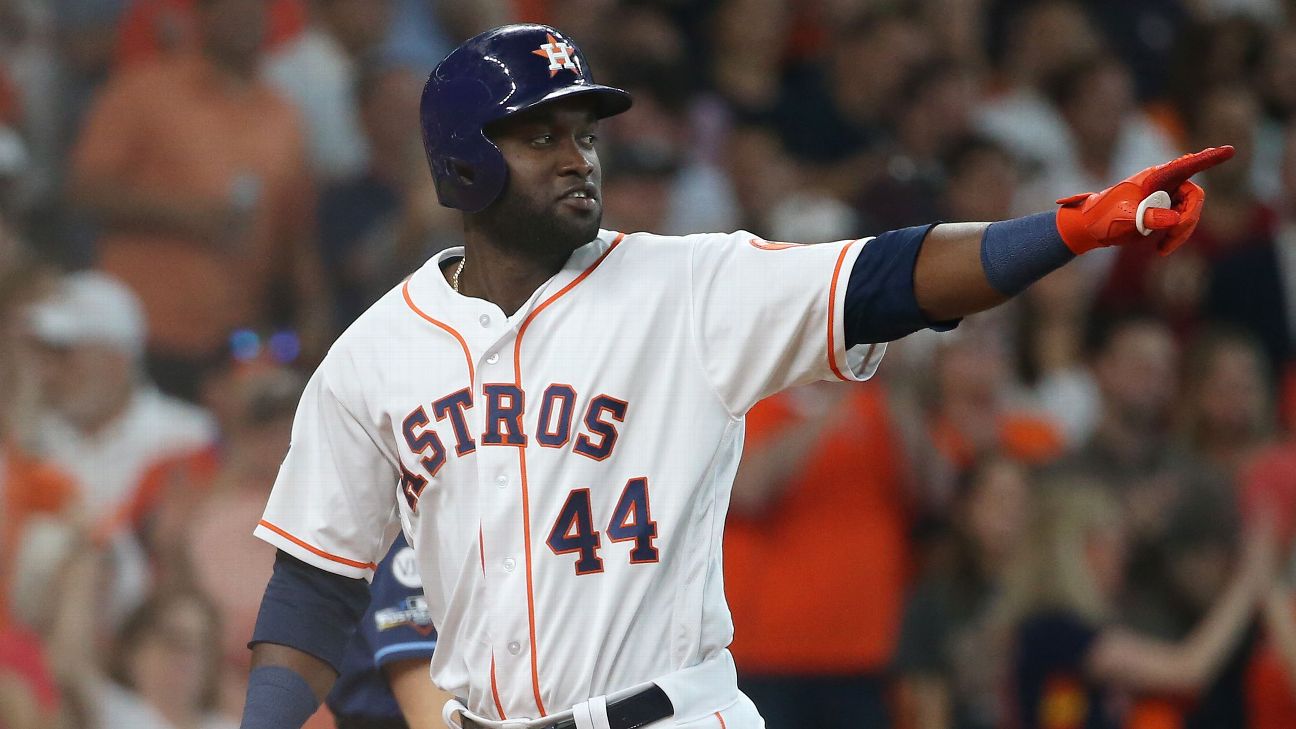 When you have a 24-year-old slugger who’s widely recognized as one of the best hitters in the game, it’s usually a pretty good idea to ensure he doesn’t leave. That’s exactly what the Astros have done, signing Yordan Alvarez to a six-year extension that begins in 2023. The deal will pay him a total of $115 million, the largest deal ever for a DH.

Alvarez is in the midst of another excellent season, slashing .272/.367/.574 with 14 homers in 45 games played. He hit 33 homers with 104 RBIs in 2021 after bursting onto the scene in 2019 to win the Rookie of the Year award. Simply put, whenever he’s in the lineup, he’s been a force to be reckoned with. That’s been true since the day he was called up to the majors.

There are concerns, of course. Knee injuries wiped out all but two games of the 2020 season for Alvarez, though he’s largely been healthy since then. He started 39 games in left field in 2021 and has started 18 games there in 2022. His metrics are slightly below average, but far from atrocious. Still, with Michael Brantley set to hit free agency this winter, there should be plenty of DH at-bats to keep Alvarez healthy moving forward.

After famously being acquired from the Dodgers in 2016 for middling reliever Josh Fields, Alvarez has done nothing but rake. He’s hit for average and power and proven to be a great run producer. He’s also relatively matchup-proof, with a career .966 OPS against righthanded pitchers and a .914 OPS against lefties. Oh, and he can hit in the postseason, as evidenced by his 2021 ALCS MVP award.

There’s also evidence that he may be getting even better. Excluding his two-game cameo in 2020, Alvarez currently sports the best home run rate and lowest strikeout rate of his career. His average exit velocity and hard hit rates are career-bests in spite of the deadened ball, and his walk rate is also improved over his 2021 mark.

Surprisingly, his numbers could be even stronger. His current batting average on balls in play (.259) is well below his career average (.322), indicating some bad luck. With some positive regression in that stat, Alvarez could easily be putting up MVP-like numbers. His 14 homers are second in the AL, and he’s on pace to hit 44 for the season. Only three Astros – Jeff Bagwell, Lance Berkman, and Richard Hidalgo – have hit that many homers in a season.

If Alvarez remains healthy, this deal could allow him to cement his place among the best hitters in franchise history. We could very well be talking about him alongside the likes of Bagwell and Berkman. Bagwell is the Astros leader in home runs with 449, and it’s certainly possible that Alvarez eclipses that number if he spends most or all of his career in Houston.

Beyond that, this deal shows the Astros’ plan to remain competitive over the rest of the decade. Alex Bregman and Jose Altuve are both under contract through 2024, and they have Lance McCullers locked up through 2026. There’s still plenty of young talent on the team and in the minors, and if the front office can lock up Kyle Tucker, they’ll be in a great spot.

In this article:Houston Astros, yordan alvarez