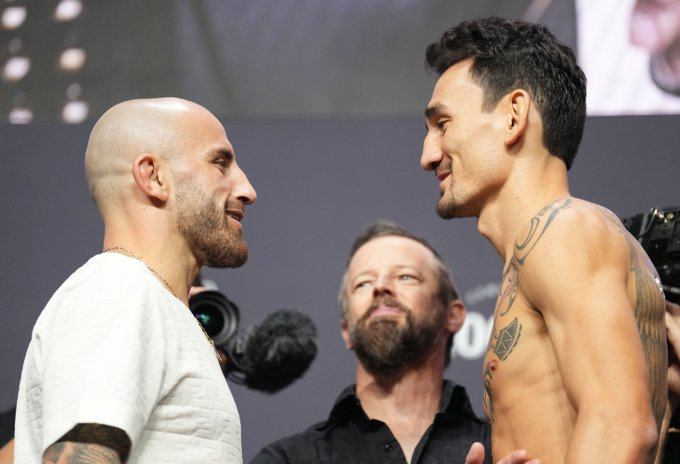 Kicking off one of the biggest fight cards of the year during International Fight Week is the Bantamweight bout between Sean O’Malley and Pedro Munhoz. This will be a great test for O’Malley as it will be his first time fighting an opponent currently ranked in the top 10. O’Malley has been hyped up by fans and by the UFC since his days fighting in the Ultimate Fighter. O’Malley’s opponent, Munhoz, is as tough as they come and has never been knocked down in his UFC career.

Although O’Malley (-275 odds favorite) is a knockout artist in his own right, it will be as difficult as any to knockout let alone knockdown a tough opponent in Pedro Munhoz. On the flip side, if Munhoz wants to pull off the “upset,” he’ll have to chop away at O’Malley’s legs. O’Malley has been questioned for his durability. The one blemish on his record is the loss against Marlon “Chito” Vera.

A legend in the sport of mixed martial arts, Robbie Lawler, goes up against Bryan Barberena in an Welterweight bout. Lawler, the slight odds favorite in this matchup (-120), has his work cutout for him against Barberena who has fought some of the toughest opponents (Covington, Edwards, Luque) this welterweight division has to offer. Although Lawler is the better fighter standing up, one must question his ability to win this fight at this point of his career. Lawler is 40 years of age and is only 1 – 4 in his last 5 fights. Barberena is coming off 2 wins and has youth on his side. I feel as though Lawler’s toughness and durability will aid him in this fight, but will ultimately not be enough to win this one against a younger Barberena.

The middleweight bout between Sean Strickland and Alex Pereira will have huge title fight implications if either fighter goes on to win. Strickland, who has been “stirring the pot” as of late, is on quite a bit of a roll. He’s won his last 6 fights in a row. His comments towards Adesanya during the pre-fight press conference set the stage for a future matchup between the two if Strickland continues to win. However, Strickland goes up against the only man to ever knockout Adesanya in a professional fight: Alex Pereira.

It’s clear that the UFC signed Pereira because of his history with Adesanya. Pereira, an extremely dangerous kick boxer, is now 2 – 0 in the UFC. With the power that Pereira possesses in both his legs and hands, he will have the advantage standing up. If Strickland can manage to take this fight to the ground, he will have the advantage being more experienced in Brazilian Jui Jitsu. Strickland will first have to overcome those bruising legs thrown at his way by Pereira which may be too tall of a task.

Prediction: Pereira via 2nd round TKO

Third time’s the charm, right? The previous two fights between Alexander Volkanovski and Max Holloway lead fans (and the UFC) to believe that a third fight between the two featherweights had to happen. Many fans believe that Holloway should’ve been declared the winner in both fights although that is extremely debatable. The two wins that “Volk” has over Max are as far from a “robbery” as fight fans would like to call it.

An argument can be made in the second fight that Max took 3 out of 5 rounds. Nonetheless, Volk came out the victor in a split decision win. It’s been nearly two years since both fighters have met in the octagon. Volk and Holloway both have gotten even better since then. I see the fight playing out much like the last one. Volk’s control time in the octagon may be too much for Holloway to handle. If Holloway can fend off the takedowns and Volk’s forward pressure, then he may have an avenue for victory. Volkanovski is a slight favorite heading into this matchup (-190).

UFC 276 will be capped off with a Middleweight championship title fight between Israel Adesanya and Jared Cannonier. Throughout the week, Adesanya mentioned that this fight against Cannonier will go much like the first Whittaker fight and the Costa fight. Basically, he’s anticipating an early knockout in this fight for the win. That is easier said than done against a guy like Cannonier who possesses a lot of power in his hands. A heavyweight at one point in his career, Cannonier has now won 5 of his last 6 fights at Middleweight.

Cannonier looked impressive in his last fight where he knocked out Derek Brunson with a vicious elbow. Cannonier looks to do the same against Adesanya but he’ll have to catch him first. Because Adesanya is one of the greatest strikers in UFC history, it’s easy for him to keep opposing fighters at a distance especially with those chopping leg kicks. If Cannonier makes the mistake of getting caught while advancing, it can turnout very badly for him.

Prediction: Adesanya via 3rd round TKO