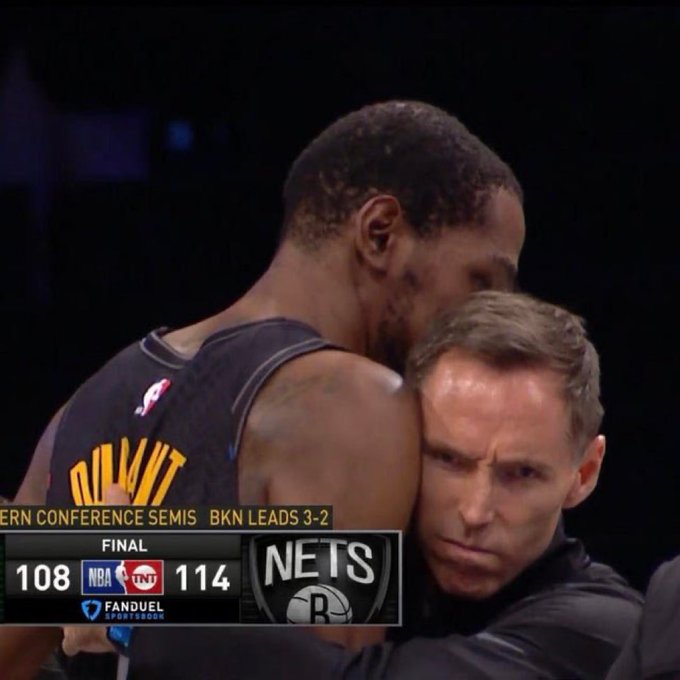 Shams posted the scoop to Twitter first today in the war of breaking news. It looks like Kevin Durant will be staying in Brooklyn after his trade request earlier this summer. Durant recently signed a four-year extension with the Nets, so uhhhh, duh he should be staying there. Although, this is the new era of the NBA where contracts mean almost nothing.

The Brooklyn Nets will consist of the newest big three: Durant, Kyrie Irving, and Ben Simmons. So I’m sure that there will be absolutely no funny business with this team. A notoriously moody seven-footer, that doesn’t like to be called a seven-footer, a flat earth conspiracy theorist, and a guy that hasn’t played basketball for well over a year now. This seems like a recipe for success to me!

In all reality, this is a win for the Brooklyn Nets even if Durant is the pouty version of himself like he was during the 2018-19 season with the Golden State Warriors. He’s probably the best scoring forward ever, and any time you can have that guy on your team, that’s a win. On paper, without any of the baggage that this big three brings, this team should compete for the Eastern Conference title, but basketball isn’t played on paper.

Kobe Bryant tried this way back when with the Lakers, and ended up being a lifetime Laker. Those Laker teams were straight booty cheeks, and they figured out how to make it to three straight finals, winning the 2009 and 2010 titles. I have no faith in the Nets to repeat history and do what the Lakers did during those years. It remains to be seen how Durant staying will affect the Houston Rockets and their draft picks.

This NBA summer started with a bang due to the trade request from Durant and the Utah Jazz implosion. But it’s been all crickets for well over a month now. I’m sure as I finish this blog that there will be a trade for Donovan Mitchell within minutes, and this news will be obsolete because that’s how the NBA works.