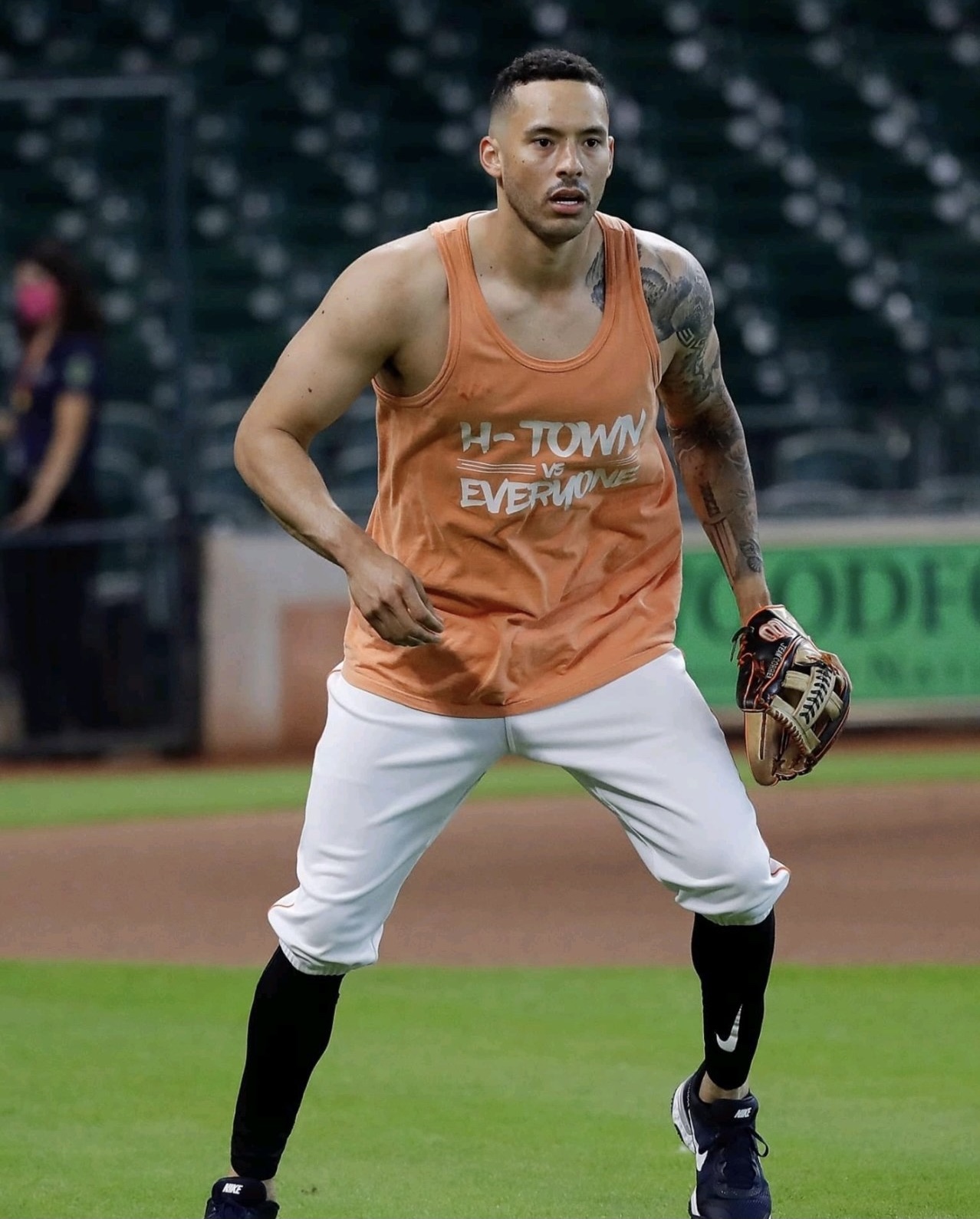 Whether you are here for one year or ten, the city of Houston will ride or die for you if you match the love that the city gives. That’s the cold hard facts. Speaking of facts;

“If you don’t know the facts, then you gotta shut the fuck up”

Carlos Correa returns to Houston for the first time since electing for free agency this past offseason. Drafted first overall as a boy, he became a man in this city – and an October legend. Seven seasons with 133 boombahs, .277 avg, .837 OPS, 2 All Star appearances, a Rookie of the Year, platinum glove winner and a World Series ring. Oh and by the way, only a .272 AVG, .849 OPS, 18 HRs, and 59 RBIs in October. There’s the glove and arm as well, making double cuts from the outfield and gunning runners at the plate, bailing out Altuve at times on double plays and rifling 95 mph bbs across the diamond.

Carlos Correa and George Springer were the faces of the future, when the Astros were blowing it up and losing 100 plus games. The cake was in the oven and we just had to sit and wait. After drafting three years in a row at first overall, Correa was the only player to emerge from 1.1 but you knew when Correa made his debut that he would be the paradigm shift this franchise needed. Little did we know that was the start to the Golden Age and he was the one to lead the charge. I am thankful for all the memories and for becoming the villian during a league wide technology problem.

Additionally, I am super thankful for Carlos Correa because he is the first Astro to give Apollo any notice and any opportunity. We had no idea what we were doing at the time – still barely do – but in the middle of a global pandemic he reached out and the rest is history. Carlos Correa is and will always be a Houston Legend. He will get his standing O pregame, he will get his standing O while he digs in to the plate, deservedly so, and then JV will bust him up with fastballs. That’s the game and that’s just okay with me.

I asked the Apollo Gang what was their favorite CC1 memory. Let’s dive in.

Astros UK: “God that’s difficult. Hmm, honestly he could have 25-30 that would all be equally worthy but I think I have to go with his steepling Crawford Boxes HR special in Game 5 of the 2017 WS vs the Dodgers. That moment just broke me into a million pieces – in a positive way – with the extraordinary rollercoaster of extreme emotions throughout the course of that game. Getting chills just thinking about it.”

Axel: “A recent one, when he took the time to sing Maldy’s praises.”

Ben: “Correa’s 2019 game 2 ALCS extra-innings walk-off against J.A Happ is not regarded enough for what it is: the coolest opposite field piss missile and subsequent pimp job of our time. That picture of him holding his hand up to his ear while the juice box roars behind him is my favorite baseball picture of all time. Debate your mother.”

Astros Future: “Hard to narrow it down to one but if I have to, I would go with the walk-off HR against the Yankees in game 2 of the 2019 ALCS. The hand up at the ear was iconic.”

Spaceman aka Copier Collin: “I know a lot of people will say the hand to the ear, fax or shut the fuck up, so I’m gonna say when he went yard off of Joe Kelly after the pouty lip. Even though we lost that game that was still a fun moment for me.”