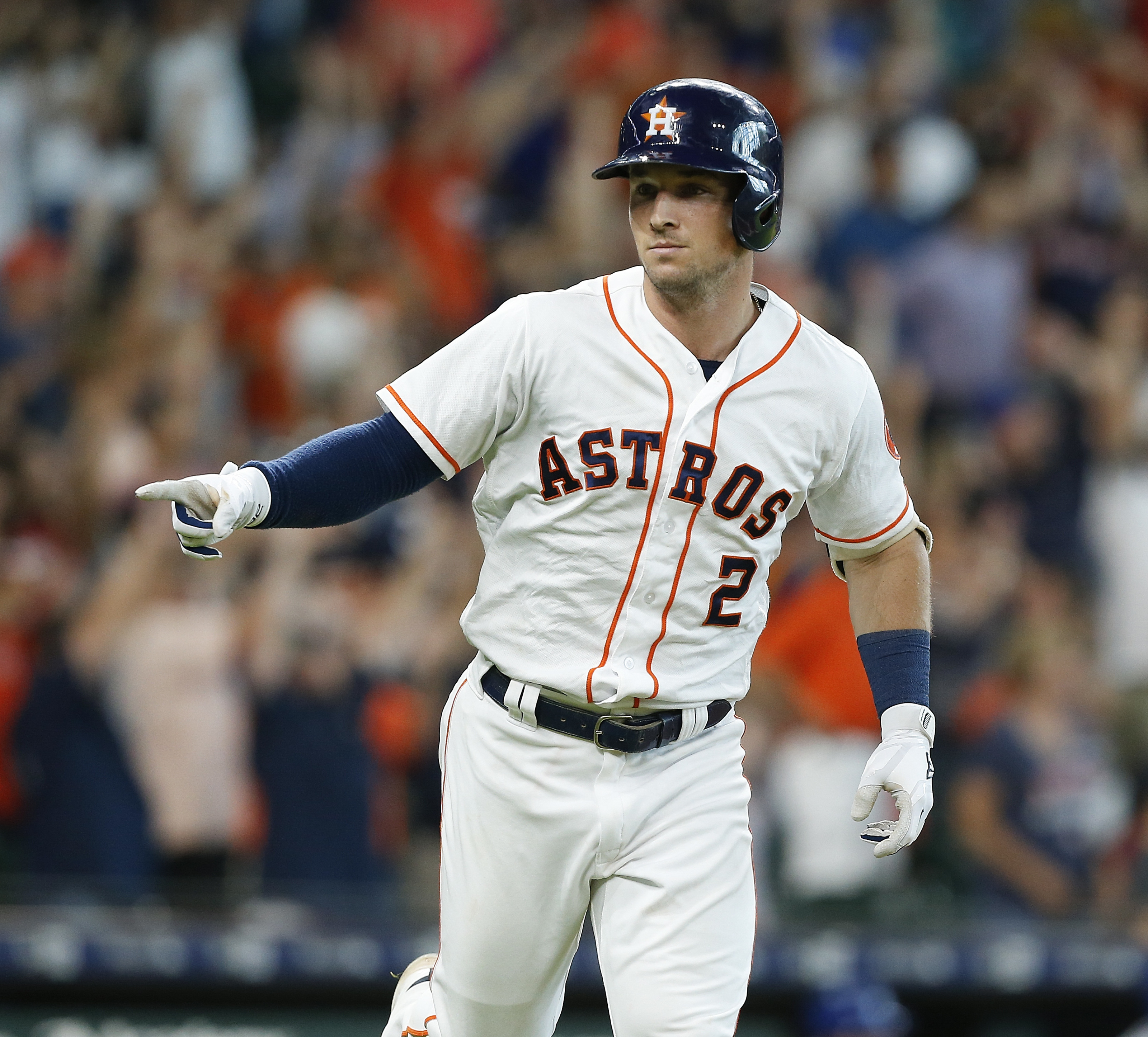 HOUSTON, TX - JUNE 27: Alex Bregman #2 of the Houston Astros gestures to the dugout after hitting a walk-off, two-run home run in the ninth inning to give the Houston Astros a 7-6 win over the Toronto Blue Jays at Minute Maid Park on June 27, 2018 in Houston, Texas. (Photo by Bob Levey/Getty Images)

If MLB doesn’t make Bregs the AL Player of the Month, I will riot and burn everything to the ground at a cosmic level that it would make House Targaryen blush.

Anyone with eyes and some baseball IQ knew positive regression was on its way. The elite vision and OBP was there, that’s tangible results. The process was what was being dialed in and with some adjustments, you have the results of the last 6 weeks.

If you ask my right hand man, Brian LaLima about the nerd stats he might yell at you to grab some pine and a side of wherewithal. BUT we even got LaLima chirping about OPS and the rise of Bregmans OPS to a .847 over the last six weeks, which sits as his 3rd highest in his career and the 3rd highest on this years squad. By the way he’s tied for most hits on the team with Altuve at 115, tied for most doubles with Yuli at 34 and 4th on the team in BOOMBAH’S. The kid is here and the league is so fucked.